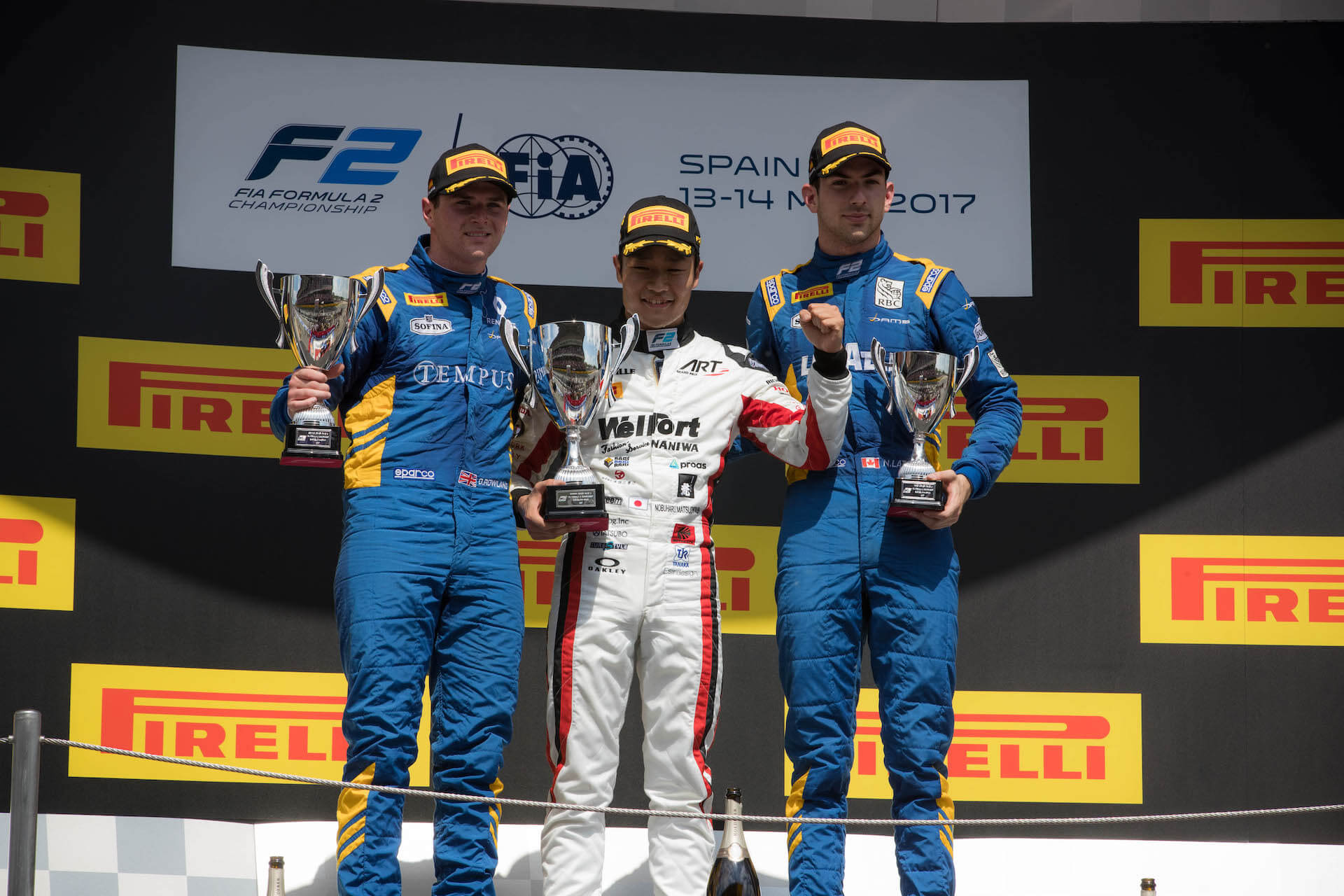 DAMS drivers Oliver Rowland and Nicholas Latifi continued their strong start to the 2017 FIA Formula 2 Championship in Barcelona, with three podium finishes between them.

British driver Rowland produced his best weekend at this level to record a third and second in the Feature and Sprint Race, with Canadian ace Latifi following the Renault Sport F1 Development Driver home on Sunday’s podium.

This result means Rowland takes second in the drivers’ standings, while Latifi moves to sixth. DAMS now shares the lead in the Teams’ Championship.

After going 11th quickest in practice, 24-year-old Rowland kept a cool head in a scorching qualifying session to post the sixth fastest time late on.

Meanwhile, 21-year-old Latifi, who had his best GP2 Series result here last year, was 18th in practice but improved to ninth in qualifying.

Oliver Rowland: “Qualifying wasn’t the easiest, but in the second run we managed to come from nowhere and be sixth, which was positive but still not exactly where we wanted to be. However, we knew anything could happen in the races.”

Nicholas Latifi: “The main area we want to improve is qualifying. We were not as high as we’d have liked to be, but I knew the race pace would be good so remained confident.”

After battling through the field to finish sixth in the first race, Latifi flew off the line in the Sprint event to take the lead. A broken wing mirror distracted him in the final laps and he went off-track, but recovered for third.

Oliver Rowland: “I started sixth in both races and had really good pace. Without the safety car on Saturday I think we would have won. It was Nicholas’ race on Sunday, he did everything right but one little mistake cost him the victory. We scored good points for the championship though and that’s important at this stage.”

Nicholas Latifi: “We were unlucky with the safety car in race one and could’ve been on the podium, but sixth was still good. On Sunday, I just controlled the gap and was comfortable before the broken mirror distracted me. I went wide and lost places, but a double podium is still something we can be happy with.”

François Sicard: “We started the weekend on the back foot and still weren’t where we wanted to be in qualifying. Our pace in race one was fantastic and we were on for a double-podium, however the safety car came at the worst possible moment and it wasn’t to be, but this is still a great result. What happened to Nicholas in race two was really unfortunate, he managed the pace well and was on for the win before he got distracted. Overall, we can be happy to come away with a lot of points and now lead the Teams’ Championship. I’m confident that we can challenge for even better in Monaco.”