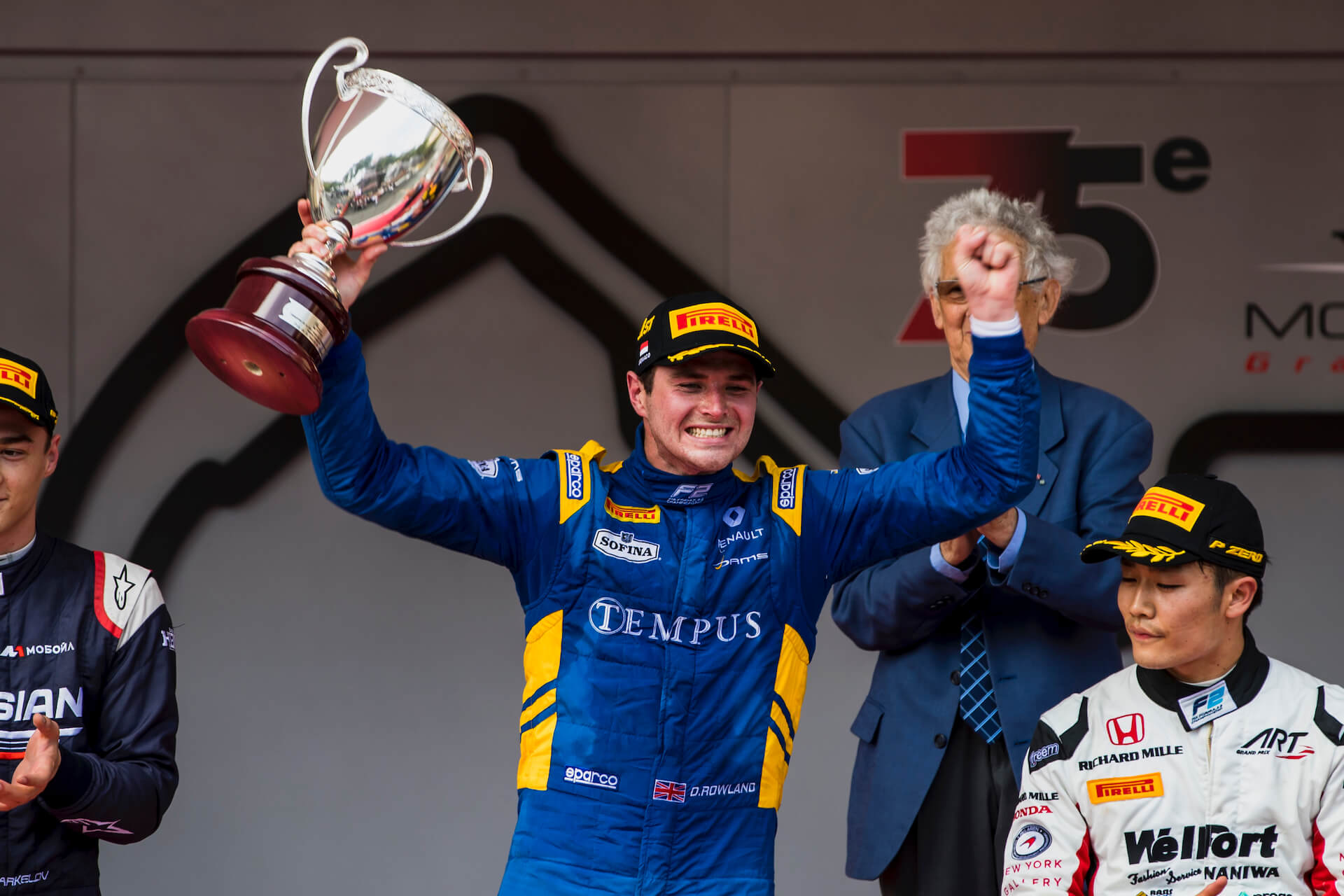 DAMS and Rowland soar to maiden F2 win in Monaco

DAMS and driver Oliver Rowland stormed to a decisive maiden FIA Formula 2 Championship victory around the streets of Monaco in Friday’s Feature Race.

An excellent strategy call and blistering pace lead to the French team’s first win of the F2 era and sees Renault Sport F1 Development Driver Rowland close the gap at the top of the standings to just three points.

A battery failure forced Nicholas Latifi, also a Renault Sport F1 Development Driver, into retirement, but the Canadian holds on to eighth in the championship, with DAMS second in the teams’ standings.

Coming off the back of a double-podium finish in Spain, 24-year-old Rowland quickly got up to speed in Monaco, going third fastest in practice, before his best qualifying performance of the year saw him line up third for race one.

Latifi, who narrowly missed out on his first F2 win in Barcelona, showed consistent pace early in the weekend to go ninth in both practice and qualifying.

Oliver Rowland: “We were on the pace straight away in practice and only just missed out on pole in qualifying. There were a couple of areas we needed to improve, but overall it was a positive start.”

Nicholas Latifi: “The atmosphere here is always amazing. Practice wasn’t perfect, but I was still quite confident of going quicker in qualifying. The lap felt good, but I expected to be a bit higher up.”

In the Feature Race, DAMS took advantage of the safety car to give Rowland the lead, which the Brit comfortably held to take his maiden F2 victory. For the Sprint Race, the BRDC SuperStars driver finished just outside the points in ninth.

Latifi retired whilst running strongly in race one, but the 21-year-old made some impressive overtakes around the tight street circuit in the Sprint to finish 13th.

Oliver Rowland: “The team did a great job in race one, everybody deserves it. Starting from third is never the easiest, but we remained calm and I’m really pleased with the outcome. It’s always difficult with the reverse grid in race two, but overall I’m extremely happy with the win and the points collected.”

Nicholas Latifi: “Race one was a huge shame, as we were the first driver on the alternate strategy and could’ve easily had a top-five finish with how it unfolded. In race two I just tried to enjoy myself. I made some crazy overtakes, which were fun, but overall it’s disappointing to have lost out on some good points.”

François Sicard: “A victory in Monaco is always extraordinary, especially after we won here two week ago with Renault e.dams in the FIA Formula E Championship. The timing of the safety car was fortunate, but you have to be there to win it and Rowland drove a superb race. The points we scored were vital and have really closed the gap in the drivers’ standings. What happened to Latifi was disappointing, as he would’ve been in a great position for the reverse grid on Saturday. Nevertheless, it was a fantastic fight back and he will look to have a stronger weekend in Baku.”

Round four of the FIA Formula 2 Championship will take place at the Baku City Circuit, Azerbaijan (23-25 June).