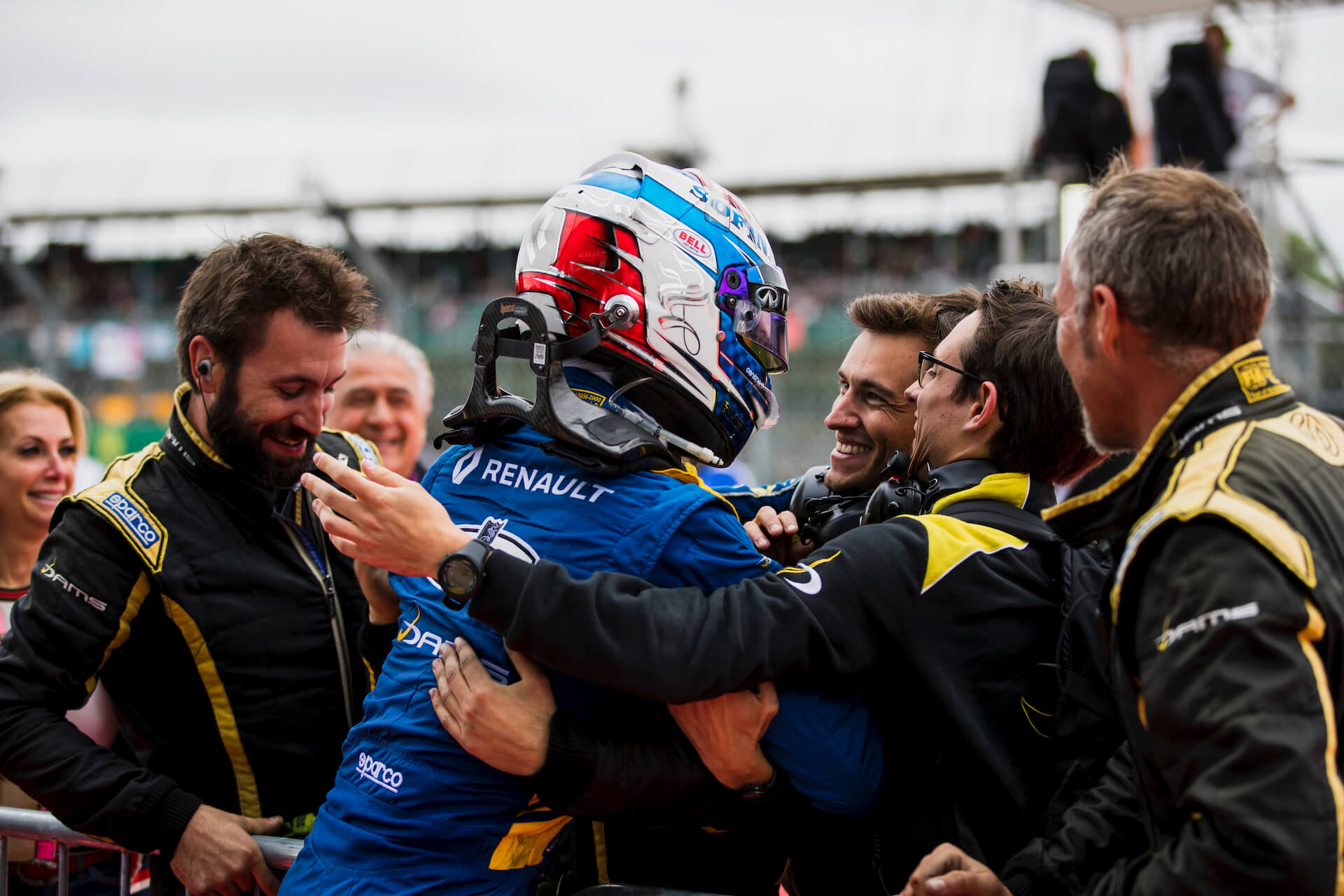 The win was Renault Sport F1 Development Driver Latifi’s first at this level, whilst Briton Oliver Rowland claimed another podium in the Feature Race.

Rowland, also a Renault Sport F1 Development Driver, sits third in the standings, with Latifi fourth. DAMS remain second in the Teams’ Championship, as they gear up for Budapest, Hungary in two weeks.

In front of his home crowd, 24-year-old Rowland went second quickest in Thursday’s practice session, before qualifying on the front row of the grid in second for the first time this year.

Off the back of another podium in Austria, Canadian racer Latifi had a strong start at Silverstone, going fourth quickest in practice and sixth fastest in qualifying.

Nicholas Latifi: “Practice felt great, I equalled my best result with fourth and was confident ahead of Friday. I made a mistake on my fast lap in qualifying and was quite disappointed with sixth, but I knew I could fight with the cars ahead.”

Oliver Rowland: “Best of the rest in both practice in qualifying! The car felt very well balanced and it’s great to start on the front row at your home race in front of the amazing Silverstone crowd.”

In the Feature Race, Latifi fought back after a slow start to claim eighth position and pole for Sunday. The Canadian dominated throughout the 21-lap Sprint Race, comfortably managing the lead to collect his maiden FIA Formula 2 win.

After struggling to get off the line in the Feature Race, Rowland battled hard to record another podium with third place. A rocket getaway from sixth position on the grid on Sunday saw him move into third early on, however, a five-second penalty dropped him to tenth after the race.

Nicholas Latifi: “Race one was probably the trickiest I’ve driven in. It was difficult to follow cars ahead and eighth was the best we could manage. Starting on pole in race two, I got away OK and managed the gap behind. It got close at the end with the safety car, but I’m very happy with my first win and it’s great for the team!”

Oliver Rowland: “I had a slightly slow start in the Feature Race and third was all I could manage. Being on the podium’s great and we showed good pace. I crossed the line fourth in the Sprint Race, but the penalty dropped me out of the points, which is obviously very disappointing.”

François Sicard, Managing Director: “It’s great to see Nicholas record his first F2 victory here! The team are delighted for him – he thoroughly deserves it as he’s very dedicated. Obviously, it’s very frustrating for Oliver to have the penalties. He got one for the safety car restart, on top of the earlier incident. Third on Saturday was great though and we’re confident of getting a good result in Budapest.”

Round seven of the 2017 FIA Formula 2 Championship will take place at the Hungaroring, Hungary (28-30 July).