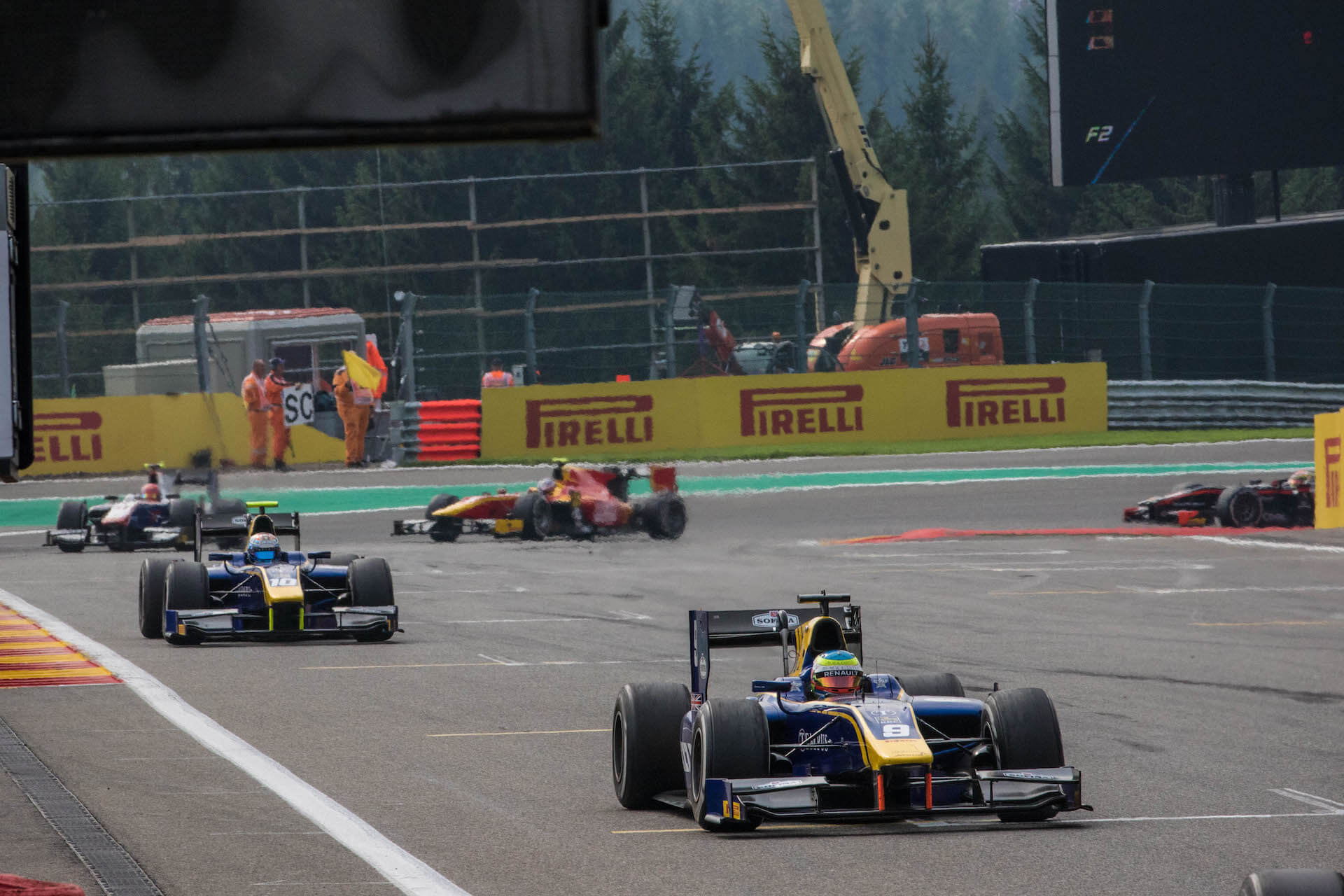 DAMS UNABLE TO CAPITALISE ON STRONG QUALIFYING AT SPA

A number of unfortunate circumstances in the FIA Formula 2 Feature Race meant DAMS drivers Oliver Rowland and Nicholas Latifi were unable to benefit from their blistering qualifying pace at Spa-Francorchamps.

Latifi and Rowland, both Renault Sport F1 Development Drivers, qualified strongly in second and third respectively. However, an engine issue for Latifi and Rowland’s disqualification dropped them out of contention.

Rowland and Latifi produced a stunning comeback in the Sprint Race, the Briton securing a point and retaining DAMS’ lead in the teams’ standings. He sits second in the Drivers’ Championship with Latifi fifth.

Off the back of his second F2 victory in Hungary, Rowland continued to show fine form after the summer break as he went third fastest in practice and qualifying.

Having scored points in his past eight races, Canadian Latifi also continued to star for DAMS, going 10th quickest in practice before storming to second in qualifying, his first front-row start of the season.

Oliver Rowland: “Practice was pretty good and we could easily see where we could gain even more speed for qualifying, but unfortunately it was wet and quite tough.  Third was positive but I could have had pole if I’d had a clean lap.”

Nicholas Latifi: “The weekend started very strongly. We knew the areas to improve for qualifying and second place in the wet showed that we had the pace in all conditions.”

Rowland finished third in the Feature Race following a strong drive, but excessive wear on the underfloor plank meant he was disqualified from the results. Starting the Sprint Race last, the BRDC SuperStar proved his class as he sliced through the field to eighth, lapping up to two seconds faster than the cars around him in the latter stages before a late-race safety car prevented him progressing further.

An engine issue on his way to the grid meant Latifi was unable to capitalise on his superb qualifying performance. Starting the Sprint Race 18th, he stormed through to just outside the points in ninth.

Oliver Rowland: “In the Feature Race we tried to push our rivals into an early stop, but couldn’t and had to do a longer stint on the medium compound tyres. Third was good, but the small technical infringement was obviously unfortunate. I made positive progress in the Sprint Race and am pleased with the result.”

Nicholas Latifi: “Unfortunately, I had a problem with the engine on the way from the pit lane to the grid and was unable to start, which is disappointing because we missed out on a lot of points. It was a good comeback in the Sprint Race, but it was always going to be difficult to finish in the points.”

François Sicard, Managing Director: “We’re all sorry for the engine issue failure with Latifi’s car, which happened after his best qualifying performance of the year. It put him on the back foot for the Sprint Race, but it was a great drive to ninth. Rowland’s disqualification was also a big setback. The topography of the circuit meant that the underfloor plank had worn away too much, which is exactly what happened to the race-winner. His recovery drive in the Sprint Race was superb and we could have had more points if it weren’t for the safety car. We will put this weekend behind us and bounce back even stronger at Monza.”

Round nine of the 2017 FIA Formula 2 Championship will take place at Monza, Italy (1-3 September).