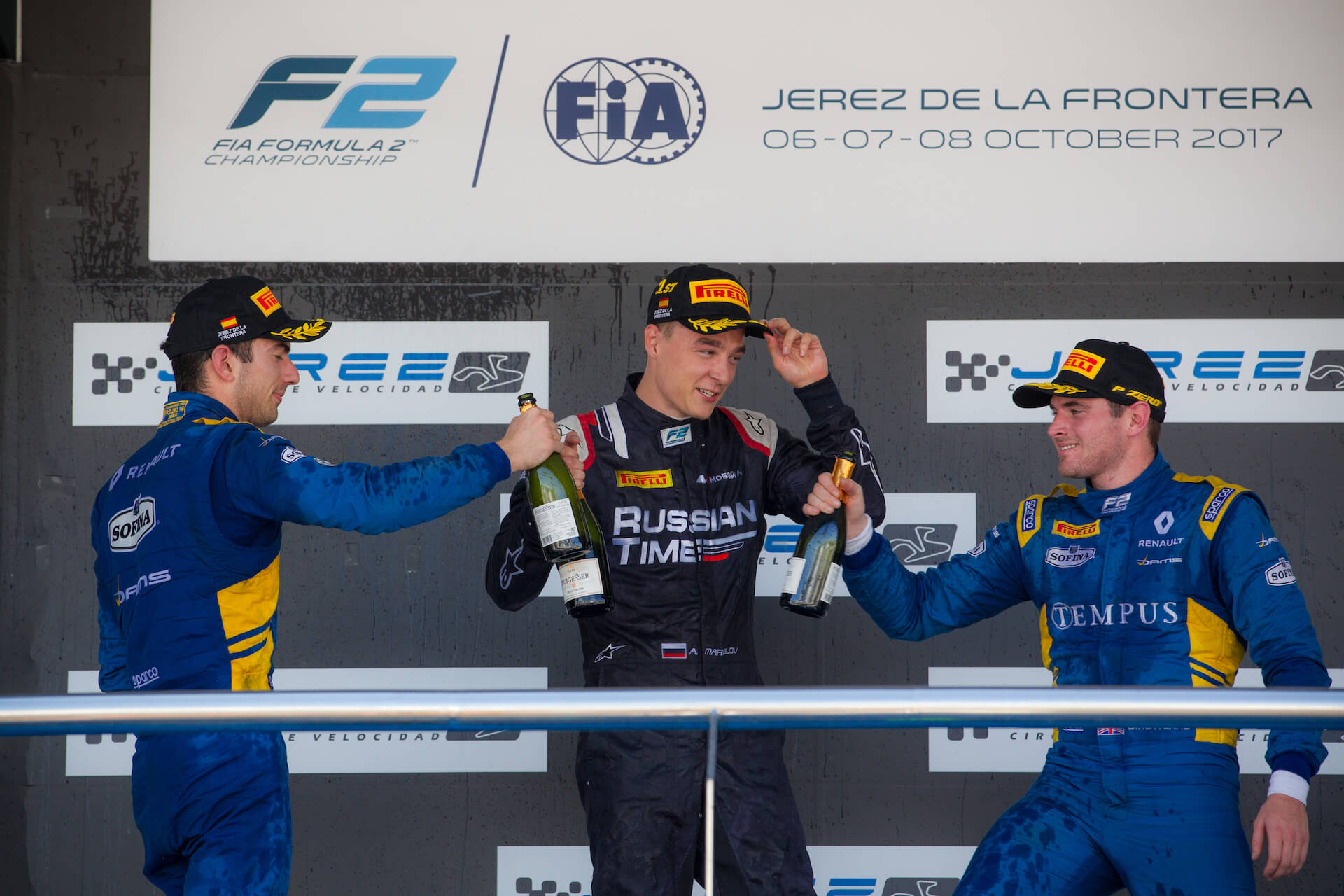 DAMS closed on the lead of the 2017 FIA Formula 2 Teams’ Championship after adding another trio of top-three finishes to their impressive season tally at Jerez, Spain.

Rowland remains second in the drivers’ standings, with Latifi fifth. DAMS are now second in the Teams’ Championship, just two points off the top.

Rowland was quickly on the pace in Spain, going second in practice and qualifying in fourth.

Latifi also showed promising speed in practice with the fifth fastest time, before qualifying in ninth for the Feature Race.

Oliver Rowland: “I felt we could have been on the front row here, but I was unable to put together my best lap. We showed good pace in the long runs though so I was confident for the races.”

Nicholas Latifi: “Qualifying wasn’t ideal, I made a mistake on my fast lap and started a lot further back than I expected to. This opened the door for us to try a different strategy to the guys ahead of us, which we knew could work well.”

Rowland climbed to second before the pit stops in the Feature Race and showed strong pace on the medium compound tyres. After a tense four-way fight in the closing stages, Rowland battled hard to finish second. The Brit then fought to third from seventh on the grid in the sprint.

Opting to start on the medium tyres for the Feature Race, Latifi led the alternate strategy runners. After stopping for softs, the Canadian scythed his way through to finish fourth. Another strong Sprint Race saw him storm from fifth to second after excellent tyre management.

Oliver Rowland: “In both races we were fighting for the win. I was just a couple of tenths away on Saturday, but couldn’t quite do it. It’s a positive weekend overall and we’re expecting to be at the front in Abu Dhabi. It’s another high-degradation track, which we tend to go well at, so I’m optimistic.”

Nicholas Latifi: “With the safety car coming out in race one we could’ve fought for the win, were it not for back markers getting in the way. I had a good start in race two and unfortunately we just didn’t have the speed to get the victory. I’m still happy with the podium and the points haul is great for the team.”

François Sicard, Managing Director: “Both drivers did an excellent job this weekend and have really given us a good shot at the title. No other team has more podiums than we do now this season and the win in both races was just out of reach. It will be a very tense finale in Abu Dhabi, there’s only a few points in the Teams’ Championship so we will be fighting harder than ever for the best result possible.”