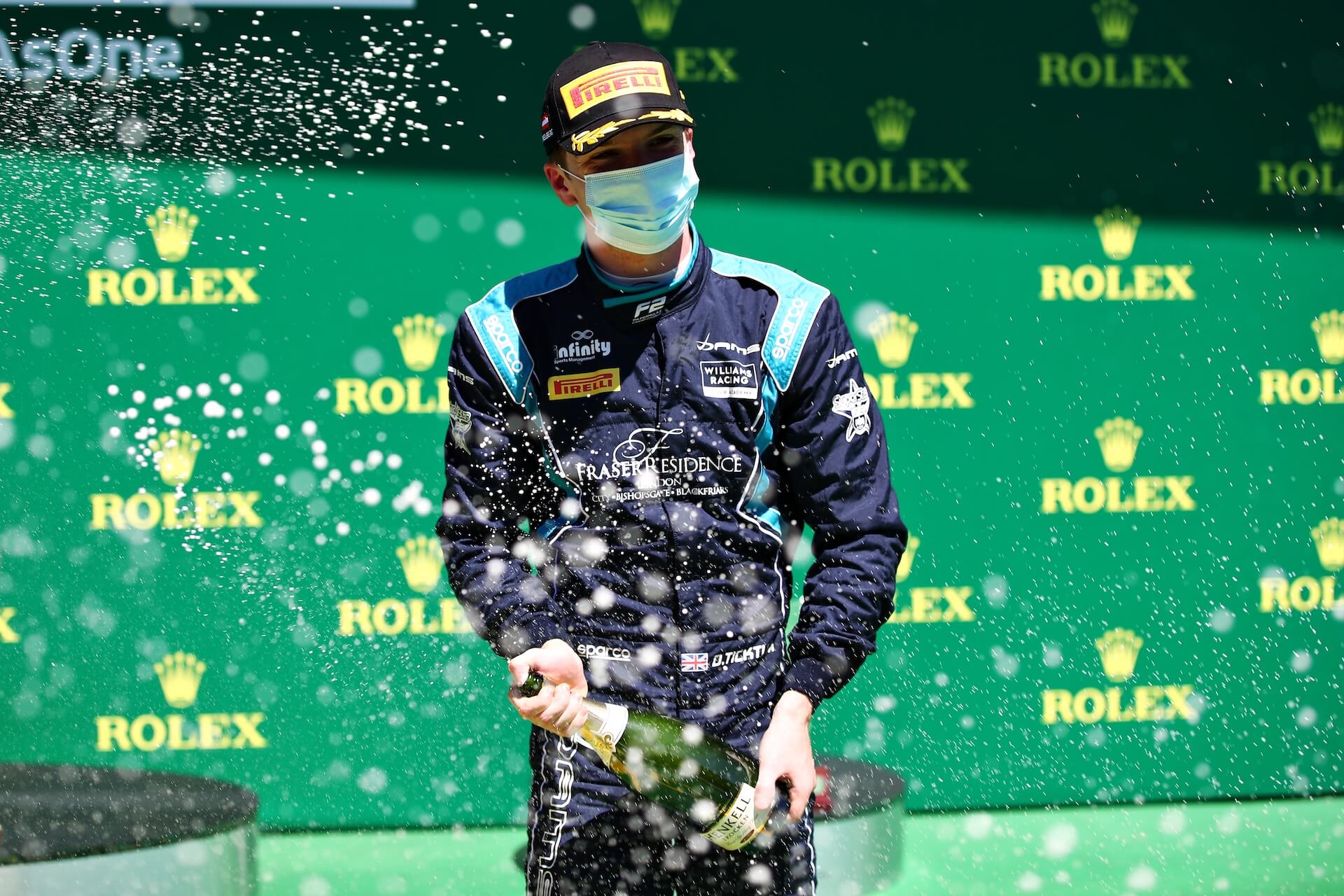 Dan Ticktum: “This was a very strong weekend. The real positive is I still have a lot left in myself. The pace was pretty good across both races and I think I managed the tyres quite well. In the Sprint Race there wasn’t a lot of degradation and the multiple safety car periods let everyone cool down, maybe if it was a more normal race the guys ahead would have struggled. But still this was a good start for us, we just need to keep our philosophy and we should be even better next week with the softer tyres.”

Sean Gelael: “It was a frustrating weekend for me and the team. We’ve shown good pace since testing and unfortunately we had this problem from the end of Free Practice. I believe the car is competitive, Dan showed this as well fighting for the podium, but I’m just disappointed we couldn’t deliver the result. The team is working well, we tried everything but this issue seems to be out of our control. Hopefully next weekend we’ll have both cars running in the points.”

François Sicard, Managing Director: “We’re delighted to be back racing again, the whole team was a bit like lions in a cage eager to get going. Unfortunately, Sean’s weekend was ruined by technical issues. We changed the majority of the parts on Saturday night but we still could not find the problem. F2 is working closely with us to find a solution, which we are grateful for. But Sean’s attitude has been remarkable, he’s been very supportive and I hope we will be able to show his ability soon. The big positive of the weekend is Dan’s podium, he drove two very mature races, especially as he is a rookie and stopped racing in the middle of last year. We have a day off on Monday and then we will begin preparations for the second round where we will try to come back stronger.”