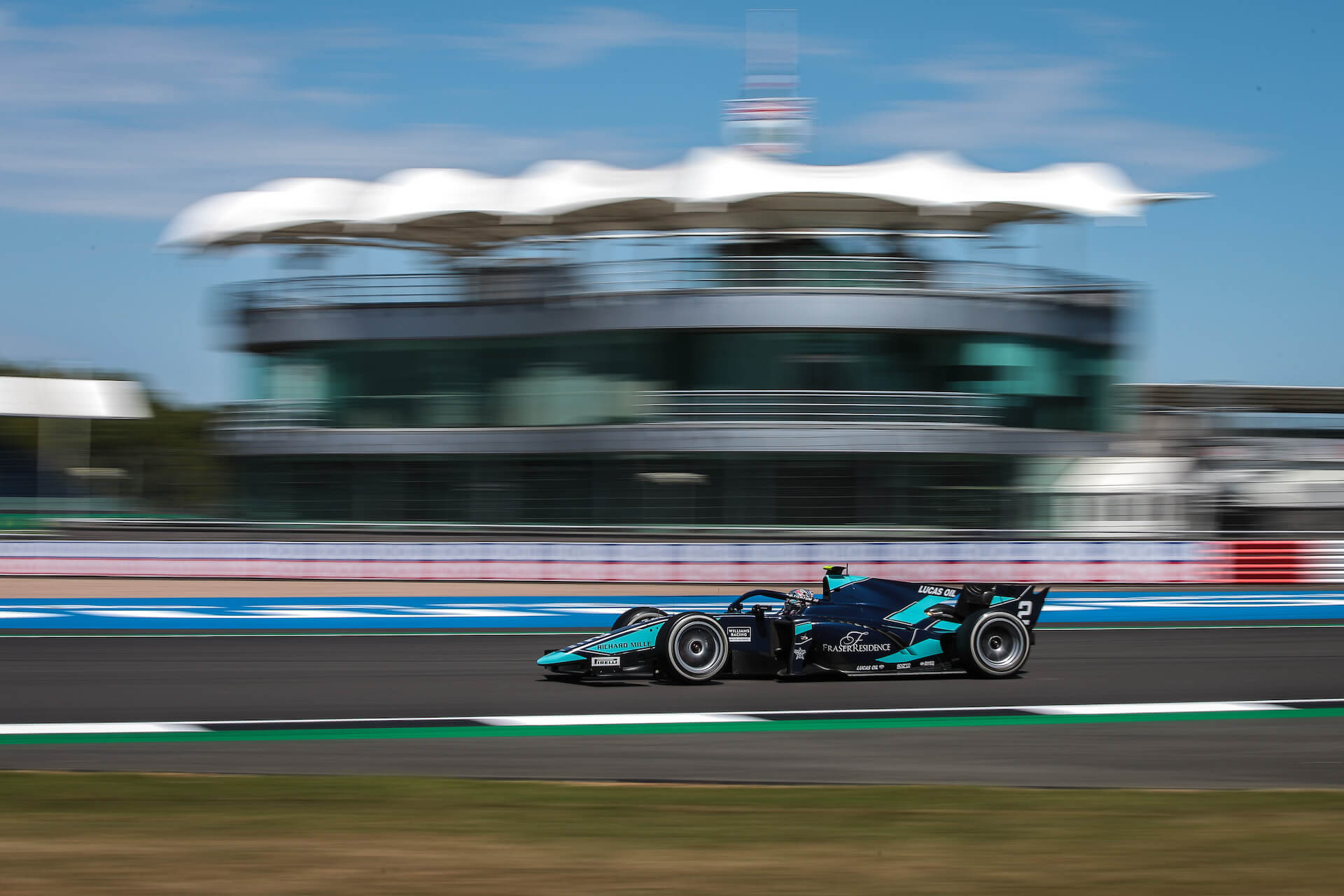 Despite a strong start to the second Silverstone weekend for the FIA Formula 2 Championship, DAMS had to recover from a disappointing Feature Race result to score points on Sunday with Dan Ticktum, while team-mate Sean Gelael suffered engine issues in both races.

Dan Ticktum: “We started the weekend well, it’s clear we’ve made progress with our one-lap pace which we lacked in the previous race. It looked like we were going to score another strong result after our victory last time out, but we suffered so much with high tyre wear that we were on the back foot. Starting from 15th in the Sprint Race I managed to make up places very quickly, it was another very strong start to get into the top 10 straightaway. After that it was just about management and we bagged a couple of points but obviously we expected more from this weekend. Hopefully we can bring everything together in Barcelona.”

Sean Gelael: “It looked like everything was coming together this weekend with strong pace early on. I didn’t put in my second qualifying lap so we were a bit further down than we should have been, but it didn’t matter in the end because we had engine issues in both races once again. It’s extremely frustrating but I know that it’s not the team’s fault and they are doing everything they can to find a solution.”

François Sicard, Team Manager: “The start of the weekend was pretty strong with third and fifth in practice, almost the complete opposite of the previous weekend. The pace was there so we were confident going into qualifying. Dan was fourth, Sean could have been in the top six but a small mistake meant he was unable to get the lap in, although it was clear we have improved what we needed to from last week.

“Unfortunately the Feature Race did not go as expected, the key was tyre management and we struggled with high degradation. Also, once again we had an engine issue on Sean’s car in both races which is something that has been out of the team’s control since the beginning of the season. It’s unacceptable to have such problems at this level, it’s always happening to Sean and ruining his year. We are in discussion with Bruno Michel and F2 about this as something must be done.”

“The Sunday race was pretty good for Dan, we learned from the previous day and showed we can recover and manage the tyres. Hopefully our performance in the second race will help build up to the next round on a similar track in Barcelona.”