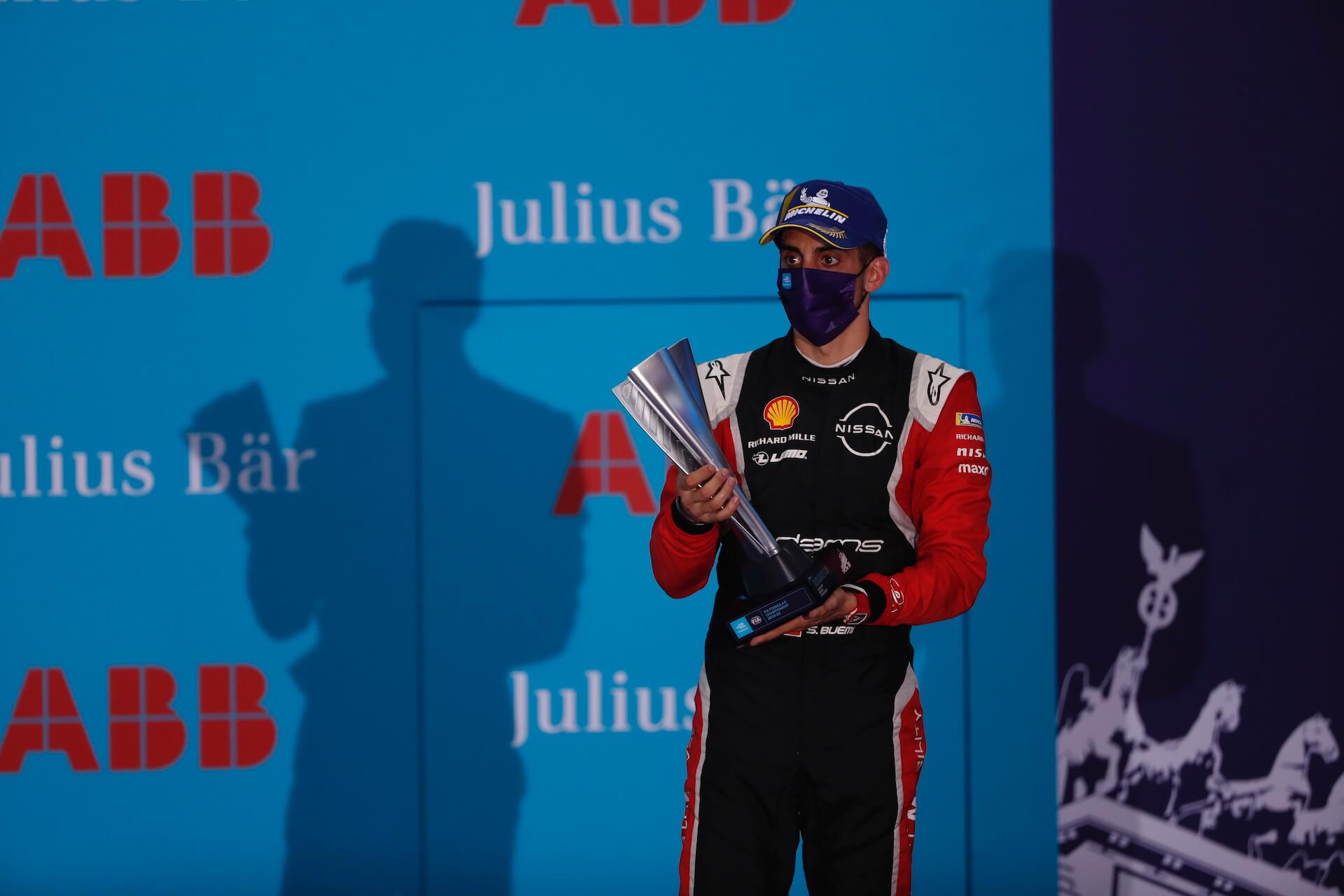 Third podium of the season for Nissan e.dams in Berlin

Sebastien Buemi claimed his and Nissan e.dams’ third podium of the 2019/20 ABB FIA Formula E Championship season to move the squad up to second in the teams’ standings with two races remaining.

The Season Six Finale continued at the Tempelhof circuit with a second race on the traditional layout, where Nissan e.dams locked out the second row of the grid after getting both cars into Super Pole.

Oliver Rowland led team-mate Buemi for the majority of the race in third, briefly running in second as the pair battled for the lead in a five-way squabble. Late in the race, the Brit was passed by the 2015/16 series champion for the final spot on the podium before crossing the line fifth.

The result elevates Buemi to fifth in the drivers’ championship with Rowland now ninth ahead of the final two races on an extended layout of Tempelhof.