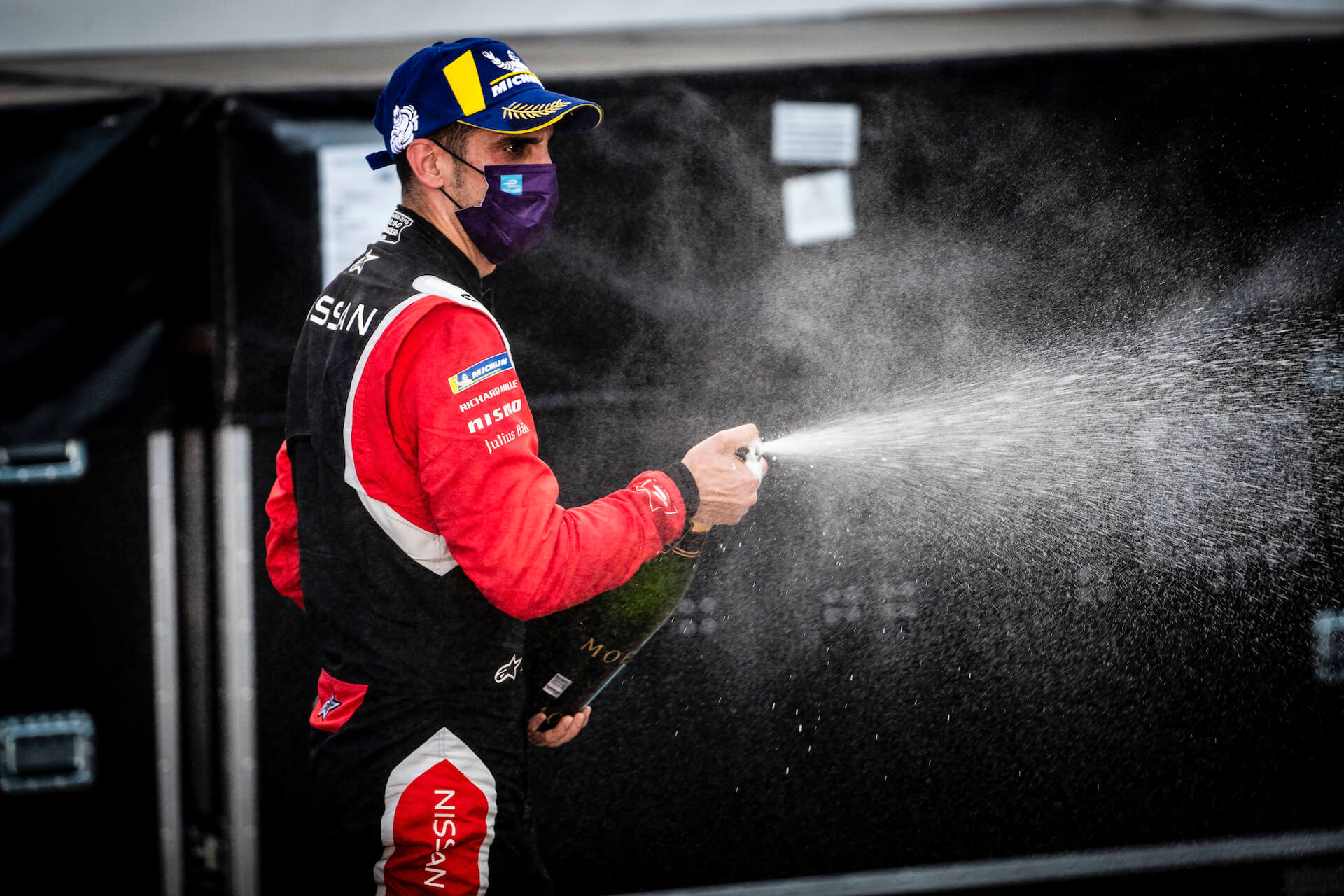 Nissan e.dams ended the 2019/20 ABB FIA Formula E Championship on a high note with a podium finish for Sebastien Buemi and securing second in the teams’ championship.

Following Oliver Rowland’s exceptional maiden victory in the previous race, Buemi qualified on the front row for the season finale. He battled for second for the majority of the race before crossing the line third, giving him fourth in the drivers’ championship.

Unfortunately, Rowland had to retire early after his car was damaged during the race. Nonetheless, he improved on last season’s championship position to claim fifth in the drivers’ standings.

These results, dedicated to the memory of Jean-Paul Driot, are a great achievement and Nissan e.dams would like to profusely thank all its team members, drivers and partners on a successful campaign and look forward to the new season, due to start in Santiago, Chile on 16 January 2021.