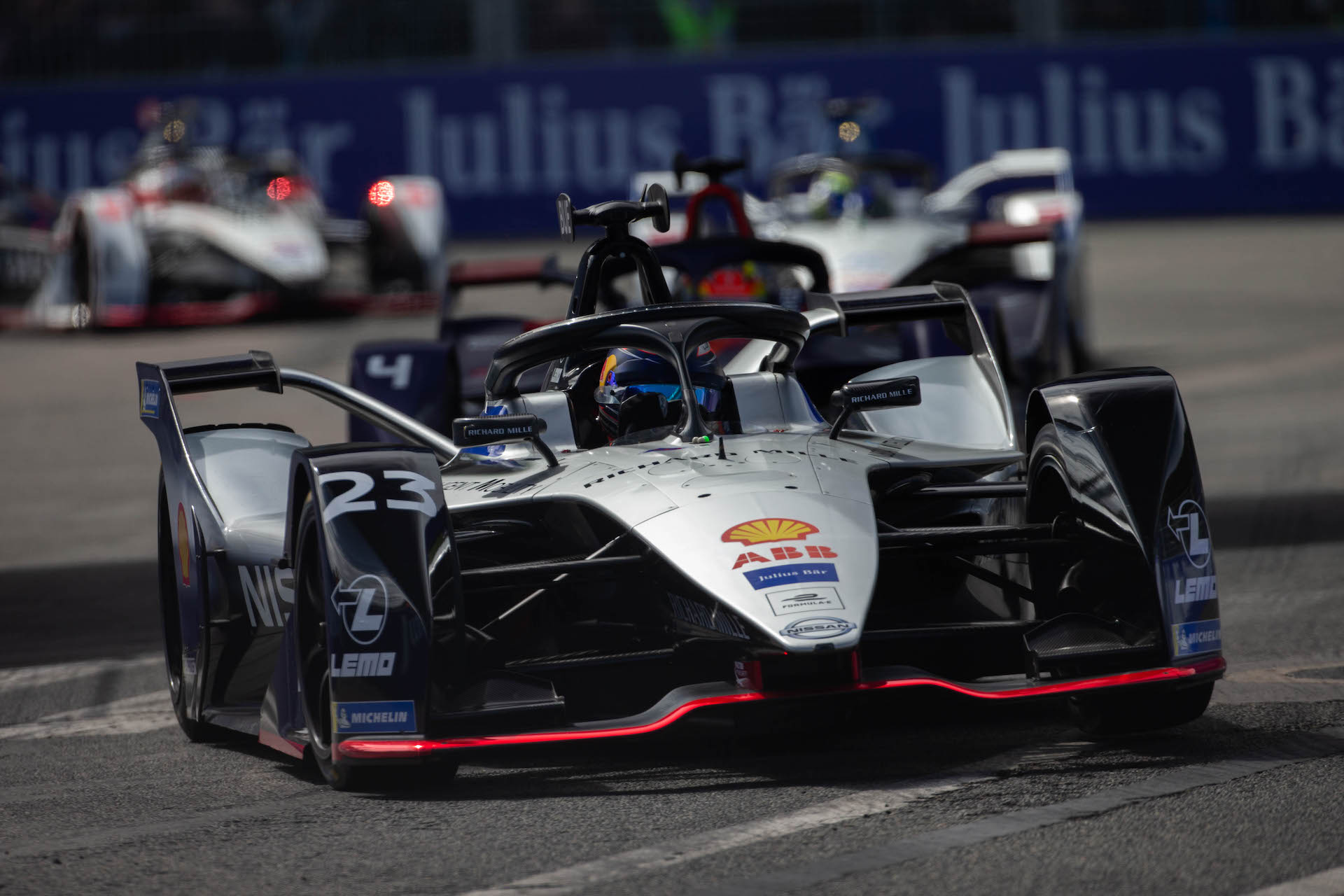 Nissan e.dams to race on the streets of Monaco

Nissan e.dams will take its Formula E electric street racing challenge to the most famous street circuit in the world when it races in Monaco for the first time this weekend.

Round nine of the ABB FIA Formula E Championship will be held in the principality in the south of France – using many of the same streets that have been raced on annually since 1929.
This year’s Monaco E-Prix will be the third Formula E race on Monte Carlo streets. The venue has been a happy hunting ground for Nissan e.dams driver Sebastien Buemi. The Swiss racer has twice started on pole in Monaco and won races in seasons one and three.
The Monaco Formula E circuit is a shorter version of the traditional Formula 1 track but features many of the same famous corners including Sainte Devote’s first turn, the spectacular swimming pool section on the Monaco harbour and La Rascasse.
Nissan e.dams earned its first ever front-row lock-out at the last round in Paris (27 April) with Oliver Rowland scoring pole ahead of Buemi. Nissan e.dams remains the only team to have both drivers start from pole in season five. Rowland is the only racer to earn two poles in season five. Remarkably after eight races in season five, eight different drivers have stood on top of the podium.
The Monaco E-Prix will be staged over 45 minutes (plus one lap) starting at 4:34 p.m. on May 11. On-track action begins with the first practice session scheduled for 7:30 a.m. on race day. The traditional Friday shakedown session will not be run in Monaco.

Sebastien Buemi: “There is no driver on the planet who doesn’t want to race in Monaco, and I’ve been very fortunate to win here twice in Formula E. We’re chasing our first win for Nissan, and this would be an incredible city to achieve that. We were very unlucky in Paris with contact resulting in a tire going down. There is no championship in the world like this – eight different winners in eight races. Our pre-race preparation is critical, but we’re not just waiting for a change of luck, the entire team continues to work hard on improvements.”
Oliver Rowland: “This is a race I’ve been looking forward to. I’ve always loved street circuits which is why I’m enjoying my time in Formula E so much – but I’ve won here in Formula 2 before. We’ve been back in the simulator preparing the best we can. With all the data from season five so far, the sim has been getting better with each race. Adding a Formula E win to my previous success here would be incredible. But it’s going to be tough. My team-mate Seb has had great success around here but on any given weekend there are no odds-on favorites anywhere in the field.”
Jean-Paul Driot, Team Principal: “Sebastien has been dominant here in Monaco in the past, and Oliver has won here before in junior series as well. Our Nissan e.dams cars had speed but no luck in Paris. Our pre-race preparation is critical, and we’ve been working diligently to get ready for this special round.”
Michael Carcamo, Nissan Global Motorsport Director: “We entered Formula E knowing we’d face a steep learning curve in what is the most competitive championship on the planet. We’ve already recorded a number of key milestones including our first points, first pole, first podium, and first front-row lock-out. Getting our first win is our next target, but the championship has already proven to be hugely valuable for Nissan. The fast-track learning process for battery and power management is invaluable for Nissan.”