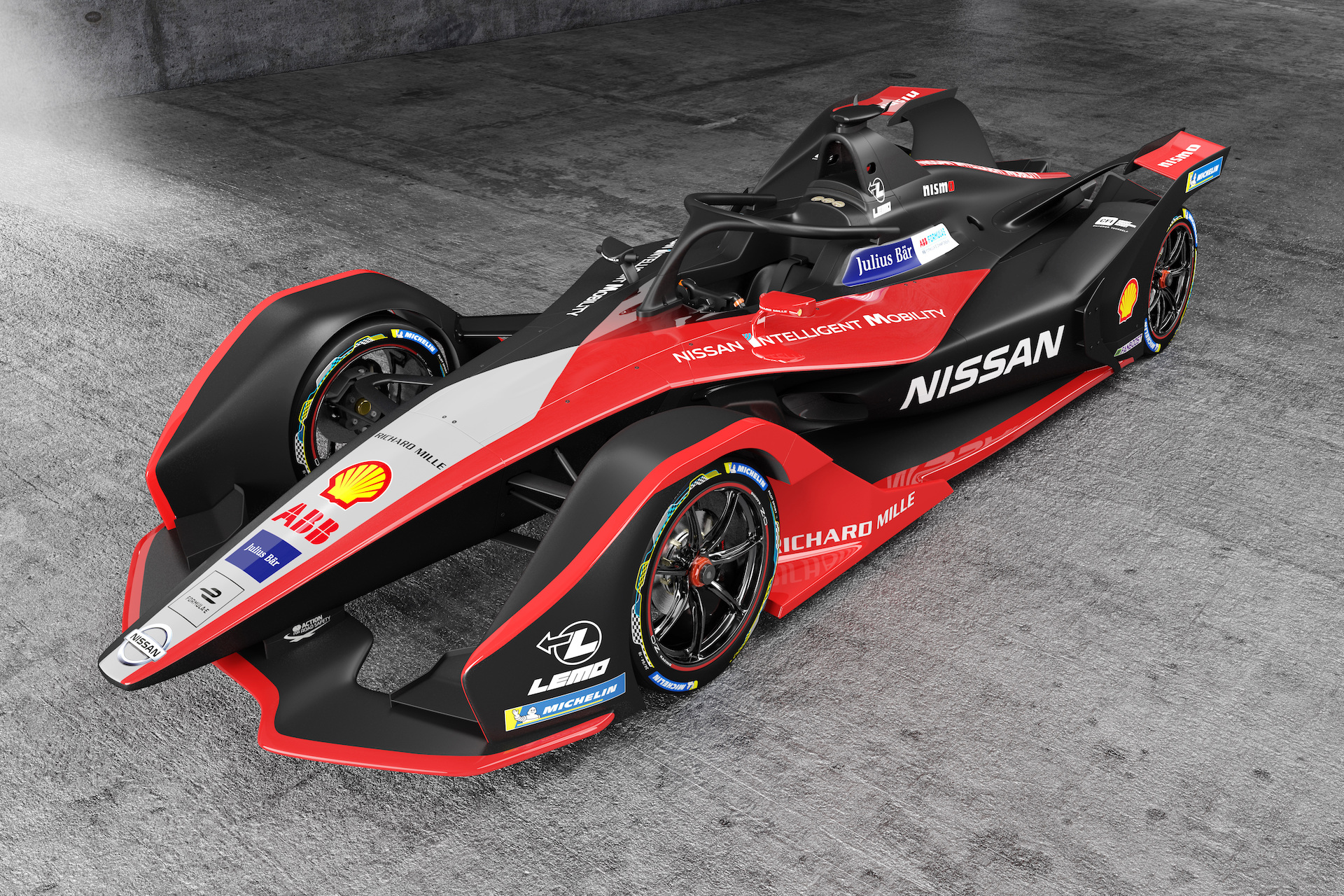 Nissan e.dams’ Formula E car will don a new, Japan-inspired look as it returns for another season of the electric street racing series to demonstrate the power and performance of the company’s EV technology.

Nissan unveiled the new race car livery today in Yokohama, ahead of season six of the ABB FIA Formula E Championship series. The red, black and white design is inspired by the Japanese kimono garment, a traditional symbol of longevity and good fortune.
Nissan invited its nearly 40 in-house designers, working in key markets around the world, to submit concepts for the new design.
Drivers Sebastien Buemi and Oliver Rowland will be back behind the wheel for the Nissan e.dams team. The team entered the championship to showcase its zero-emission vehicle technologies, communicate the company’s Nissan Intelligent Mobility vision, and learn lessons that will be used to develop better road cars for customers.
Highlights of season five included achieving second in championship, six podium finishes (including the last five races), six pole positions (the most for any team), and 16 Super Pole qualifying appearances combined by Buemi and Rowland, making Nissan e.dams the best qualifying team in the championship. The team ended the season with its first ever victory during the final race weekend in New York.
Nissan has developed an updated powertrain for season six, in line with new series regulations. It replaces the dual electric-motor system that delivered record-setting results for Nissan e.dams in season five.
The Nissan e.dams team hit the track last week at a series pre-season test in Valencia, Spain. The team posted times in the top ten of every session throughout three days of testing.
Season six of Formula E will kick off next month in Saudi Arabia. Fourteen races will be held in 12 cities, with the final double-header round taking place in London. New venues this season include Seoul, Jakarta, and the London circuit, which runs inside the Excel London exhibition centre.
Sebastien Buemi: “Finishing second last year was great. This year, the objective is to fight for the championship.”
Oliver Rowland: “I really appreciate Nissan taking a bit of a risk with me last year, as I was a rookie and started quite late. Luckily, it worked out for all of us, and I can’t wait to get behind the wheel again, pushing forward and improving.”
Michael Carcamo, Nissan’s Global Motorsports Director: “The second season is sometimes harder than the first. With a major change to a single-motor solution, we had plenty to do in the off-season. We’ll use everything we learned from season five to improve our package, with an even greater emphasis on battery and energy management.”
Alfonso Albaisa, Nissan’s Senior Vice President for Global Design: “As we approach the beginning of our second season of Formula E competition, our design team proposed a new look, one that celebrates our Japanese heritage and vibrant technology DNA. We used our iconic Nissan racing red, black and white colours layered diagonally in a kimono pattern, which creates a dynamic and powerful impression.”
Photo: NISMO