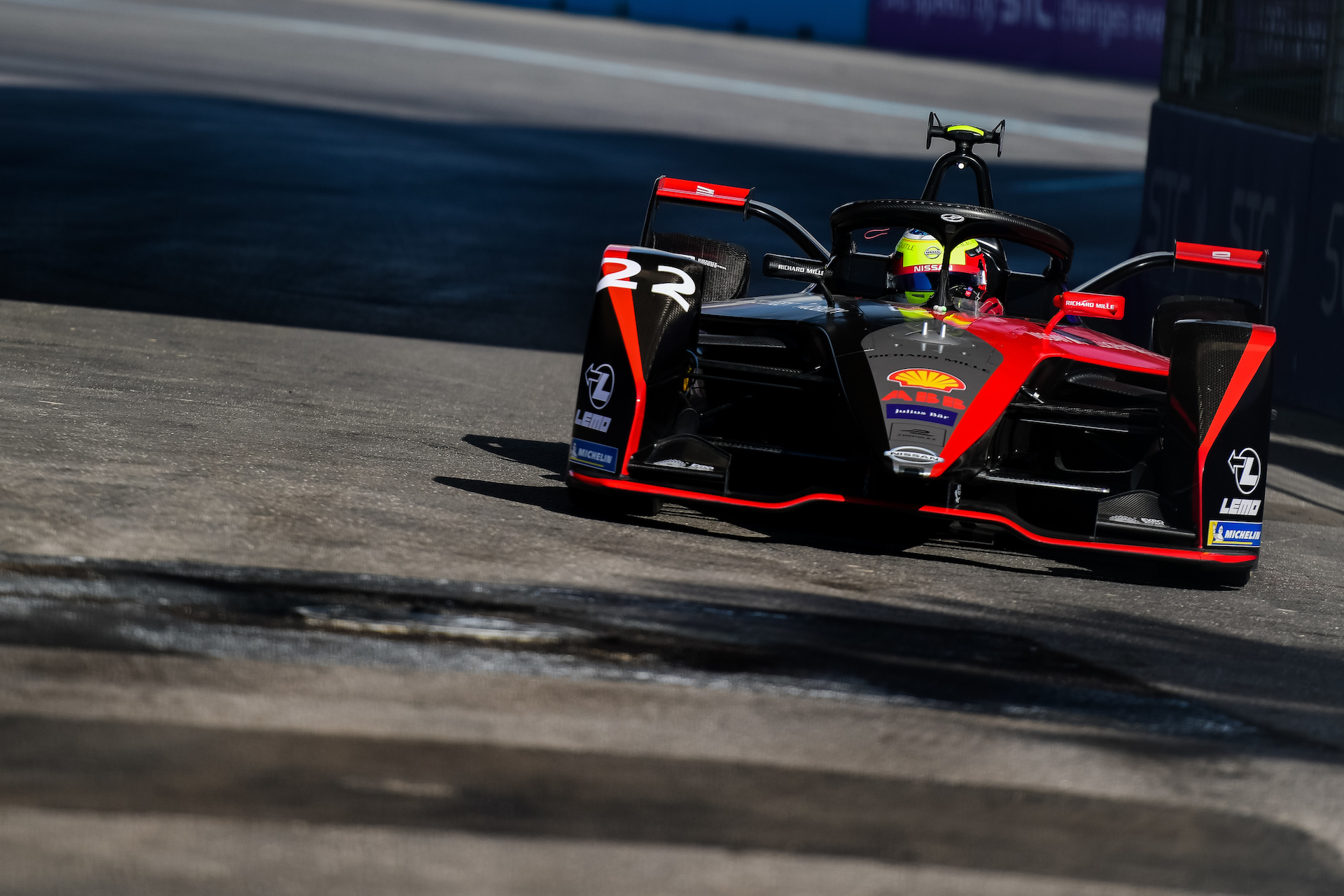 Nissan e.dams showcased strong pace in the opening rounds for season six of the ABB FIA Formula E Championship this weekend, scoring a fourth-place finish in the Diriyah opener.

After taking its first victory in the final weekend of the season in New York in season five, Nissan continues to demonstrate the power and performance of its zero-emission EV technologies, and to communicate the company’s Nissan Intelligent Mobility vision for changing how cars are powered, driven and connected with society.

Oliver Rowland starred for Nissan e.dams in the opening race of the season on Friday when he charged from eighth on the grid to just miss the podium with a fourth-place finish. Last year’s series driver’s championship runner-up Sebastien Buemi was unfortunate in the opening race after suffering an electrical problem and retiring back to the garage.

In Saturday’s second race, Buemi demonstrated the performance of the season six updated Nissan e.dams single motor electric powertrain when he qualified on the front row. His progress in the race sadly was hindered after being hit from behind and spun during the opening laps while running in second place.

Rowland was again the man on the move in Saturday’s race. After starting 16th on the grid, the British racer charged through the pack to finish fifth.

Nissan e.dams will now set its sight on round three of the championship scheduled for January 18 in Santiago, Chile.

Sebastien Buemi: “Sadly, the weekend didn’t go as planned for me. Qualifying on the front row for round two was very pleasing, but after being spun around, it ruined my day. The Formula E races are so short that if you get a set-back like that is very hard to fight back. I’m obviously very disappointed, but the positive takeaway from the weekend is the Nissan e.dams cars had strong speed. We now need to concentrate on turning that speed into results when we get to Chile early in the new year.”

Oliver Rowland :“My qualifying results weren’t what I wanted to see. Being in the first group for both races was tough, but I was very pleased with my Nissan e.dams car in the races this weekend. I was able to move through the pack on both days and keep my nose out of trouble. Sure, I would have loved to have been challenging for the podium, but if we can get qualifying sorted, then that’s where we’ll be. It was a tough battle out there, but I enjoyed both races and can’t wait for round three.”

Michael Carcamo, Nissan’s global motorsports director: “The level of competition in Formula E has risen to an entirely new level – it was a non-stop battle for every lap this weekend. We didn’t quite get the results we were chasing on this opening weekend, but the positive takeaway from the weekend was that we had great qualifying and race pace. Seb was tremendously unlucky to be hit from behind while running in the top two, and Oliver had two great races – the potential is very promising.”

Gregory Driot, Nissan e.dams team principal: “We have a bit of a gap until the next race weekend, and we’ll be carefully analyzing all the data from this opening weekend to see where we can make further improvements for round three. Nissan scored its first Formula E pole in Chile last year, and we’re looking forward to repeating that performance in January.”