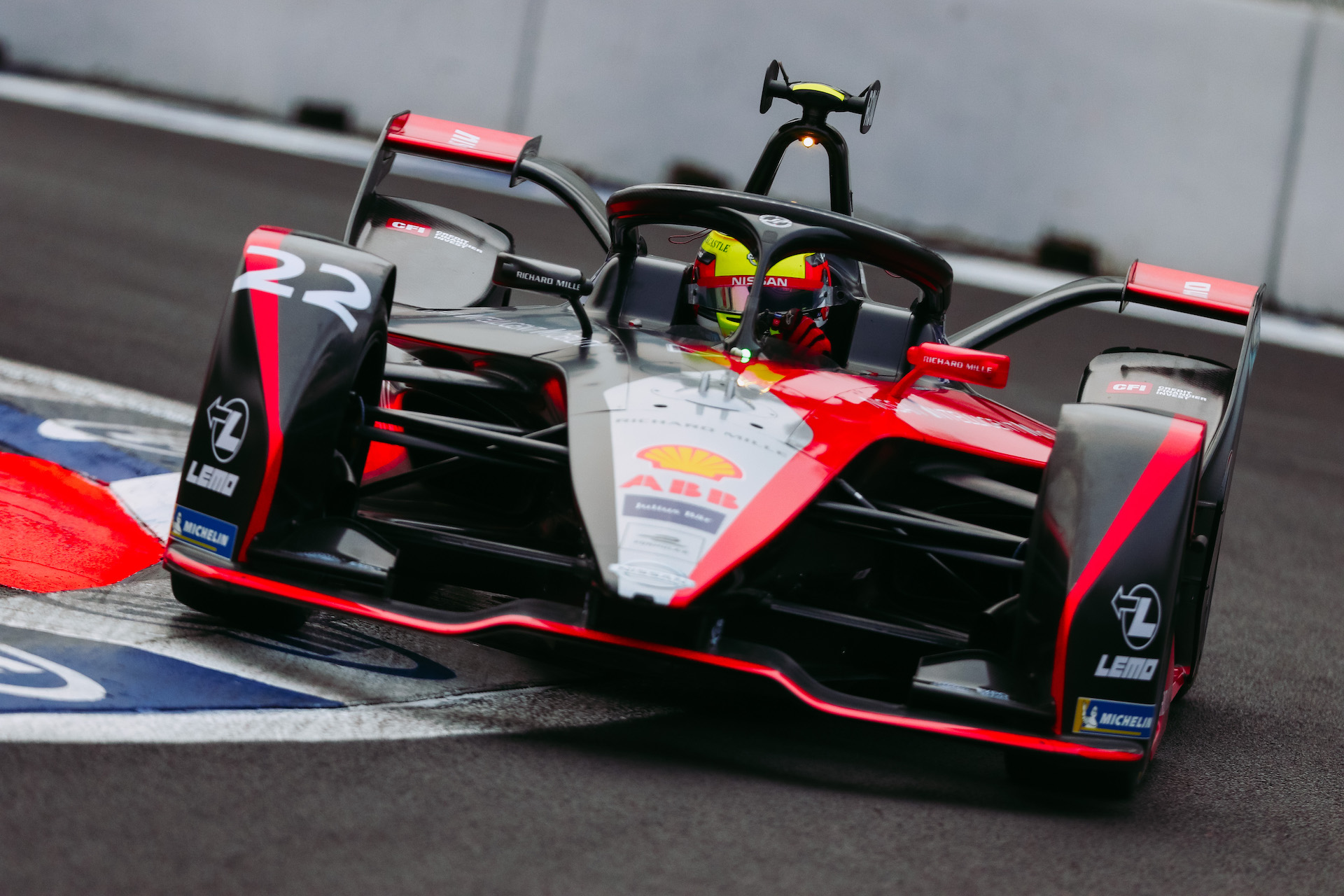 The Nissan e.dams team heads to Marrakesh, Morocco, this weekend for round five of the ABB FIA Formula E Championship, buoyed by a strong performance last time out in Mexico City.

Driver Sebastien Buemi scored a third-place finish in Mexico, the team’s first podium of the 2019/2020 campaign, in a race that saw many drivers succumb to the unforgiving Autodromo Hermanos Rodriguez circuit. Buemi and teammate Oliver Rowland racked up a combined 21 points, giving the team new momentum ahead of the Moroccan round.

The team has performed well in the past at Marrakesh’s Circuit International Automobile Moulay El Hassan. Last season, Buemi topped the times in his qualifying group, while Rowland was fourth-fastest in the first free practice session. Buemi won in Marrakesh in season three of the all-electric street racing series, claiming pole position the following year.

The Nissan e.dams team will take part in a driver test session on Mar. 1, the day after the racing action, with reserve and test driver Mitsunori Takaboshi and simulator driver Jann Mardenborough putting the Formula E race car through its paces.

Sebastien Buemi: “I’m looking forward to returning to Morocco. I’ve had speed and success there before. With a pole and win in Marrakesh, and with my podium in Mexico City, I’m feeling confident that we can run well in the races to come. I want to thank the team for the hard work they put into preparing our awesome Nissan Formula E race cars.”

Oliver Rowland: “I was quite happy with my performance in Mexico City. I managed a clean race despite starting in the middle of the pack and brought home some good points. I’ll be in qualifying group two for the Marrakesh E-Prix, which gives me more chance to qualifying towards the front. Marrakesh is different from most of the tracks in the season, because it’s more like a permanent road course with walls around you.”

Gregory Driot, Nissan e.dams Team Principal: “The atmosphere within the team is one of confidence and expectation. Formula E is extremely competitive, and as a team, we must always be at our best. We showed what we can do in Mexico City, and the potential is certainly there to fight at the front. We can’t wait to get to Marrakesh.”

Michael Carcamo, Nissan Global Motorsport Director: “We had the speed last season in Morocco, and it’s a circuit our drivers enjoy. With everything we’ve learned since then, and a great performance behind us in Mexico City, all the ingredients and energy are now focused for a successful race in Marrakesh.”