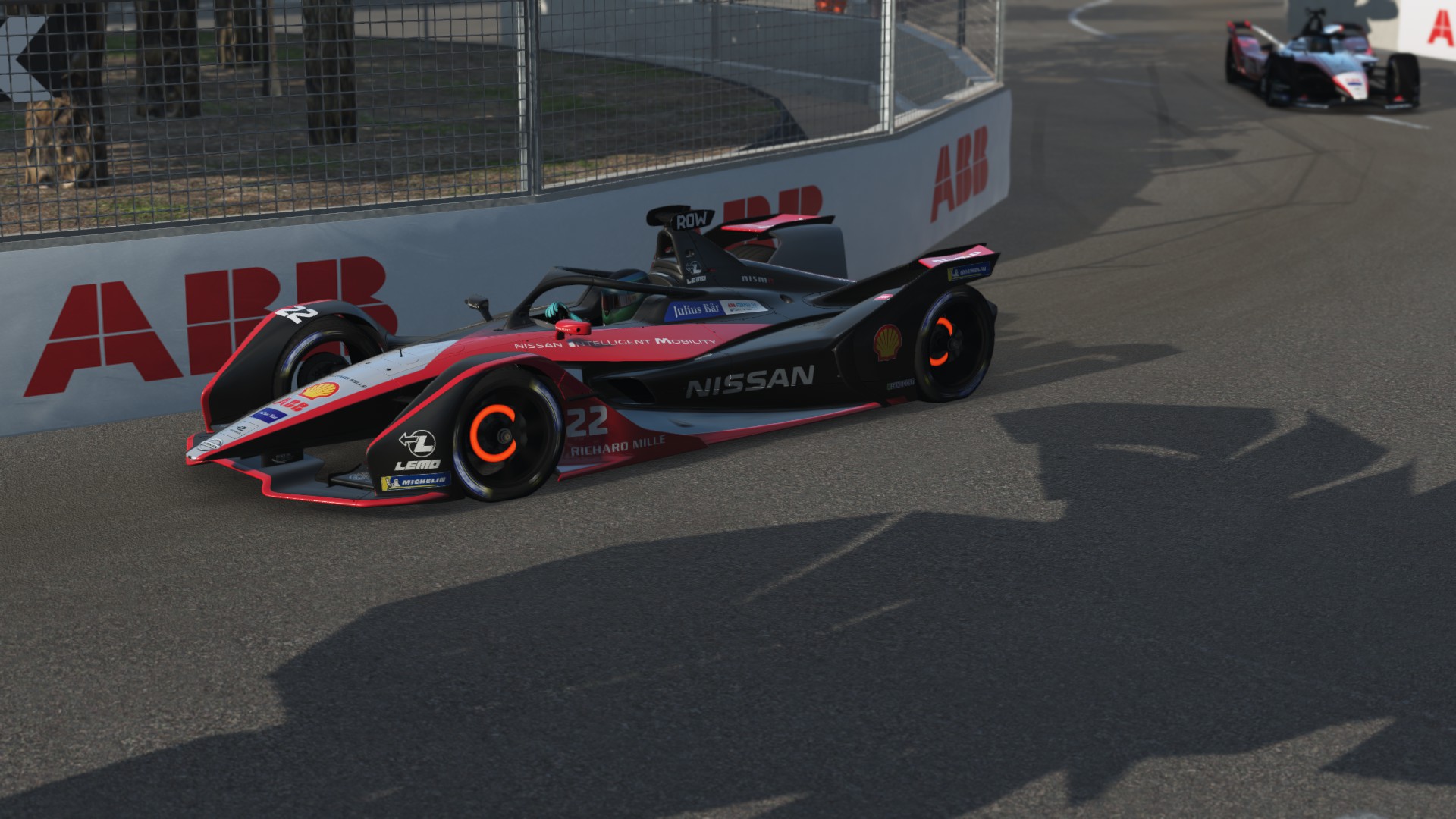 With the live Formula E racing season suspended, Nissan e.dams is participating in the nine-week esports competition that features teams and drivers from the ABB FIA Formula E Championship, as well as a selection of top gamers.

The ABB Formula E Race at Home Challenge will raise funds contributing to UNICEF’s global coronavirus appeal. Nissan e.dams supports Formula E’s fundraising partnership with UNICEF that aims to keep children around the world safe, healthy and learning in the face of the coronavirus pandemic.

After 15 laps of racing, Rowland crossed the line in P6 having made a dynamic overtake on the final lap for a hard-fought eight points. Buemi, having received his simulator equipment later than the other drivers and therefore unable to take part in the test session, earned valuable experience on his way to P18.

Oliver Rowland: “It was an interesting race. I had a lot of damage after the start and I made mistakes in turns one and two. However, I came back to sixth. We have some work to do to catch up with the guys in front, but I really enjoyed it and I’m looking forward to the next race.”

Sebastien Buemi: “I ended up 18th today, so not such a good start to the new series, but I am aiming to improve. It was an entertaining race and for the first few laps I was trying to stay out of trouble. I picked up some damage on the car which I had to work with until the end. I’ll be practicing as much as I can to come back stronger next week.”