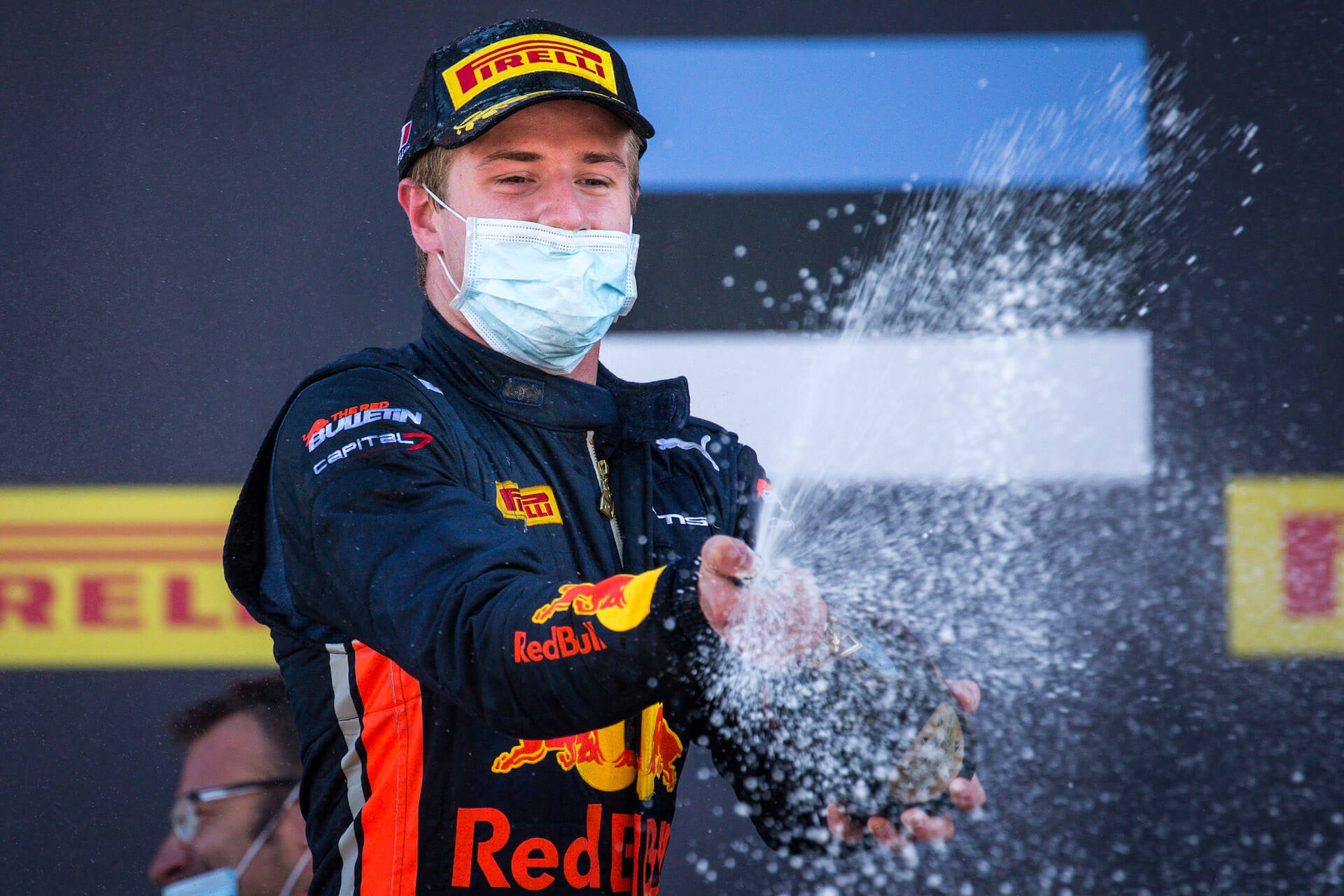 DAMS driver Jüri Vips secured the first podium of his FIA Formula 2 Championship career during the Sprint Race in Mugello, following an impressive seventh-place finish in the Feature Race on just his third weekend with the team.

Unfortunately, Dan Ticktum was unable to capitalise on his pace in Tuscany due to incidents in both races, with the Englishman in a podium position on Saturday after qualifying just 0.005 seconds adrift of pole position.

Vips will remain in the car for round 10 of the 2020 season in Sochi while Sean Gelael continues his recovery from injury.

Jüri Vips: “I’m really happy with the points that the team scored this weekend. It wasn’t quite perfect, I didn’t fully maximise the car’s potential as there was the possibility of a podium in the Feature Race and I think we could have won today had I made a better start. But I’m very thankful to DAMS for this opportunity and glad to repay them with this result. We sorted some of the elementary issues that were present in Spa and Monza while I was still acclimatising, and I was immediately fast in free practice and qualifying, just 0.350 seconds from pole position. The pace was there and the car was good, and I’m now really focused on just putting a full weekend together. It’s a great pleasure to be continuing in the car for Sochi and I’m hopeful that we can fight for the win.”

Dan Ticktum: “It was another very unlucky weekend for me in many ways. Our qualifying pace was very strong, I was only 0.005 seconds from pole position. During the Feature Race we were perhaps not quite quick enough to win, but we definitely had the speed to be on the podium. However, I was hit at the restart and that really compromised the rest of my race. On Sunday, I was starting at the back and had my front wing taken off early on, which ruined my chances of getting a good result. However, the pace was really strong, we had the fastest lap and the degradation was controlled well, which shows how good the balance of the car was.”

François Sicard, Managing Director: “This is a good conclusion to the weekend with a first podium for Jüri. However, the result was not quite as good as we perhaps expected based on the pace of the drivers and the car, especially after a very encouraging free practice session where Jüri was fastest. We then built on that promise in qualifying with Dan producing a very impressive lap to start the Feature Race on the front row, just 0.005 seconds short of pole position. Unfortunately, Jüri made a little mistake on his lap, nevertheless he clinched seventh spot on the grid, which became 10th after he picked up a penalty for impeding.

“Our pace was then pretty strong, with Dan looking good for a podium until the safety car came out late in the race. He was then hit from behind and fell back to 17th, which was really unfortunate after a good drive. Jüri also had a strong race and finished seventh, before following that up with a podium in the Sprint Race on just his third weekend with the team. With Sean still recovering from the injury he sustained in Barcelona, Jüri will continue in the car in Sochi and we look forward to working with him again.

“We know that we have been quick, showing our true qualifying and race pace since Spa. However, for a number of reasons, some of them out of our control, we haven’t quite had the results we deserve. The team, car and drivers are really strong and I am sure that more success will come.”