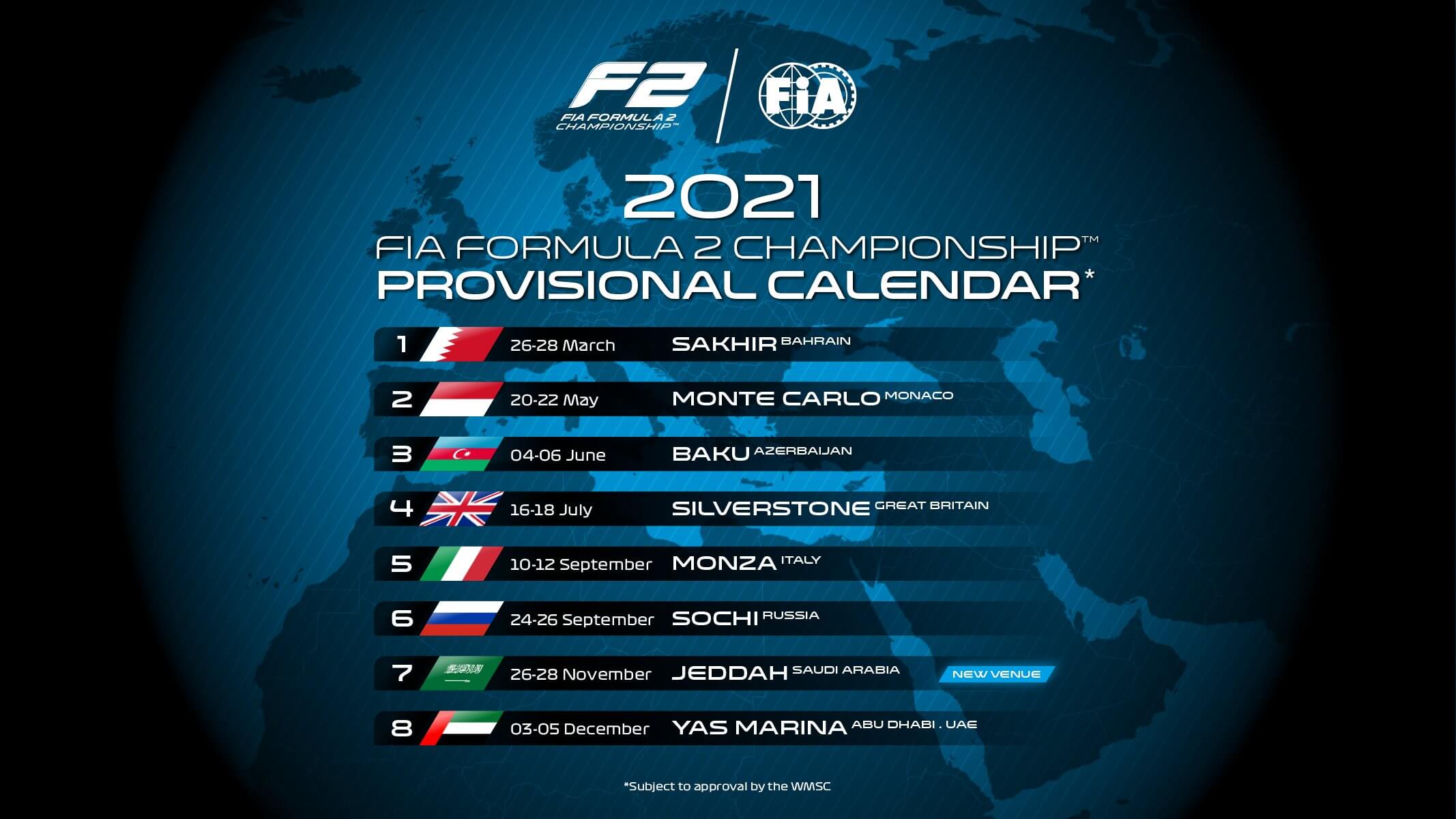 The FIA Formula 2 Championship has revealed its calendar for the 2021 season, which will feature eight weekends of three races in a format shake-up for the new campaign.

As part of multiple cost-saving measures for 2021 and beyond, F2 will be travelling to fewer venues but an additional race per meeting ensures 24 races will still be held.

Bahrain retains its traditional curtain-raising slot on 26-28 March, with Monaco now hosting the second round of the season before trips to Baku, Silverstone and Monza in June, July and September respectively.

F2 will also race on the latest addition to the Formula 1 calendar, Saudi Arabia, with a brand new circuit in Jeddah on 26-28 November before the traditional season finale in Abu Dhabi on 3-5 December.

For the next three seasons, F2 will continue to use the current chassis (Dallara F2 2018) as part of further cost-saving measures.