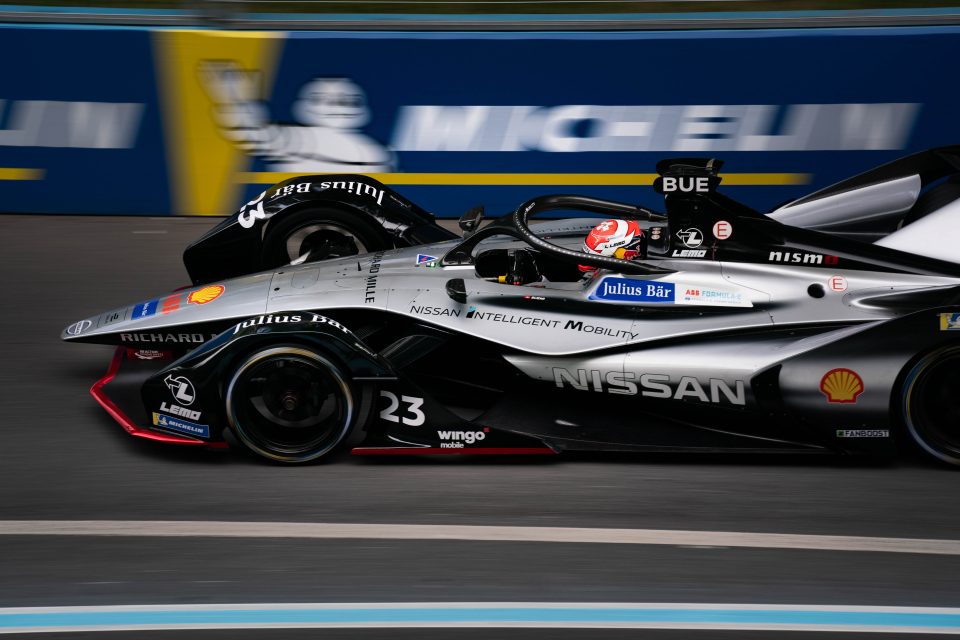 Nissan e.dams aims to extend a run of three straight podium finishes as the team heads into the final weekend of its debut season in the ABB FIA Formula E Championship.


The all-electric street racing series will complete its fifth campaign with rounds 12 and 13, taking place on 13-14 July at the Brooklyn Street Circuit in New York City.
The team heads into the final race weekend having claimed five pole positions and four podium finishes, and its string of podiums in the past three races has elevated Nissan e.dams to fourth in the teams’ championship.
The weekend features two separate races, with the usual two practice sessions on Saturday followed by qualifying and super pole but just one practice session on Sunday ahead of another qualifying.

Sebastien Buemi: “We’ve made great progress throughout the season, and I’ve scored podiums in the past two races. Qualifying is always critical, but at the New York circuit, there are some good passing opportunities as well. We’ve managed to put a car into super pole in every round this year, and it would be great to continue that through the final weekend. The championship will be on the line for a number of drivers, but we won’t have to worry about a points battle. Chasing race wins will be our plan.”
Oliver Rowland: “When I look back at the season, I’m very pleased. Our results have certainly exceeded my expectations. Once you’ve been on pole and stood on the podium, you want to do it again and again. That’s my target – to finish the season in New York with a strong result to wrap up my first year in Formula E. We’ve continued to do our homework this week on the simulator and I’m looking forward to seeing the track for real.”
Jean-Paul Driot, Team Principal: “We’ve been thrilled to score five pole positions and four podiums. We’d love to go one better and climb that top step of the podium in New York.”
Michael Carcamo, Nissan Global Motorsport Director: “Our debut season in Formula E has been a tremendous learning experience. We’ve been able to bring a lot of Nissan’s electric road car experience to the race track, and the series has been a high-speed laboratory for us. The lessons we’ve learned, particularly in energy management, will help us further improve our road cars.”