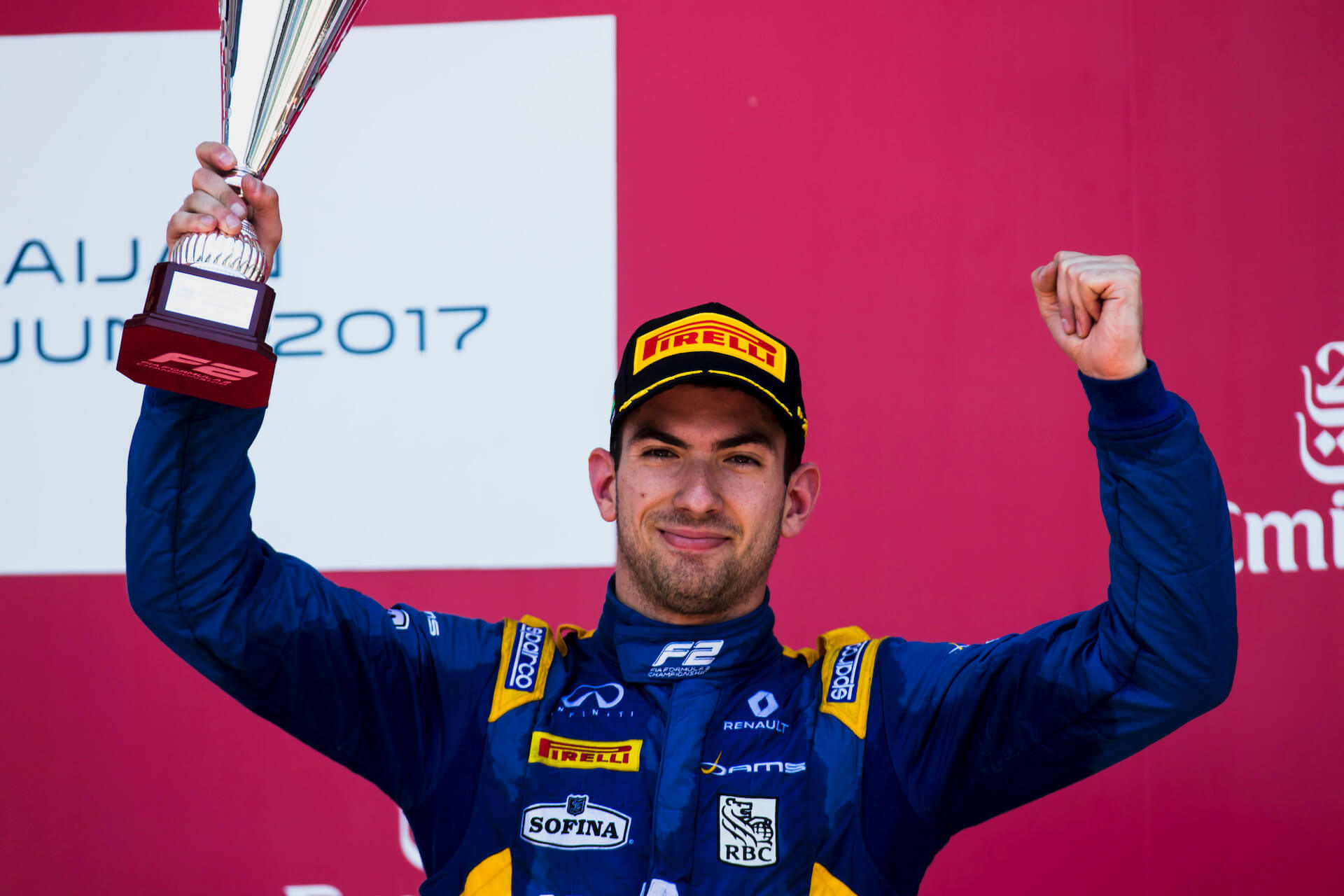 Double podium for Latifi as DAMS close in on championship lead

A time penalty dropped Rowland to seventh in race one, before a mechanical issue robbed him of victory on Sunday. The Brit sits second in the Drivers’ Championship with DAMS now three points behind the leaders in the teams’ standings.

Looking to bounce back from his unfortunate Monaco weekend, 21-year-old Latifi went eighth quickest in practice, before emerging as one of the star performers in qualifying, excellently navigating the Baku streets to go third fastest.

Following his maiden Formula 2 victory in Monaco, Rowland hit the barriers in Turn 1 during practice after showing early promise. The Renault Sport F1 Development driver recovered in qualifying to line up ninth on the race one grid.

Nicholas Latifi: “There were lots of yellow flags and safety cars in practice, but I was confident with the car. It was my best qualifying in F2 so far, it has been our weakness this year, but I managed to put a great lap together.”

Oliver Rowland: “It was a difficult practice session for us, I was quick early on, but hit the barriers. Qualifying wasn’t great either, I hadn’t had a lot of track time and could only manage ninth.”

During a hectic Feature Race, Latifi stayed out of trouble to fly to his second podium of the year in third. An electrifying start from sixth in the Sprint launched the Canadian into fourth early on, then after an intense battle he overtook third, which he held until the flag for his first F2 double-podium.

Rowland climbed to fourth in race one, before a time penalty for posting his fastest sector under yellow flags – despite lifting – dropped him to seventh. From second on the Sprint Race grid he stormed into the lead, but was forced to retire with a gearbox issue.

Nicholas Latifi: “In every race so far this year I’ve moved forwards during the race. I felt comfortable where I was and brought the car home in third. I got a really good start again in the Sprint, it was tough to manage but the double-podium is great!”

Oliver Rowland: “The car didn’t feel quite right at the beginning of the Feature Race, but it was much better towards the end. The time penalty was strange, I slowed up, but because I was on fresh tyres I still did a faster sector time. In the Sprint Race we could’ve won if it weren’t for the problem. We will bounce back from this in Austria, I’m sure of it.”

François Sicard: “We had a much better qualifying session with Nicholas and with more running in practice, Oliver definitely would have been in the top five. Both drivers had a solid Feature Race and the penalty for Rowland was very unfortunate. The gearbox issue in the Sprint was hard to take, but luckily Nicholas demonstrated his talent to finish third. I am delighted that he showed the kind of speed that we saw in winter testing and hopefully we can carry this form into the next race.”

Round five of the FIA Formula 2 Championship will take place at the Red Bull Ring in Spielberg, Austria (7-9 July).