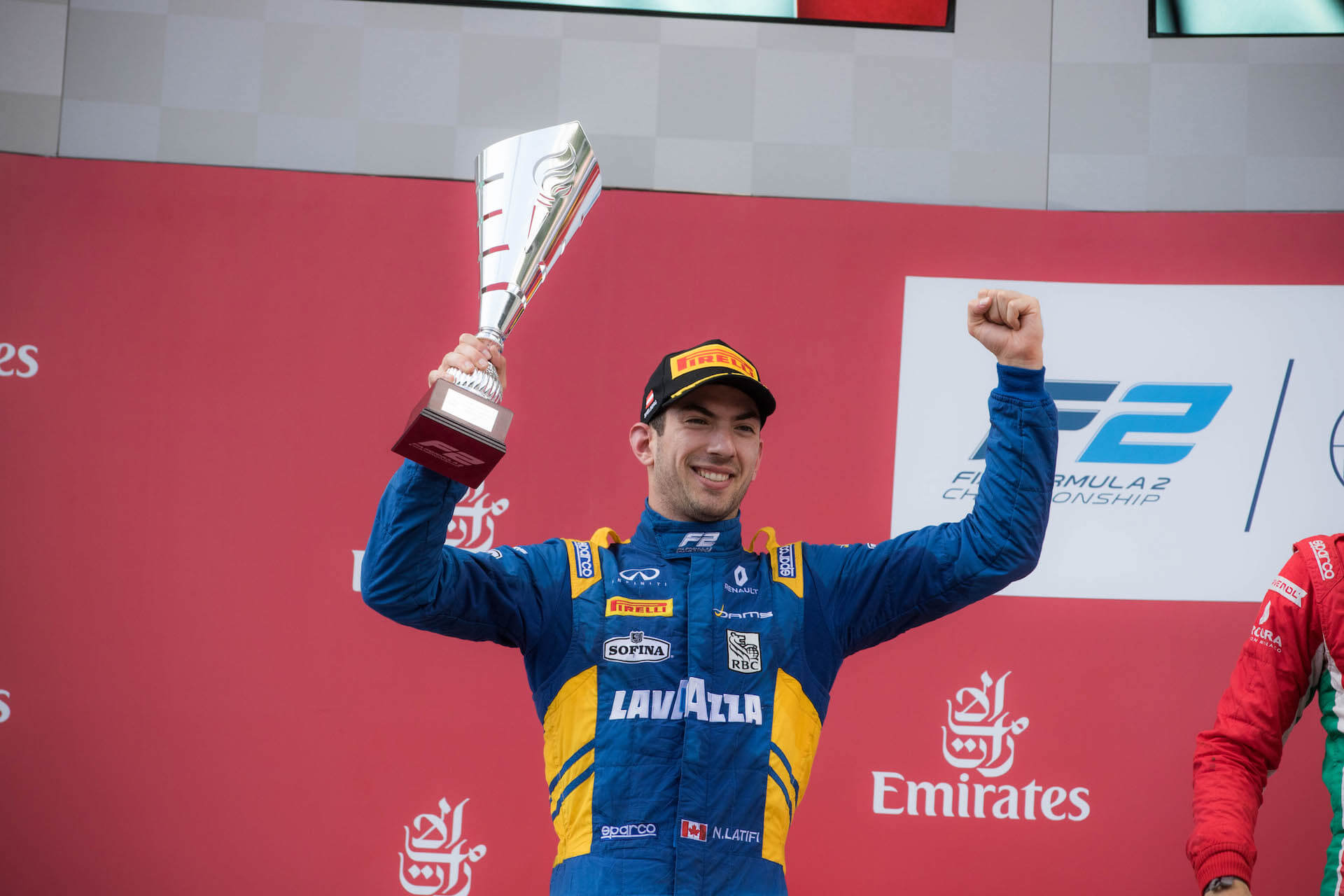 DAMS scored another double-podium weekend in Spielberg, Austria, as the French squad closed the gap in the FIA Formula 2 teams’ standings.

Canadian driver Nicholas Latifi stormed to second in the Feature Race, with Briton Oliver Rowland flying to third in the Sprint Race, as the Renault Sport F1 Development Drivers took the DAMS team’s podium tally to nine for the season.

This result means Rowland holds second in the Drivers’ Championship, with Latifi rising to fourth and DAMS moving level on points with Prema for the lead in the teams’ standings.

Off the back of his excellent maiden double podium in Baku, 22-year-old Latifi was quickly up to speed in Austria, claiming fourth in practice before qualifying eighth.

Rowland was looking to bounce back from a difficult weekend in Azerbaijan and did so by going fifth fastest in practice, before lining up fourth on the Feature Race grid.

Nicholas Latifi: “We got the weekend off to a great start, it was my best practice session of the year so far. I didn’t quite have the same confidence in the car during qualifying, but we were still in a good position for the race.”

Oliver Rowland: “Practice was pretty good, but we knew where to improve and qualifying went quite well. We had a couple of issues and could’ve been even closer to the front, so I was confident of getting a solid result in race one.”

In the Feature Race, Latifi scythed his way through the field after excellently managing the soft compound tyres to collect his third consecutive podium with second. In Sunday’s race, a five-second time penalty for speeding in the pit lane dropped him to eighth after the finish.

After dropping back at the start, Rowland was consistently quick on the soft tyres and just missed out on a podium in fourth. Another strong Sprint Race showing saw the 24-year-old cross the line in third to keep him in the championship hunt.

Nicholas Latifi: “I got a really good start in the Feature Race and was first of the drivers on my strategy. My tyres came alive towards the end and with one more lap I could have been first. In the Sprint Race I got stuck behind Jordan [King] and the penalty only lost me a point. Overall, it was a positive weekend for us.”

Oliver Rowland: “I had an issue with the clutch at the start in race one, but we had good pace. I pushed too hard early on and lost a bit at the end. I was pleased with third on Sunday, we could’ve maybe attacked more for second, but the points are important for the championship.”

François Sicard: “We are closing the gap to Prema every weekend. Another lap and we would have had the victory in race one. Since the beginning of the year we’ve had good race pace, but we’ve moved up another level. It was a great weekend for Latifi, he drove brilliantly on Saturday and was unlucky in the Sprint Race with the penalty. Rowland did well to bring home a good amount of points for the team and didn’t risk anything. We need to work on qualifying more, but we are nearly there.”

Round six of the 2017 FIA Formula 2 Championship will take place at Silverstone, Great Britain (13-16 July).