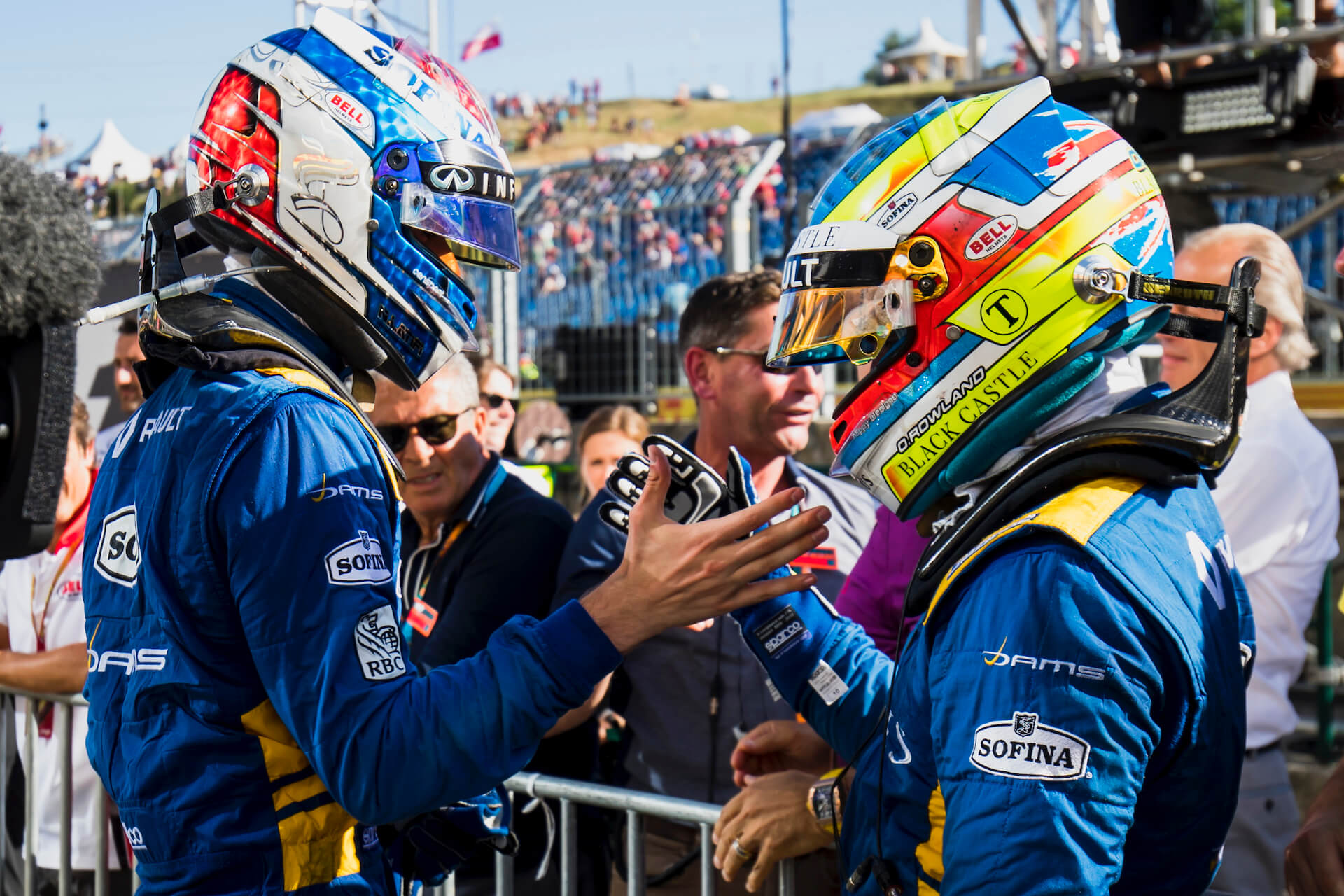 DAMS, with drivers Oliver Rowland and Nicholas Latifi, raced into the lead of the FIA Formula 2 Championship after storming to a one-two finish at the Hungaroring, Hungary (28-30 July).

Renault Sport F1 Development Drivers Rowland and Latifi gave DAMS a first one-two since 2015, also at the Budapest venue, with the Brit scoring another podium in the Sprint Race.

The result sees DAMS take a 42-point lead in the F2 teams’ standings, with Rowland moving up to second in the Drivers’ Championship and Latifi fourth.

Rowland settled in quickly at the Hungaroring, going second fastest in practice. The 24-year-old then produced a stunning lap in qualifying that put him on pole position for Saturday’s Feature Race.

Meanwhile, Canadian driver Latifi continued to impress after his maiden victory at Silverstone. The 22-year-old was fifth in practice and started the Feature Race from sixth.

Oliver Rowland: “Practice and qualifying went very well. It was my first pole position at this level and I was confident of scoring a good amount of points in the two races.”

Nicholas Latifi: “Free Practice was really promising and we could have started on the front row alongside Oliver had I not been blocked on my fastest lap during qualifying.”

Leading for most of the Feature Race, Rowland remained calm under pressure to claim an emphatic second victory of the season. The BRDC SuperStar sliced his way from eighth to second in the Sprint Race to close in on the lead of the Drivers’ points race.

Once again, Latifi showed blistering pace and set the fastest lap on his way to second in the Feature Race, his sixth podium of the season. Another strong showing brought him to sixth on Sunday to complete DAMS’ supreme points-scoring weekend.

Oliver Rowland: “It doesn’t get much better than this. The performance of the team has been exceptional, so I’m very happy. Now the focus is to continue this form into Spa-Francorchamps after the break and challenge for the title.”

Nicholas Latifi: “During the Feature Race I was by far the quickest on track. It was a great team result with the one-two, if I started a little higher up I might have won the race. I didn’t get the best start on Sunday, but we still moved forwards and overall it’s been positive.”

François Sicard, Managing Director: “It was a great weekend for us. Our first pole position, 14th podium and third victory of the season shows how strong we’ve been and it’s fantastic to be leading the Teams’ Championship. Now we need to recharge over the summer break and continue our strong form in the remaining races to extend our lead over Prema and close the gap in the drivers’ standings.”

Round eight of the 2017 FIA Formula 2 Championship will take place at Spa-Francorchamps, Belgium (25-27 August).