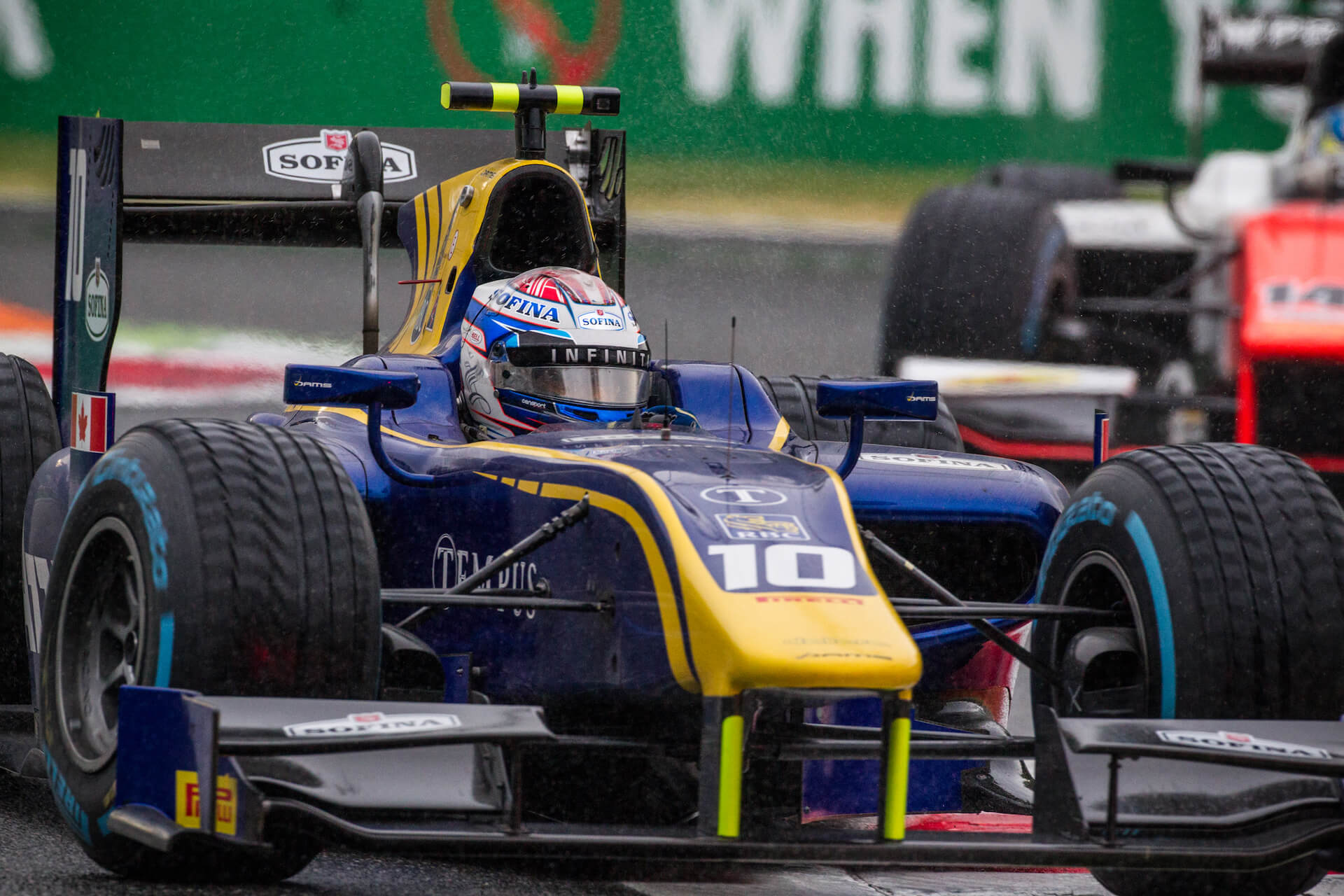 DAMS lie third in the teams’ standings, just 11 points off the top, with Rowland second in the Drivers’ Championship and Latifi fifth.

After going 13th-fastest in free practice, Latifi struggled for pace in the red flag-affected qualifying session and started was 14th.

Rowland ended free practice in sixth place, but was confident of improving for qualifying. However, the incident-packed session meant he was unable to produce a clean lap and the BRDC SuperStar wound up 13th.

Nicholas Latifi: “We started on the back foot in practice and I didn’t get a great feeling for the car. I put all my best sectors together in qualifying, but we just didn’t have the pace here.”

Oliver Rowland: “Practice wasn’t ideal, but we knew there was time to be found. I didn’t manage to get a good lap in qualifying and struggled with the balance.”

Rowland made an incredible start in the wet Feature Race to climb to sixth within a lap. A succession of blistering laps brought him to third place, but he suffered an unfortunate retirement as his left-rear wheel fell off on the exit of the second chicane after his pitstop. Starting 19th in the Sprint event, the Briton battled to 11th at the finish.

Latifi also made good ground in the late-starting Feature Race, climbing up to seventh before the pitstops. Keeping his nose clean in a chaotic final two laps, the Canadian climbed to third place in the final results. He started well on Sunday, but fell to 16th with tyre wear.

Nicholas Latifi: “I made sure not to have contact in the Feature Race, which is important in those conditions and it was great to score some big points. I thought I could fight for the win on Sunday, but really struggled with the tyres for the first time this year.”

Oliver Rowland: “The Feature Race was going very well, I set fastest lap times and was catching the leaders before losing the wheel. The Sprint Race was difficult, but we made progress and weren’t too far away from the points.”

François Sicard, Managing Director: “We struggled in qualifying and knew we should have been higher up. Both drivers did a fantastic job in the Feature Race. Latifi was consistently very quick and pulled off some great overtakes, whilst Rowland was extremely unlucky after a superb performance. We had a faulty left-rear wheel nut on Rowland’s car – the mechanic was not to blame. We lacked some pace in the Sprint Race, but nevertheless Rowland did a good job and his nearest title rival also missed out on points this weekend, so the championship is still open.”

Round ten of the 2017 FIA Formula 2 Championship will take place at Jerez, Spain (6-8 October).