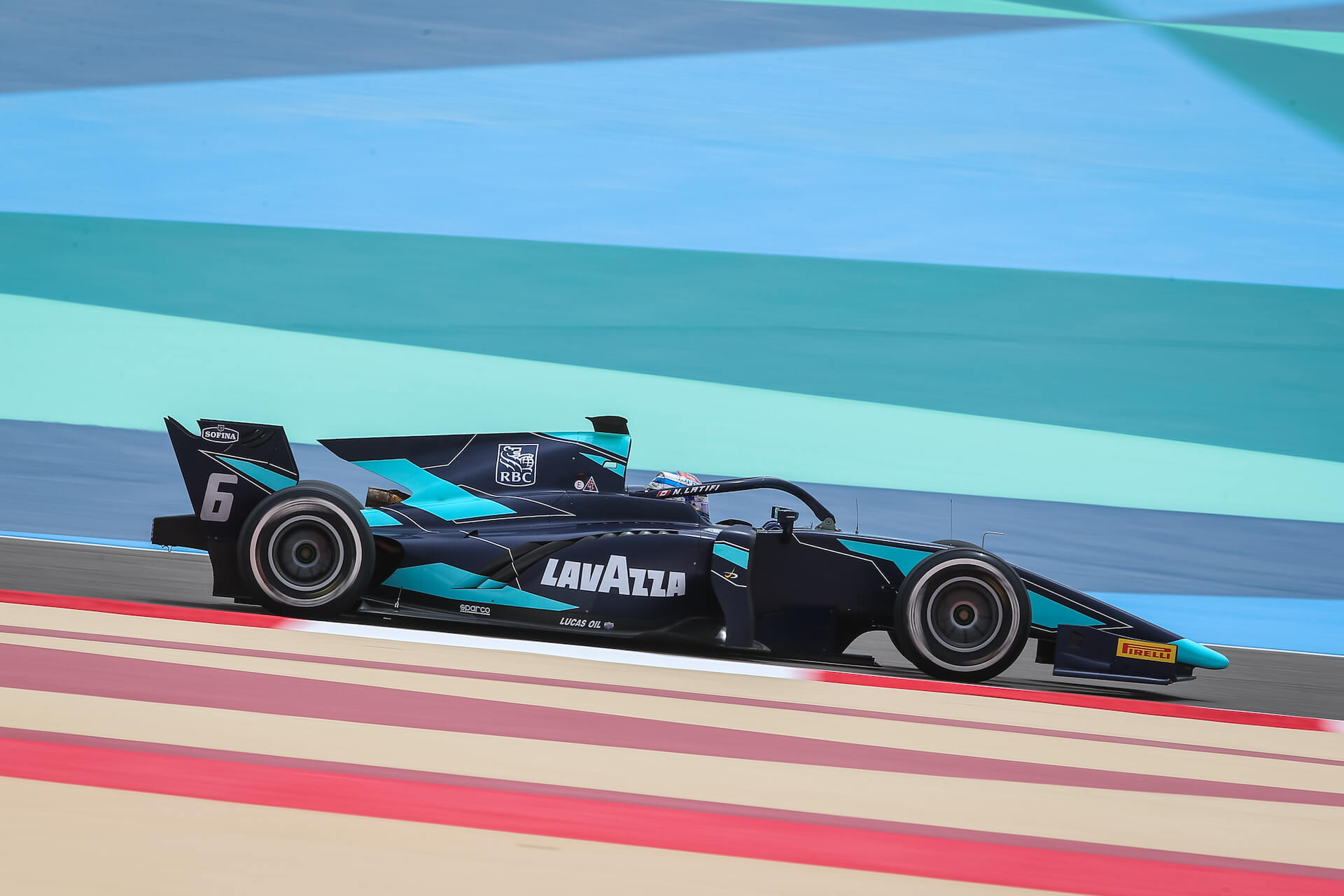 DAMS are delighted to welcome back Nicholas Latifi for an assault on the 2018 FIA Formula 2 Championship, with Alexander Albon joining the team for the Bahrain season-opener.

Jean-Paul Driot’s outfit have established themselves as one of the top teams in the official Formula 1 feeder series, formally known as the GP2 Series, winning three drivers’ and two teams’ titles since 2005.

After achieving third place in the Teams’ Championship last year, taking three wins in the process, the Le Mans-based squad are looking to re-assert themselves at the top of the standings in 2018, where the transition to a new car will likely be key to a successful campaign.

Canadian driver Nicholas Latifi re-joins the team for a third full-season, having produced strong showings throughout 2017, including a victory in the sprint race at Silverstone. Along with his win, the 22-year-old took eight further podiums, on his way to fifth in the Drivers’ Championship.

Alexander Albon, meanwhile, is a former runner-up in the GP3 Series, who graduated to FIA Formula 2 last year. In his debut season, the 22-year-old took two second places, at the Red Bull Ring and the finale in Abu Dhabi, finishing 10th in the standings.

The Thai-British driver joined DAMS for the post-season test in Abu Dhabi, before being called up for the subsequent pre-season tests at Paul Ricard and Bahrain, settling in quickly and showing promising pace.

Jean-Paul Driot: “The 2018 FIA Formula 2 Championship marks the beginning of an exciting challenge for DAMS, with the new car and engine package coming into the series. It is good to keep some continuity with the return of Nicholas, who performed impressively all season, regularly competing at the front. We’re also delighted to welcome Alexander to the team for the first round, he is a fast driver, who integrated himself well during testing. After a very positive 2017 season, which yielded 19 podiums and a close fight for both the drivers’ and teams’ titles, we are in a strong position to start off this new era in F2″.

Nicholas Latifi: “The aim after my 2017 campaign has to be winning the Drivers’ Championship, while also helping DAMS in the teams’ standings, which we were very close to clinching last season. Over my two years with the squad I’ve built up a really strong working relationship with them, and that will definitely help with the new car for 2018. Everybody is in the same boat, but DAMS have been working very hard, and I’m sure that we’ll be in the best shape possible for the first race. I’m also looking forward to working with Alex this weekend, over the winter we got on and worked well together, and I know that he’ll be a good asset in the opening round from a personal perspective and for the whole DAMS crew”.

Alexander Albon: “The new car is sure to reset the playing field, and it will be about who can get on top of that when we get going in Bahrain. DAMS are very good at understanding and getting the best out of the package, so I’m confident in the team’s work. During the pre-season tests, I got on really well with everyone, and I like the way they operate. Racing with Nicholas will also be good, as he has plenty of experience, and we’re sure to push each other very hard this weekend”.