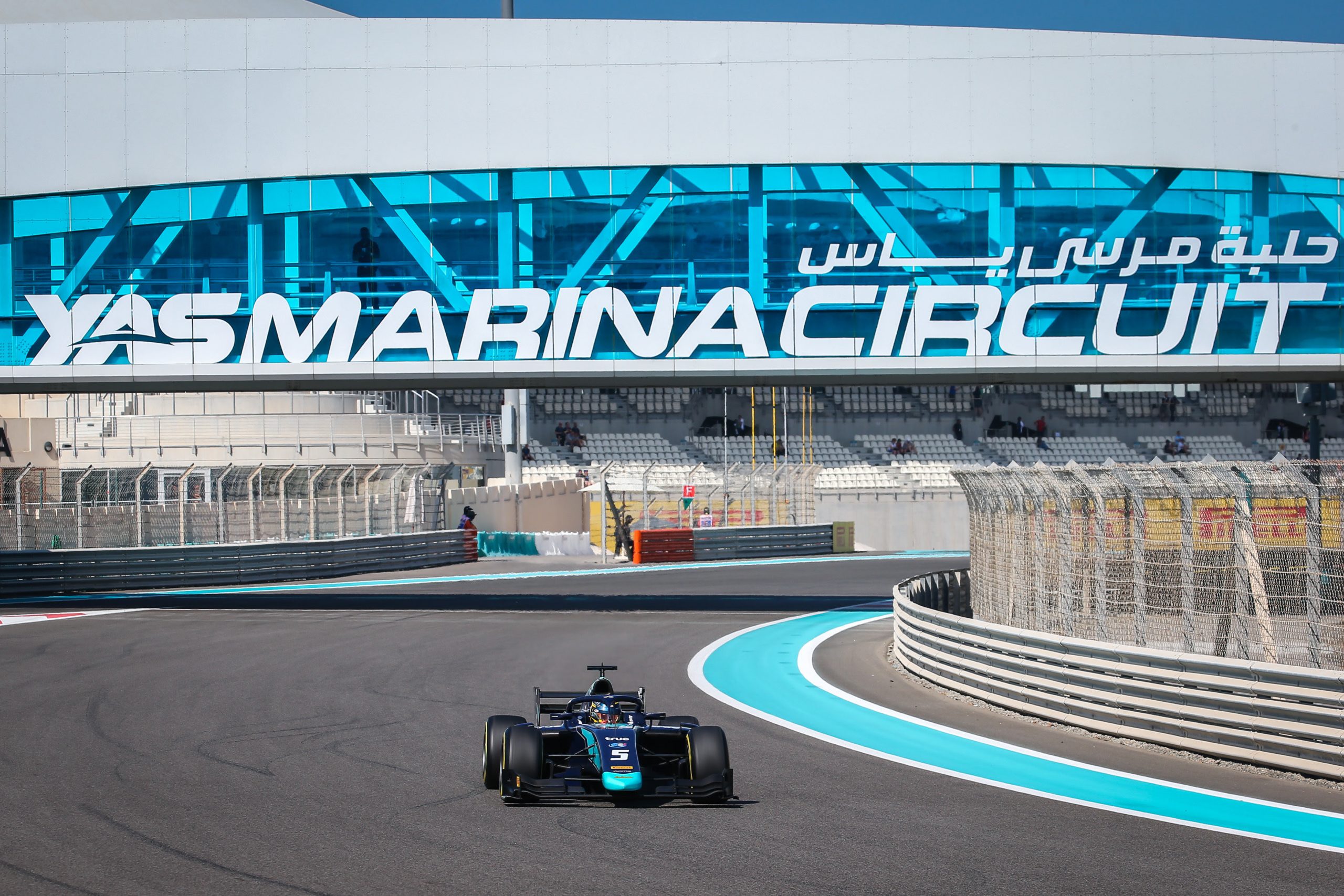 DAMS has secured third position in the 2018 FIA Formula 2 Championship’s teams’ standings, despite a challenging weekend for the French squad in the series’ final round at the Yas Marina Circuit, Abu Dhabi.

After qualifying eighth for Saturday’s Feature Race, Alexander Albon suffered a stall on the grid leaving him at the back of the pack. The Thai-British driver fought through to finish 14th, before going on to score a point with eighth in the Sprint event, earning him third in the 2018 Drivers’ Championship.

Nicholas Latifi lined up a season-best third for the weekend’s first race, but he was forced to retire on the opening lap after being hit when his car stalled on the grid. The Canadian started race two from the rear of the field, recovering to 15th position, after showing a strong pace following an issue at the start.

Alexander Albon: “Between practice and qualifying we made some changes that improved the car, but in qualifying I over-drove a bit so started from eighth. The stall in race one left us on the back foot for both races, but our pace was good so to go from 14th to eighth without DRS in the Sprint Race was the best job I could do. I would really like to thank DAMS for the opportunity to race in F2 this season, we might not have finished the season as we wanted, but everyone’s done a fantastic job all year.”

Nicholas Latifi: “We struggled a little bit in practice, but the team worked hard to analyse everything and make changes ahead of qualifying, and I was really happy to start third. It was tough in both races with the stalling issues, and I was disappointed not to be able to reward both the team and myself with the results that were possible. From Spa onwards we’ve been on an upwards trend across every weekend, and I’m really proud of the way the team’s operated all season long.”

François Sicard: “We had some big ambitions for this weekend, however we weren’t able to capitalise on these opportunities. Starting third and eighth for race one put us in a good position, but we were unlucky with both drivers suffering stalls. Alex did a good recovery in the Sprint event to take a point, though we were hoping for more. We are satisfied with our season, but we believe we deserved to be higher in the drivers’ and teams’ standings given the performance of our drivers across the year.”

DAMS will remain at the Yas Marina Circuit to partake in the FIA Formula 2 Post-Season Test, with Nicholas Latifi being joined by Sergio Sette Camara for the three days of running (29 November-1 December).