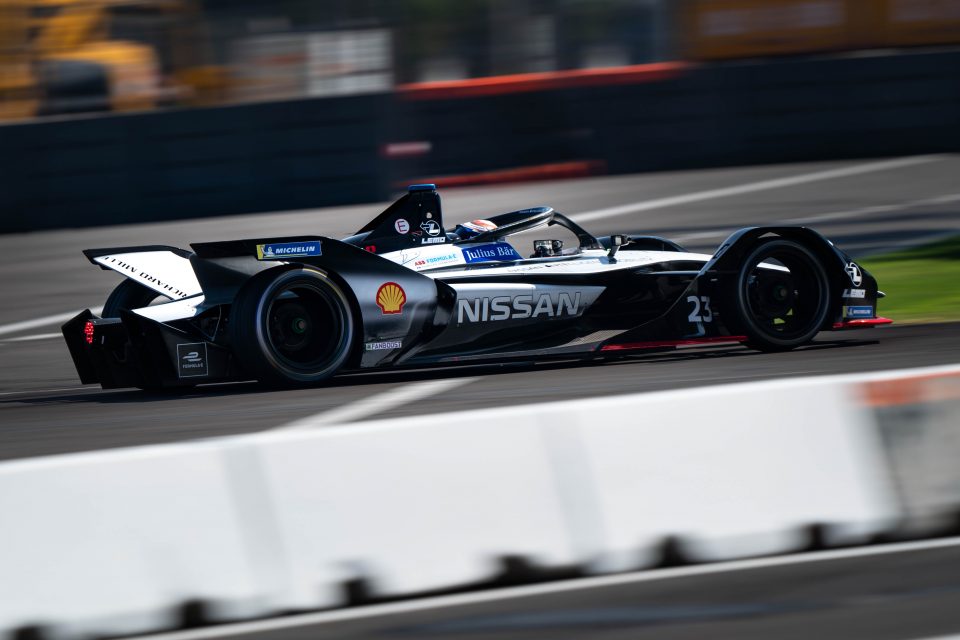 Nissan e.dams is set to contest the first of two ABB FIA Formula E Championship races taking place in Asia this season, when the series celebrates its 50th race this week in Hong Kong.

The Hong Kong E-Prix will be followed two weeks later by the return of the all-electric street racing series to China, with a race in Sanya on the southern tip of Hainan Island. Formula E staged its first-ever race in 2014 in China, with the Beijing E-Prix.
Nissan e.dams racer Sebastien Buemi won the inaugural Hong Kong E-Prix in 2016. He and teammate Oliver Rowland will be looking to repeat the strong pace they showed at last month’s Mexico City E-Prix.
Nissan entered Formula E at the start of the current season, the championship’s fifth, featuring new “Gen2” cars with more power and range than their predecessors. As the first Japanese manufacturer to compete in the series, Nissan is using Formula E to demonstrate the performance side of Nissan Intelligent Mobility – the brand’s vision for changing how cars are driven, powered and integrated into society.
The Nissan e.dams drivers have a busy week leading up to the Hong Kong E-Prix. Buemi and Rowland will conduct several days of simulator testing in preparation for the race before making an appearance at the Geneva International Motor Show on March 5.
Nissan’s display at the Geneva show will feature one of the team’s Gen2 cars, as well as the spectacular new Nissan LEAF NISMO RC electric race car and several versions of Nissan’s best-selling LEAF electric vehicle, including the new LEAF e+.
Buemi has continued to be a fan favorite in the Formula E #FANBOOST vote, receiving a boost of extra power in the past three races. Fans can help their favorite driver by tweeting using the hashtags #FANBOOST and #sebastienbuemi or #oliverrowland. They can also vote by visiting nismo.com/fanboost/seb or nismo.com/fanboost/oliver
The race day action in Hong Kong begins Sunday, March 10 at 7:30 a.m. (HKT) The 45-minute (plus one lap) race is scheduled for 4:00 p.m.
In conjunction with the race, Nissan is also bringing together industry leaders, government officials and media for the seventh edition of Nissan Futures, taking place March 8-10 in Hong Kong.

Sebastien Buemi: “When I first raced in Formula E in Beijing back in 2014, I had no idea the championship would achieve such tremendous growth, or that we’d be racing these spectacular Gen2 cars. I have lots of happy memories from winning the inaugural race in Hong Kong. While we’ve had challenges in our past two races, we’ve also had incredible speed, and I’m certain we’ll be able to continue that in Hong Kong. I know it will be tough, but my target is to win the 50th Formula E race and give Nissan its first series victory.”
Oliver Rowland: “I showed glimpses of pace in the first three races, but Mexico was the first weekend where I was able to put it all together for Nissan e.dams. To top the qualifying times, make the Super Pole session and then make a great start like that – it certainly gave me a huge confidence boost. I knew I could race with these guys, and now I’ve shown that I can. That gives me the incentive to keep working hard. Getting the complete result with a big points finish is next on my list of goals. Hong Kong will be another new track for me, but we’ll prepare on the simulator, and I’ll continue to draw on Seb’s experience to ensure we’re as strong as we can be.”
Jean-Paul Driot: “The Hong Kong E-Prix is a big challenge, because it’s one of the shortest tracks we race on, at only 1.86 kilometers. After Mexico, we’re now back on a traditional street circuit. It’s got one of the most spectacular backdrops in the entire series – the Hong Kong skyline and harbor. I’m confident we’ll again be very strong in Hong Kong. Our pace in Mexico was impressive, and the good thing is that the Nissan e.dams’ car has been fast in all sectors of a lap, not just our outright top speed or slow corner performance.”
Michael Carcamo: “Formula E’s 50th race is a great milestone, and we hope to celebrate it with another strong performance. Nissan e.dams has shown strong pace in recent races, and we aim to capitalize on that strength in Hong Kong. With innovations like FANBOOST and Attack Mode, as well as the compact race day schedule, every Formula E race is highly unpredictable. We’ve taken everything we’ve learned from our first four races, and everyone on the Nissan e.dams team is now looking to earn some valuable points.”