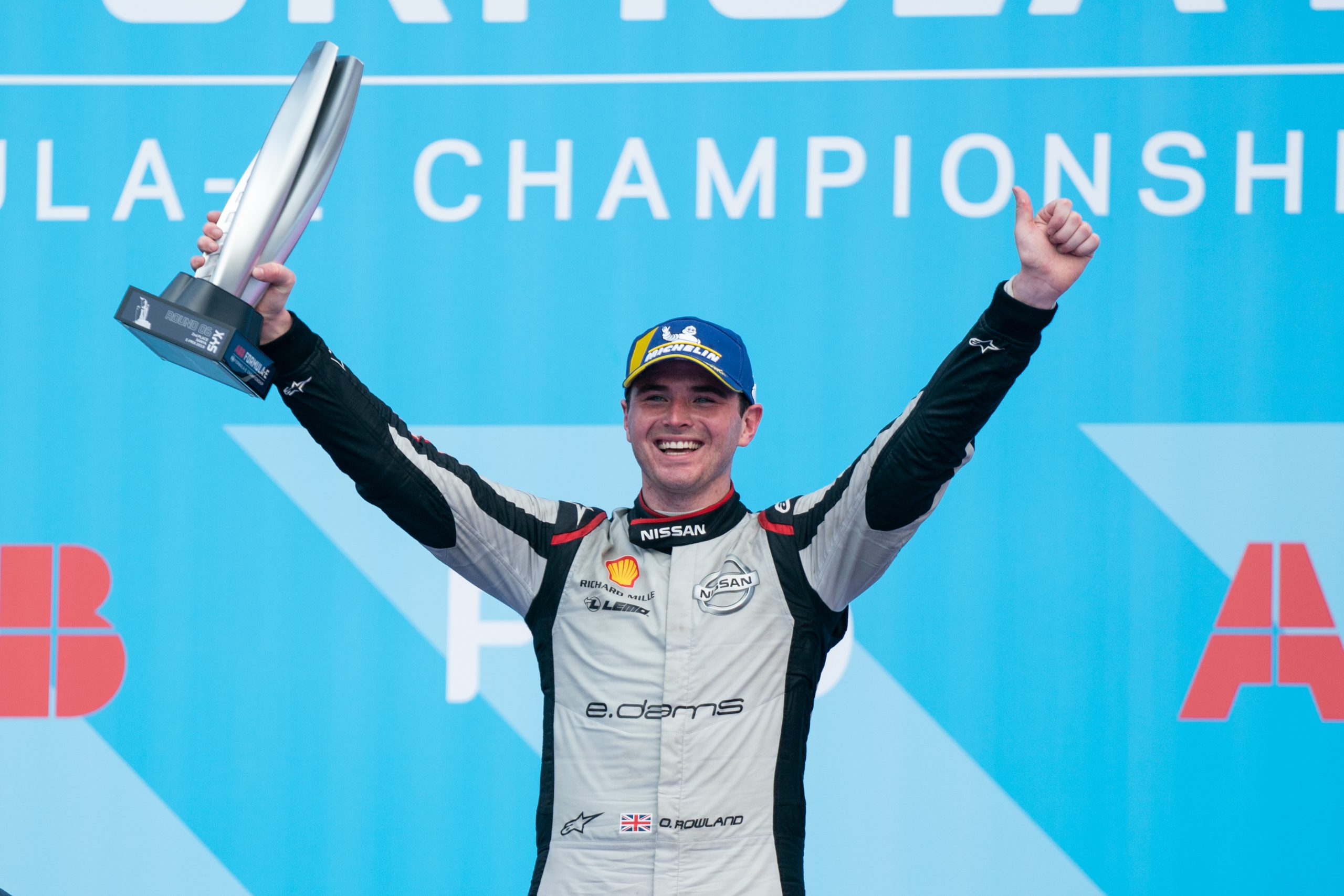 Rowland started from pole and led the first 18 laps of the race en route to his and the team’s first championship podium since partnering with Nissan at the start of the current season.
The Nissan e.dams team recorded its best points finish of the season with Rowland’s team-mate Sebastien Buemi storming from the rear of the grid to cross the line in sixth.
This weekend in China was the second time Nissan has had two cars in the Super Pole session. The Japanese manufacturer also became the first entrant to score two pole positions in Formula E season five. Sebastien Buemi previously scored the top spot in qualifying in Santiago.
Earlier in the day Nissan topped both practice sessions with Rowland fastest in practice one and Buemi topping the times in the second session.
Buemi was also fastest in the qualifying group sessions with Rowland coming out fastest overall in the Super Pole session which decides the top six starting positions.
A late race caution period followed by a red flag gave Rowland one final chance to attack race winner Jean-Eric Vergne. While the British racer was unable to regain the top spot, he was able to withstand the pressure from behind as the field was unleashed for a final 10-minute sprint to the flag.
Buemi’s charge began in the pit lane after an incident in Super Pole. The Swiss driver nosed into the barrier during his Super Pole run and subsequently had to relinquish his starting position in fifth due to the car being held in parc ferme by Federation International Automobile officials.
The delay forced Buemi to start from the pit lane, and he began a mighty charge through the pack, gaining 16 positions during the 45-minute race. Post-race however he was given a 10-second penalty for contact – setting him back to eighth place.

Oliver Rowland: “It was a good race. I got a good start and led the race for a long time from pole. I was struggling for some pace in parts of the race, and I decided to save a little bit of energy, but Vergne surprised me a little bit. After the red flag, I was very strong, but I had to take the points today. It was great to take my first podium and come home with 21 points. I missed the podium in Mexico, maybe missed the win in Hong Kong and finally today I scored the podium. Had I scored those other results I might have taken a bit more of a risk to get the win today. I’m very happy, and everyone in the team and Nissan deserve it.”
Sebastien Buemi: “My pace today was very good, but when you start at the back, it does make it tough. I not only started at the back in the pit lane but they didn’t release me until the last car was already quite a long way up the road. It is great for Nissan to score its first podium today. Oliver has been doing an excellent job, and it is great for the team to have two drivers pushing hard and being competitive.”
Jean-Paul Driot, Team Principal: “I’m certainly very proud of Oliver. This is his rookie season, and he has continued to improve with every race weekend. We had a great points haul today, but we certainly want more – Sebastien had the pace today to also challenge for the win. His drive through the field today was impressive. The entire team is excited about kicking off the European rounds of the championship in Rome.”
Michael Carcamo, Nissan Global Motorsport Director: “We’ve come so close in the past few race weekends so finally scoring Nissan’s first podium is very rewarding for the entire team. There has been six different pole-sitters and six different race winners so far this season – Formula E is undoubtedly one of the most competitive championships in the world. Now we’ve scored our first podium – we raise our sights to get to the top step of that podium. We know that it is going to be a big challenge. The Nissan e.dams team was fast this weekend, and both Oliver and Sebastien did a brilliant job. But the rest of the competition is also chasing that success hard, so we’ll have to raise our game again in Rome, Italy in three weeks.”