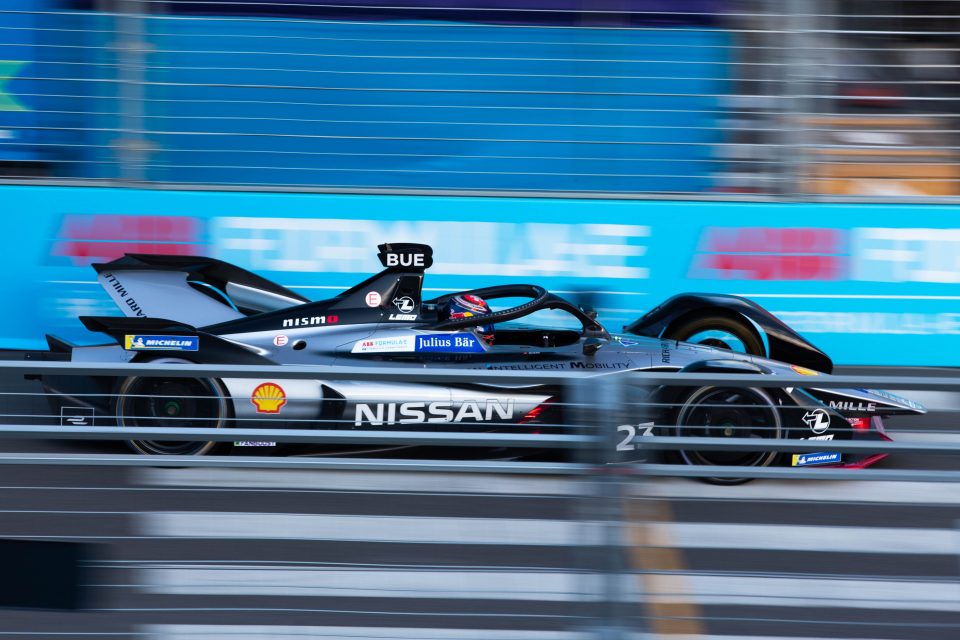 After a solid points haul in Rome, the Nissan e.dams Formula E team heads to Paris this week with its sights set on challenging for victory in the “City of Light”.

Nissan e.dams took fifth and sixth place in Rome with 2015/16 series champion Sebastien Buemi leading home his British team-mate Oliver Rowland.
The team scored its first podium in the all-electric street racing championship at the previous round in Sanya, and now Buemi and Rowland want to add their names to the growing list of Formula E race winners in season five.
Remarkably seven different drivers and seven different teams have claimed victory this season – highlighting the remarkable competitiveness of the championship.
Nissan e.dams has become a consistent performer over the past two rounds with both Buemi and Rowland scoring points in each race, and is one of only two teams to get both of their cars into the top ten at the checkered flag in Sanya and Rome.
The team’s haul of 44 points in the past two rounds is also the second most points scored by any team in China and Italy.
This weekend’s race will be held on the 14-turn, 1.93-kilometer Circuit des Invalides layout which runs adjacent to Paris’ famous Les Invalides building complex.
The race day action in Paris begins at 7:30 am local time on April 27. The 45-minute (plus one lap) race is scheduled for 4:04 pm.

Sebastien Buemi: “The Paris E-Prix circuit is very different from Rome. It is quite narrow and very short – one of the shortest tracks we race on all season. It doesn’t have the long straights like Sanya but the speed of the corners is similar, and our Nissan e.dams car does perform in slow corners. The car has been quite strong in the past two rounds, and everyone on the team is really looking forward to the Paris weekend. It’s a great venue with huge crowds, and we’ll be giving it our best shot to add Nissan’s name to the list of race winners in season five.”
Oliver Rowland: “I visited the Paris race two years ago and now I’m looking forward to racing there for the first time. Like all the tracks in Formula E, Paris will be another new venue for me, but I’ll be spending a lot of time in the simulator to prepare. Nissan e.dams has been in Super Pole for every round so it’s only a matter of time before we can put it all together. It would certainly mean a lot for the team if Seb or I can get the job done. Everyone has been working very hard so it would be a great reward.”
Jean-Paul Driot, Nissan e.dams Team Principal: “Of course we want to win in Paris – that would be brilliant, but we want to win every race we enter. We’ve been very pleased with our performance by both our drivers and the entire team, but we’re continuing to leave no stone unturned to make further improvements.”
Michael Carcamo, Nissan Global Motorsport Director: “We’ve had two very strong rounds in the past month, and we want to continue that performance this week in Paris. We’re very excited for this E-Prix. The Nissan e.dams team is based in France and Nissan’s management team for the Formula E program is actually here in Paris. But every team in this championship is continuing to raise their game every week. The level of intensity continues to rise, and we’re taking everything we learn from every lap to continue to improve our powertrain and systems.”