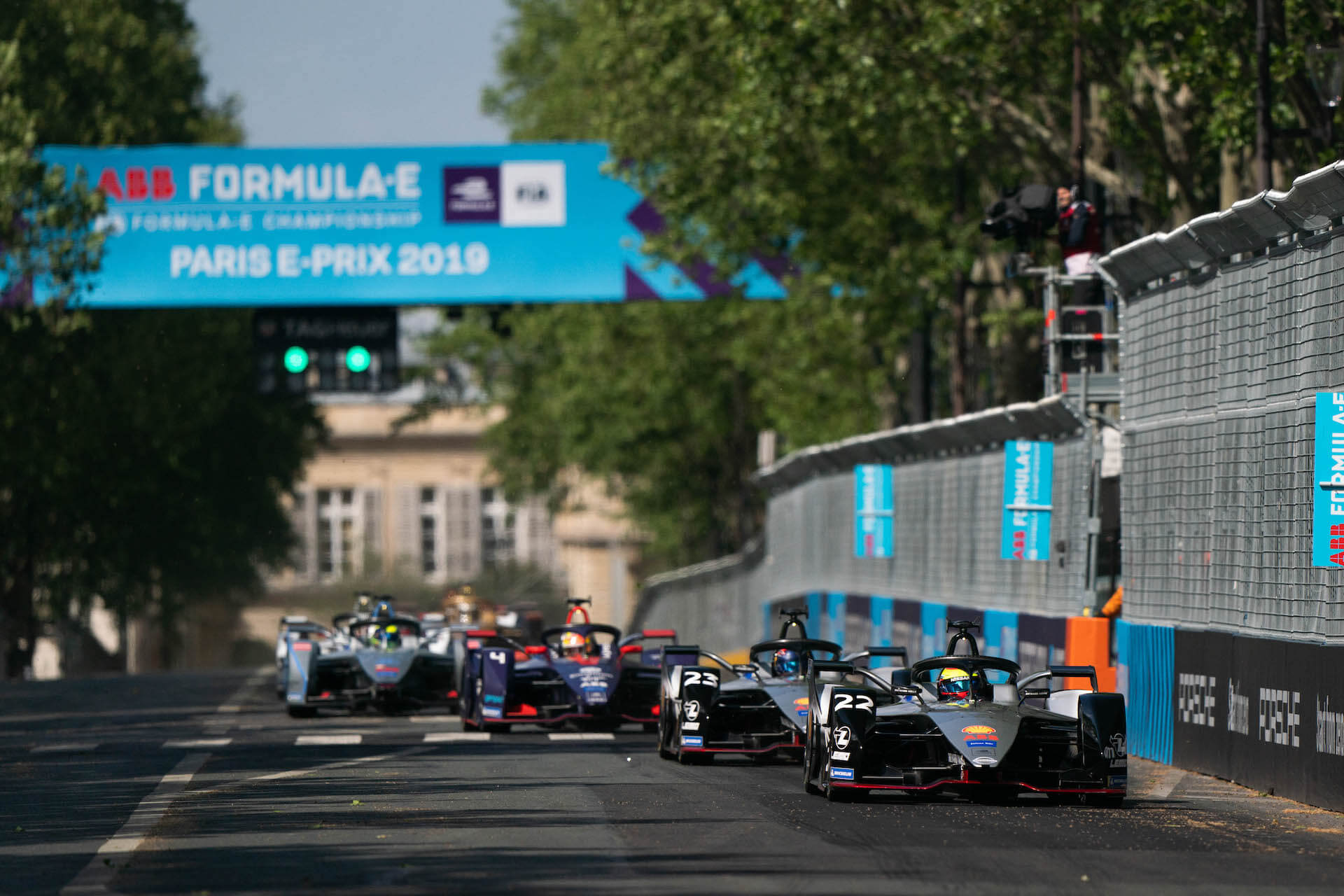 Nissan scored its first-ever front-row lockout in qualifying on the streets of Paris today in the ABB FIA Formula E championship with Oliver Rowland and Sebastien Buemi.

British racer Rowland became the first driver in season five to start two races from pole. Nissan e.dams also became the first team to start three races this season from the top spot – Buemi in Santiago and Rowland in Sanya and Paris.
The team was second fastest in the opening two practice sessions– Buemi in practice one and Rowland in practice two. Both Nissan drivers earned their place in Super Pole from qualifying group three where they were first and third fastest.
After Super Pole qualifying, Rowland and Buemi were initially second and third fastest before the pole winner was put to the back of the grid because of a tire pressure technical infringement.
While practice and qualifying went exceptionally well, the team’s good fortune in the race was absent.
After beginning with a safety car start, Nissan e.dams initially ran 1-2 before Rowland hit the barrier after a brake lock-up. He was able to reverse and get back on track and fought his way back up to 12th at the checkered flag.
Buemi was unlucky just after using attack mode for the first time. Eventual race winner Robin Frijns made contact with Buemi’s right rear wheel and damaged the valve stem.
With the tire starting to deflate, Buemi was forced to the pit lane for a replacement wheel and tire. The Swiss driver got to the finish in 15th place.
The dramatic race featured a number of safety car periods, rain and even a short period of hail during the 45-minute battle.
Formula E returns to the streets of Monaco for its next event on May 11 followed by additional European races in Berlin and Bern.

Sebastien Buemi: “I was really unlucky today because Robin [Frijns] hit me in just the right spot and the tire started to lose air. It was a slow leak, but I was getting slower and slower and had to pit to replace it. I’m disappointed, and the guys on the team are hurting as well. We know we have the pace, but luck hasn’t been on our side so far this season. We’ll now look forward to Monaco. Every driver in the world loves to race on those city streets. I’ve managed to win both of the Formula E races that have been staged in Monaco so I’ll certainly be working on making it three.”
Oliver Rowland: “I was really comfortable in the lead before the crash. We don’t know for sure what happened yet – whether I made a mistake, or something happened with the car. The car was still super-fast after the impact, but I had lost too much ground. I later suffered some contact in traffic which damaged the front wing and then it was just about bringing it home. If it wasn’t for the contact, I could have ended up in the points. It certainly feels like a day of missed opportunities, but we have to keep working hard and will look give it our best shot again in Monaco.”
Jean-Paul Driot, Team Principal: “What makes today so frustrating is the fact that our cars were so fast. We’re improving with every race we’ll continue to work very hard to get Nissan in victory lane. Everybody in this team is so determined and a result like this today only raises that level of determination. We’re very proud today to put both cars on the front row in qualifying, but now we want to see both drivers on the podium.”
Michael Carcamo, Nissan Global Motorsport Director: “With every race, we feel we are getting closer to that ultimate success we are aiming for. We’re obviously bitterly disappointed, but we’ve again demonstrated the cars are very fast. Seb was extremely unfortunate today, and we’ll go through the data and investigate what happened with Oliver. We’ll continue to work hard and aim to get the job done in Monaco. We’ve now had eight different race winners in eight races – that’s incredibly competitive, and we want our guys on that winner’s list.”