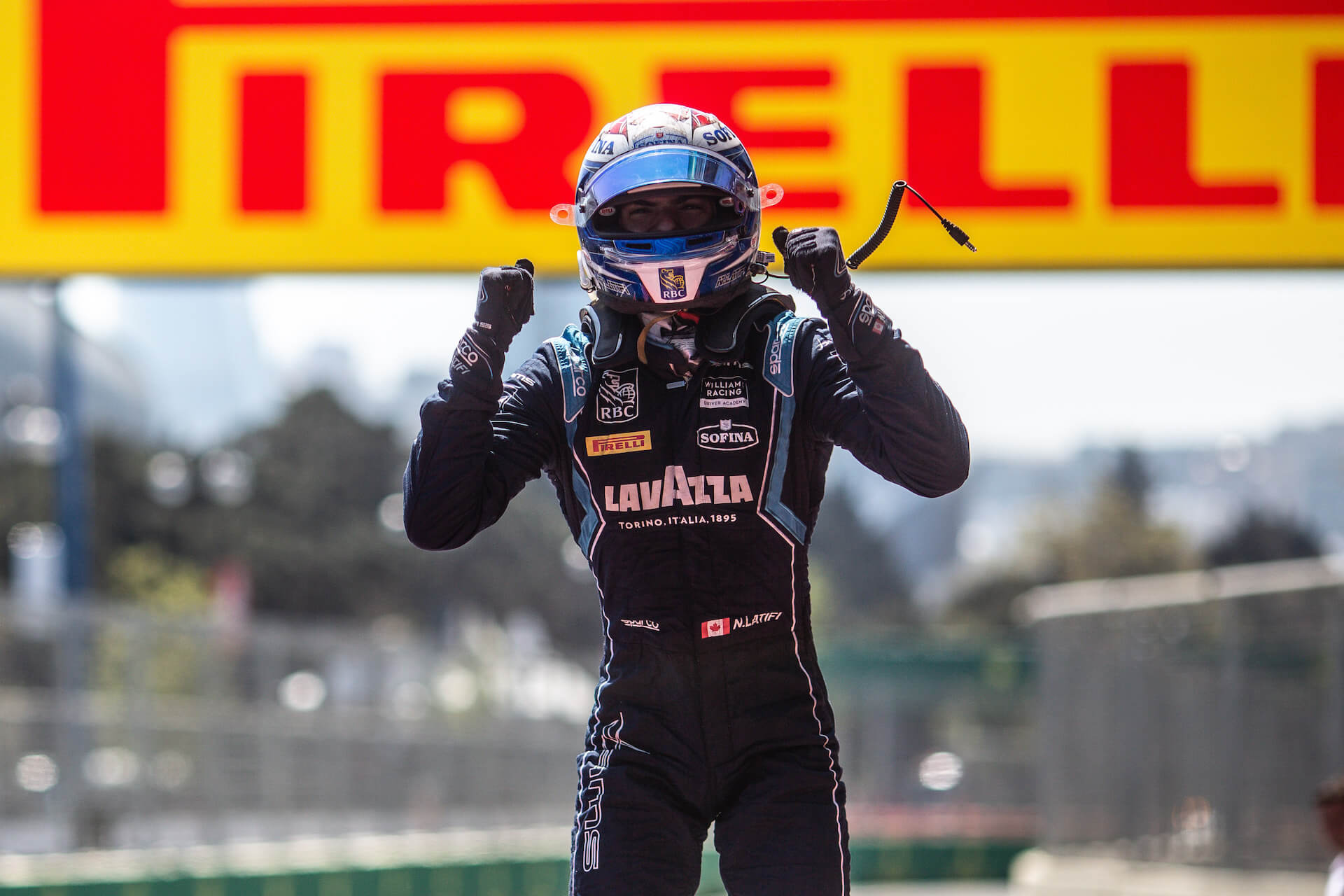 DAMS scored its second victory of the 2019 FIA Formula 2 Championship season with Nicholas Latifi in the Baku Sprint Race, while Sergio Sette Camara put on a strong comeback drive to score valuable points.

Latifi leapt up from seventh on the grid at the start of the Feature Race to fourth by the end of lap one and was running in a podium position for the majority of the race. His eventual fourth-place finish was enough to regain the lead in the drivers’ championship.
The Williams Formula 1 reserve driver made short work of getting into the Sprint Race lead, picking up a place off the line to get to third. Once the Canadian secured second after the first safety car restart, he slashed the two second gap to the leader and took the position with ease.
Despite two further safety cars putting the chasing field back on his tail, Latifi held on and scored a sensational win.
Sette Camara made a strong recovery drive after being eliminated from the Feature Race when he was hit under safety car conditions. From 14th on the grid, the McLaren Formula 1 junior kept his nose clean amid a chaotic race and scored good points in sixth to keep DAMS on top in the teams’ championship, setting the fastest lap of the race along the way.

Nicholas Latifi: “I’m obviously pleased with the outcome of the weekend in terms of the points haul. Practice and qualifying were a bit of a struggle, we didn’t have the pace we wanted and even in race one I was disappointed with the pace. We did a lot of analysis overnight and the guys did a good job of working out what I did wrong and where we could improve the car. In race two I got the confidence back and we were clearly the quickest. I’m really happy to get the win and extend the championship lead. We’re keen to keep the momentum going into the next round.”
Sergio Sette Camara: “It was a tough weekend. Looking back at it I can see a few key moments that completely changed the way it developed. In the Feature Race I had good pace and could have finished third easily, but in the end got zero points and started at the back on Sunday. It’s tough to see how one small, silly moment that is not even your fault can change everything. Now we need to focus on Barcelona, keep our heads high and remember the championship is long. Congratulations to the team and Nicholas for the win. I hope that both cars can have a good result in Barcelona.”
François Sicard, Managing Director: “It’s been a very positive weekend, leaving Baku leading the drivers’ and teams’ championship with a great victory for Nicholas in race two is hugely satisfying. We did not find the exact level of performance we wanted in practice or qualifying because we couldn’t get the temperature in the tyres. But starting P4 with Sergio and P7 with Nicholas in Baku gives you hope of a good result. It was a shame to lose third place two laps from the finish with Nicholas but from seventh it’s good points. For Sergio to be in the podium fight and being put in the wall was hugely disappointing as it also meant starting from the back in race two. However, he managed to avoid the chaos and pull some great overtakes to clinch sixth. It wasn’t the result we aimed for, but he rescued the weekend. Nicholas managed the difficult safety car restarts with his experience on his way to a great win. We may be leading both championships but with 10 more rounds nothing is done for sure. We have demonstrated our team is performing well and our car is quick. Now we will focus on Barcelona where we know the opposition will continue to challenge us.”

The third round of the 2019 FIA Formula 2 Championship will take place in Barcelona, Spain on May 10-12.
Photo: Dutch Photo Agency