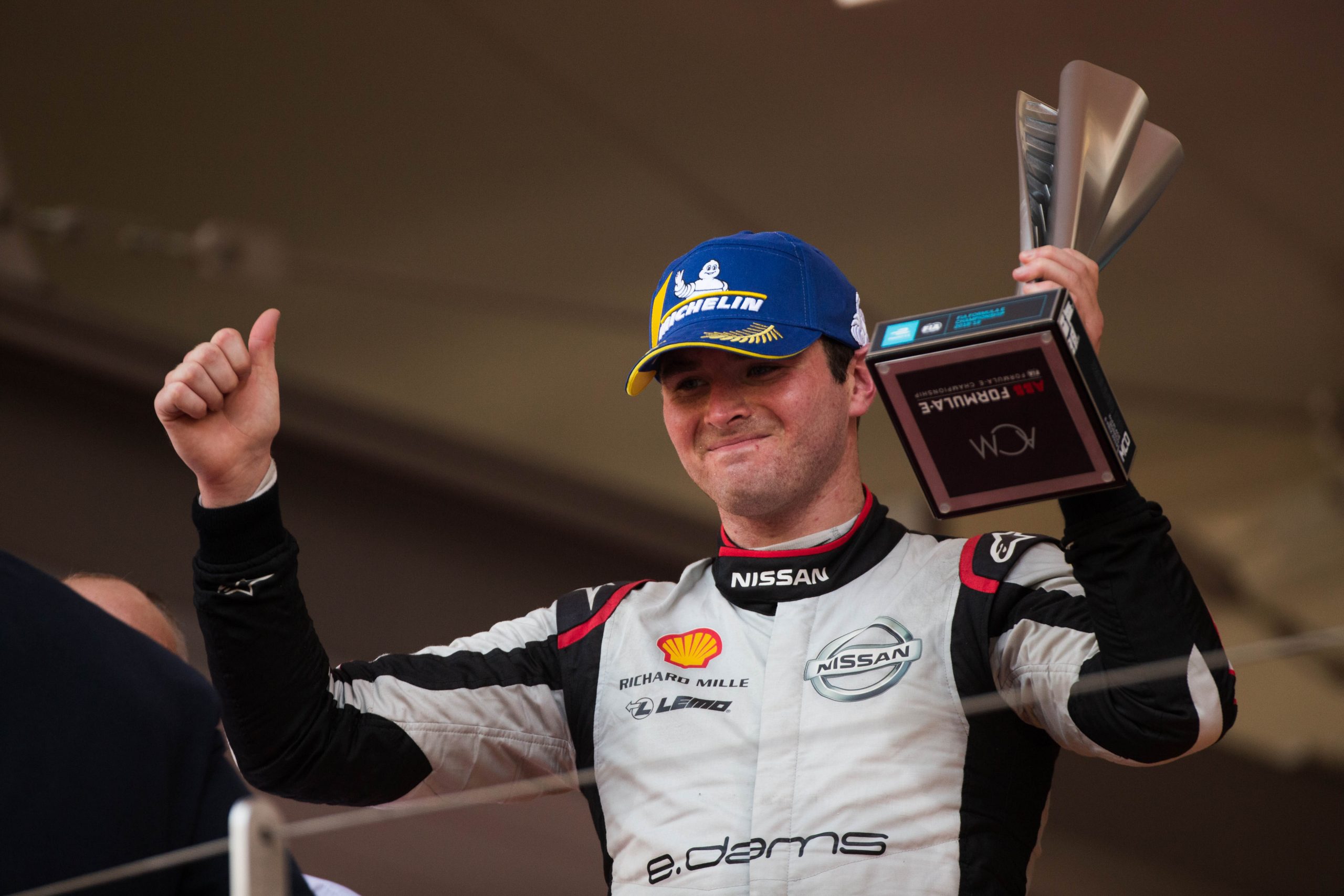 Nissan e.dams has scored its best Formula E result with the team finishing the Monaco E-Prix with two cars in the top five and Oliver Rowland standing on the podium.

Rowland took second place after finishing only 0.201 of a second behind the race winner, while Sebastien Buemi completed the impressive points haul for the team by crossing the line in fifth.
Nissan e.dams finished the day with 31 points – more than any other team on the grid in the third European race of the season.
Nissan set the pace in the second practice session today and then both Buemi and Rowland made it through to the Super Pole session.
Series rookie Rowland made the most of the top six Super Pole shoot-out by qualifying on pole. However due to a post-race penalty from the previous round in Paris and a penalty applied to Mitch Evans here in Monaco, Rowland started from third position. Team-mate Buemi started in fifth and both made strong starts into the first corner.
Rowland took second place eight minutes into the race and spent the rest of the battle glued to the tail of eventual winner Jean-Eric Vergne. Despite closing to within inches in the final moments of the race, the British racer drove a stellar race and finished second.
Buemi had a fierce early battle with Felipe Massa after attacking in the early laps. He later had to go into defensive mode to hold his position through to the checkered flag – resisting massive pressure from a number of rivals.
Two races remain in the European leg of the ABB FIA Formula E Championship: Berlin, Germany and Bern, Switzerland before season five finishes in New York in July.

Oliver Rowland: “Paris was very disappointing so to bounce back today as we did – especially considering the grid penalty we had to serve – was very rewarding. Today was all about energy management, and I was working hard through the race trying to conserve so I could push at the finish. For me, it was a risk versus reward situation in the last couple of laps. I probably had the chance to throw it down the inside or try for an outside move on Jean-Eric Vergne but it was important to us to take the points and the trophy and push ahead in Berlin. I’m looking forward to the upcoming races because we are getting stronger and stronger and that bodes well for the rest of the year.”
Sebastien Buemi: “I had a tough battle out there, but it was a great points day for the team. I made a good start and was right behind Oliver, but it was important not to make contact with my teammate. I used a lot of energy early trying to challenge Felipe (Massa), and then after that, I had to conserve. It becomes even harder because then you are defending the inside line and that isn’t the optimal line to get the best lap time. Late in the race I had a bit more of a gap and was able to string some really good laps together, so today was about making the most of what we had. My lap in Super Pole was a little bit disappointing, so it was a battle for me after that.”
Jean-Paul Driot, Team Principal: “The team pulled it all together today and everyone should be very proud of what we’ve achieved. We continue to push every weekend against some incredibly tough opposition, and this result is another important step for us in our goal in taking Nissan e.dams to the top step of the podium.”
Michael Carcamo, Nissan Global Motorsport Director: “This wasn’t a track we expected our package would be strong, but to leave Monaco with a pole position, a podium, two cars in the top five and scoring the most points of any team is a brilliant result. Paris was a tough weekend for us so to bounce back here in Monaco is an excellent reward for everyone on the team who has been working so hard to improve our package.”