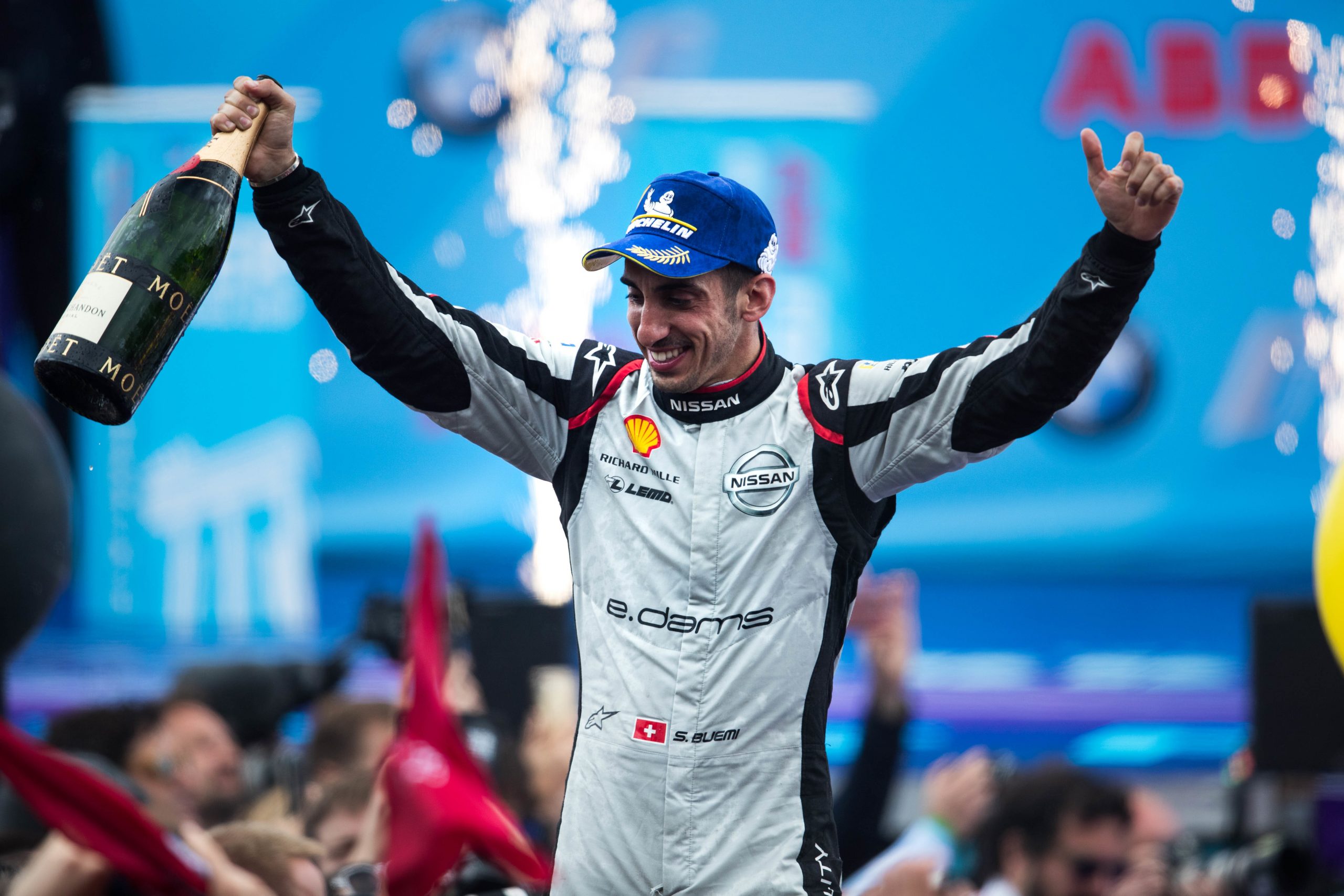 Buemi’s second place was his first podium for this season, the third for Nissan e.dams and comes back-to-back after team-mate Oliver Rowland took pole position and finished second in the previous round in Monaco.

After finishing second in the qualifying group sessions, Buemi continued Nissan e.dams’ run of being the only team to earn a place in the Super Pole session for each round of season five.

He made the most of the opportunity by topping the times in the shootout and leading the opening five laps of the race. He briefly dropped to third before using the extra power granted by earning the Fanboost vote to move back into the runner-up position, which he held until the chequered flag.

Rowland qualified 12th fastest and fought hard throughout the 45-minute race at Berlin’s old Tempelhof Airport to cross the line in eighth place.

With 25 points in this race, the team has moved into fourth place of teams’ championship and both Rowland and Buemi move into the top 10 in the drivers’ standings.

Sebastien Buemi: “It’s very rewarding to finally take a podium for Nissan e.dams because we’ve come so close so many times throughout the season. From the team’s perspective, we’ve now had two races in a row where we have scored a big batch of points and that has moved us up to fourth in the championship. We’re catching the pack and hopefully we can continue that momentum. I’m really happy for the team because they have done a great job. It was great to start from pole and finish second and Oliver did the same in Monaco – I’m now just looking forward to my home race in Bern and I really want to do well. The team has shown that the car is very quick in qualifying, but we need to improve in the race. Today we showed we were better, but we still want to take that overall next step.”

Oliver Rowland: “I had a really strong race. I made a good start and made up a couple of places in the beginning. The car was quite good, and we made some good improvements in the right direction, so I was pretty happy. I struggled a little bit in qualifying and my car didn’t quite have the balance I needed in practice yesterday. I’m looking forward to Bern and getting a good qualifying under my belt. For the last couple of races if I can qualify well and have a strong car in the race like I did today then I should be able to score plenty of points. Today was still a great day for the team and I’m really pleased for Seb.”

Nissan e.dams team principal, Jean-Paul Driot: “We’re very pleased to put consistent weekends together and to come away with a big handful of points every time. We’ve now moved up into fourth place in the team’s standings which is a great reward for the guys who have been working so hard. We’re still looking to take Nissan to the top step of the podium but our progress each week is very encouraging. We’ve been fastest in Super Pole for three races in a row and now we want to turn that into wins for Nissan e.dams.”

Nissan global motorsport director, Michael Carcamo: “We’re very proud of our performance today and thrilled for Sebastien because he has been particularly unlucky at a couple of races this year. This is a great result leading into his home race in Switzerland in a couple of weeks. The entire team is very happy with our qualifying efforts this year and we’re constantly looking to improve our race pace. Grabbing our second podium in a row shows we’re building that consistency as we strive to take the next stop to the top of the podium.

The European leg of the championship will finish in Bern, Switzerland on 22 June before the final races of season five conclude at New York, USA on 13 and 14 July.