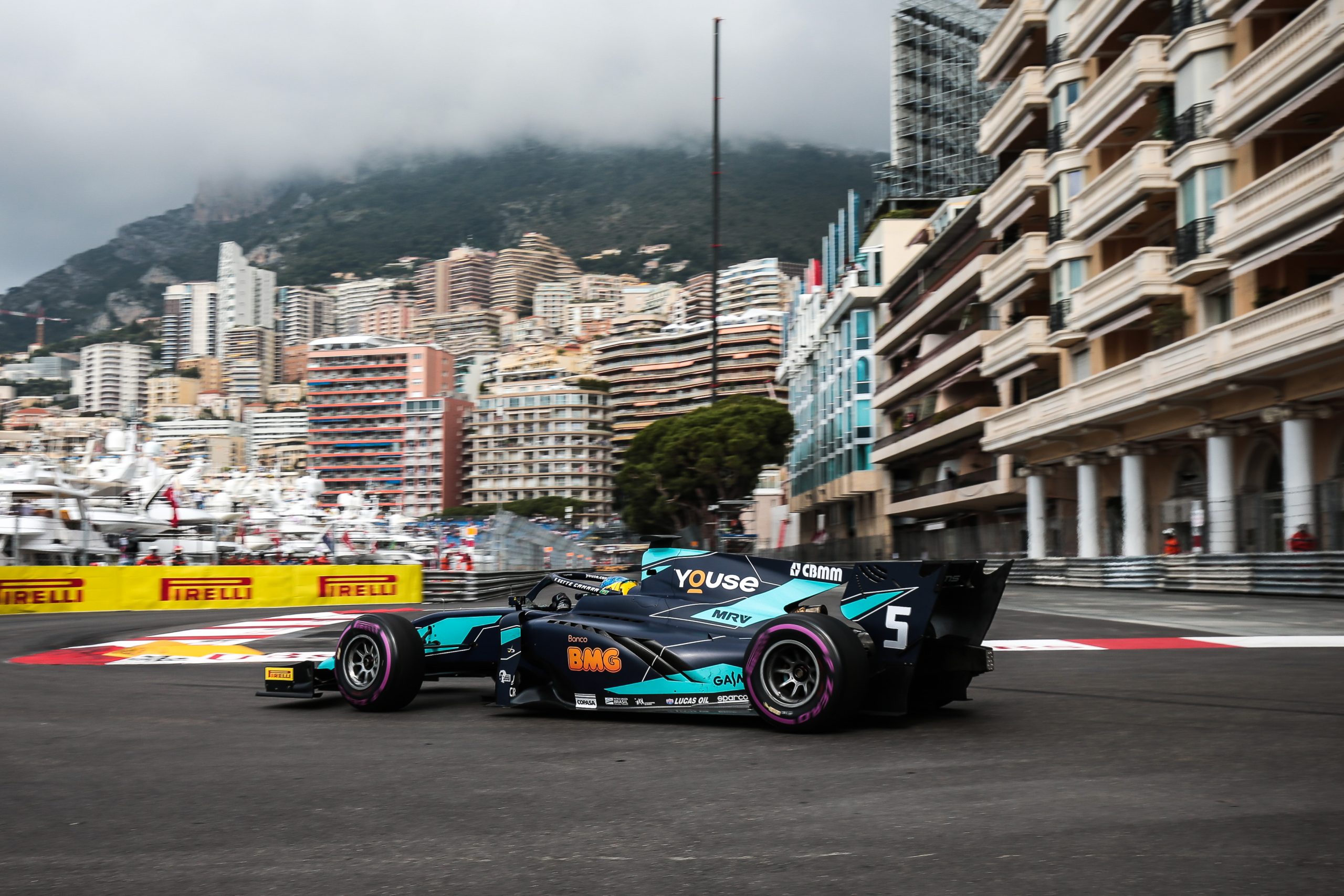 DAMS retained the lead in both the FIA Formula 2 teams’ and drivers’ standings, after Sergio Sette Camara scored the French squad’s seventh podium of the season in Monaco (23-25 May).

Qualifying third in his group, Sette Camara lined up fifth on the Feature Race grid. The Brazilian moved up to third at the start and held position until a red flag emerged.

The team opted to keep the McLaren F1 test and development driver on the hard compound tyre, pitting for softs with just over 10 laps remaining. He emerged just outside the podium places, finishing fourth on the road before a penalty ahead promoted him to third.

Going from sixth in the Sprint Race, Sette Camara initially dropped back but returned to the position he started to score more valuable championship points.

Initially fifth fastest in qualifying, Nicholas Latifi lined up eighth for the Feature Race following a grid penalty for a pit lane infringement during practice. The Canadian made several superb overtakes but incidents prevented him finishing higher than 13th.

The difficulty of overtaking on the streets of Monte Carlo meant the Williams F1 reserve driver could only move up to 10th in the Sprint Race, with his fastest lap ensuring he retained the lead in the drivers’ championship.

Sergio Sette Camara: “It was a good weekend for me. We slowly rebuilt our confidence after two bad rounds through no fault of our own in Baku and Barcelona, and I’m pleased to be back in the top-three here in Monaco. Thank you to DAMS for all the hard work and I’m looking forward to returning to action again for Paul Ricard.”

Nicholas Latifi: “The car felt good in practice, but we got a penalty at the end of the session, so I couldn’t be higher than fourth on the race one grid. I made a mistake on my fastest lap and could have been second in my group. I was feeling really comfortable in the Feature Race, but was probably a little bit too aggressive and in hindsight maybe should have held position. Quite a lot of the drivers were moving under braking which led to incidents. The consolation is that I scored points for the fastest lap in race two, which means I retain the championship lead. I’m sure we will come back stronger in Le Castellet.”

François Sicard, Managing Director: “It was a mixed weekend, but we come away with solid points and the lead in both championships. We are delighted to see Sergio return to the front, after bad luck denied him strong results in the previous two rounds. The weekend started well for both drivers, but Nicholas unfortunately received a penalty for exiting the pits whilst there was a red light. After that it was difficult for him to recover as it’s not easy to overtake here. Monaco is always peculiar, as you can’t make any errors and must retain a high level of performance, whilst some luck helps. We were slightly off where we needed to be, but will return to our home race at Paul Ricard with the aim of having both drivers at the front and scoring strong points for both championships.”

The fifth round of the 2019 FIA Formula 2 Championship will take place at Paul Ricard, France on 21-23 June.