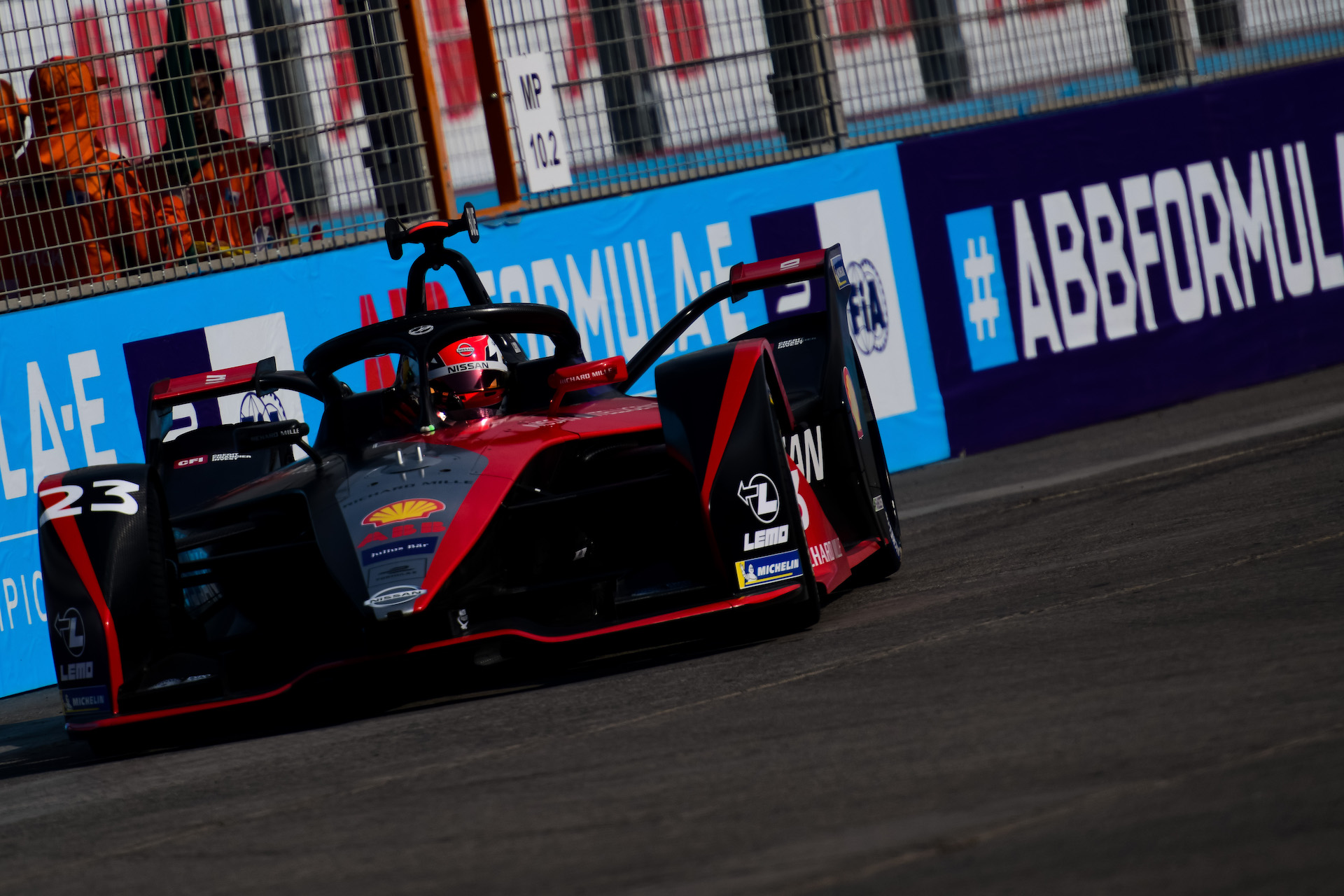 Nissan e.dams’ strong pace went unrewarded at the Chilean round of the ABB FIA Formula E Championship in Santiago, narrowly missing out on points in an action-packed race.


Round three of the championship, held at the fast Parque O’Higgins circuit, took place in sweltering conditions, making energy management a key tactical element, while a slippery track surface caught several drivers out.
Sebastien Buemi made Super Pole for the second consecutive time this season, starting from sixth position and spent much of the race battling for points. After an intense fight to cross the line in seventh, a 30-second time penalty for a technical infraction saw Buemi eventually classified in 13th place.
Last season’s rookie of the year, Oliver Rowland, pushed hard for pace in his qualifying group, but a slide saw him make contact with the wall, meaning the British driver would start 23rd for the race.
Now in his second season, Rowland demonstrated his strong pace by topping the second free practice session. During the race, the two-time Formula E podium finisher recorded the fastest lap, eventually finishing in 17th position after a damaged front wing from contact and drive-through penalty.
Next for the Nissan e.dams squad is round four of the FIA Formula E Championship from Mexico City (15 February).

Sebastien Buemi: “This was a tough day. I started in sixth, but then had a bad start with lots of wheelspin. After that, we had a technical issue with the steering wheel which cost me a few positions. I was able to salvage some points at the end and finish seventh, but the time penalty took us out of the top 10. A frustrating day but we now look forward to the next round in Mexico.”
Oliver Rowland: “A disappointing day for me as we had potential to score good points. My mistake in qualifying put us on the back foot, and then the contact with another car in the race dropped us down the field. I’m putting this race behind me and concentrating on Mexico.”
Olivier Driot, Nissan e.dams team principal: “We faced many challenges as a team today in Santiago. We fought hard and showed good pace, but the mistakes we made and some technical issues with Seb’s car saw us miss out on points. With work to do in the simulator and positives about our car’s speed, we now look forward to Mexico.”
Michael Carcamo, Nissan global motorsports director: “Santiago proved to be a challenging race for the team. Both drivers demonstrated pace and our race car proved to be among the quickest. Ultimately, some mistakes and technical issues cost us what could have been a solid haul of points. The drivers are disappointed, but we take some satisfaction in our fastest lap and can look to Mexico next month knowing that we have the tools to compete at the front of the field.”