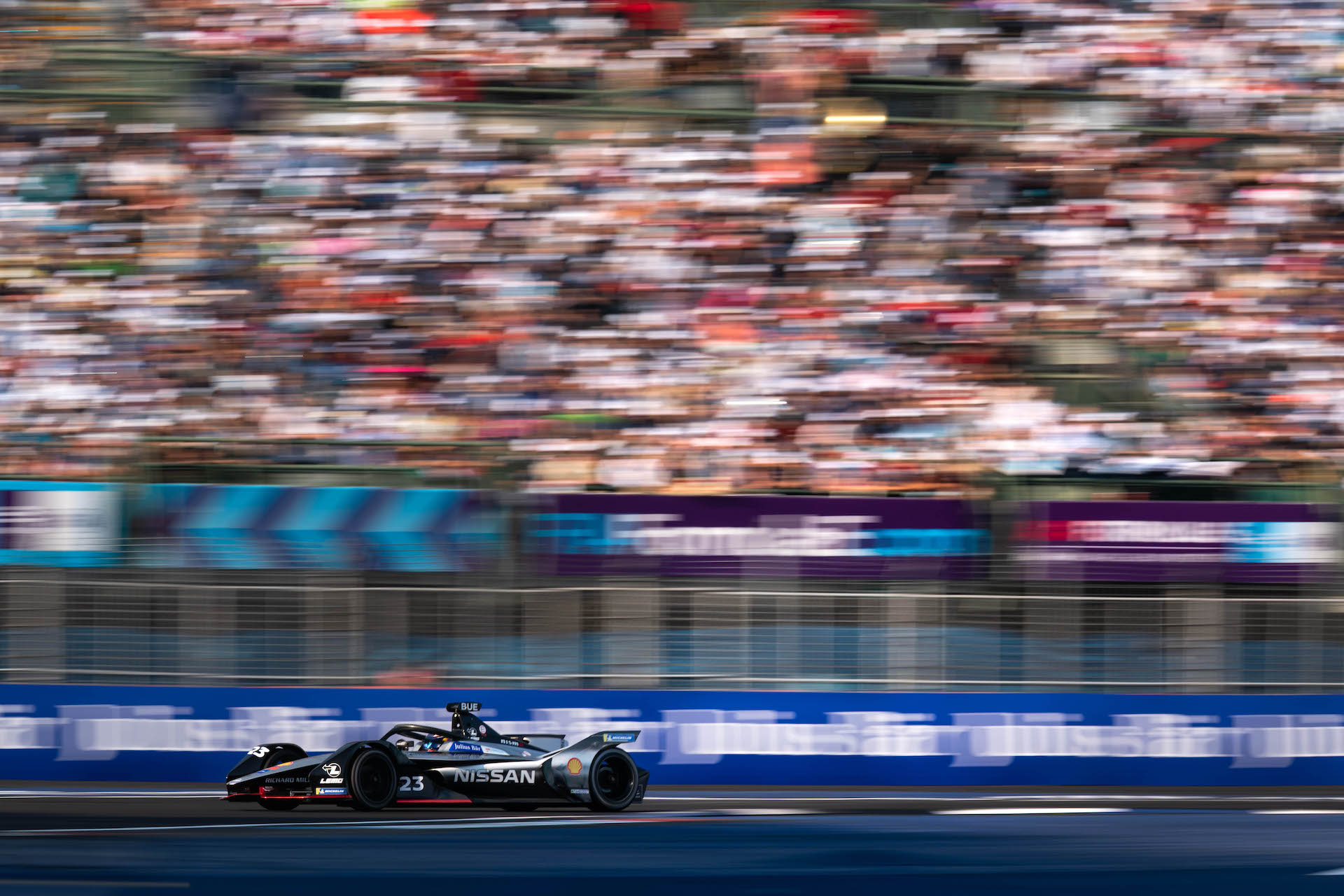 Racing becomes an entirely new challenge when done 2,250 metres above sea level, which is exactly what Nissan e.dams will be doing at the Mexico City E-Prix on 15 February for the fourth round of the 2019/20 ABB FIA Formula E Championship.
After the blazing heat at the previous race in Santiago, temperatures will continue to rise in Mexico City due to its extreme altitude and a longer, faster circuit layout as the city hosts its fifth Formula E race.
The challenge arises from thin air experienced at high altitude. In a naturally aspirated internal combustion engine this would cause a loss of power as less oxygen is feeding the engine for combustion, but an EV’s speed is not hindered in this way. In fact, less air resistance can actually help the cars reach higher speeds.
However, one area that cannot be easily alleviated is the difficulty in cooling. With less air running through the radiators, the spec McLaren Applied Technologies battery can quickly overheat due to the regeneration of energy, which is a crucial aspect of a Formula E race. The driver puts energy back into the battery using the regen paddle on the steering wheel, this simultaneously heats it up, much like how a mobile phone can become warm when charging it.
As Formula E pushes the technology to its absolute limit in terms of performance, the effect is magnified in a racing environment, meaning that the worst-case scenario is the battery shutting down as a result of overheating. Each team must maximise cooling without compromising lap time or aerodynamic efficiency, while also making the most of their usable energy.
Compounding this will be a new, extended layout at the Autodromo Hermanos Rodriguez, which now feeds into the Esses section on the Grand Prix layout. The two chicanes at Turns 3/4 and 14/15 have been removed, meaning the famous Peraltada corner will see Formula E action in its entirety for the first time, allowing for some of the highest speeds seen on the calendar down the main straight.
Preparing for the new layout will be key, with the drivers spending maximum time in the simulator to not only learn the circuit, but also begin to form a race strategy and know exactly where the optimal places are for energy saving.
The Mexico City E-Prix will take place on Saturday 15 February.