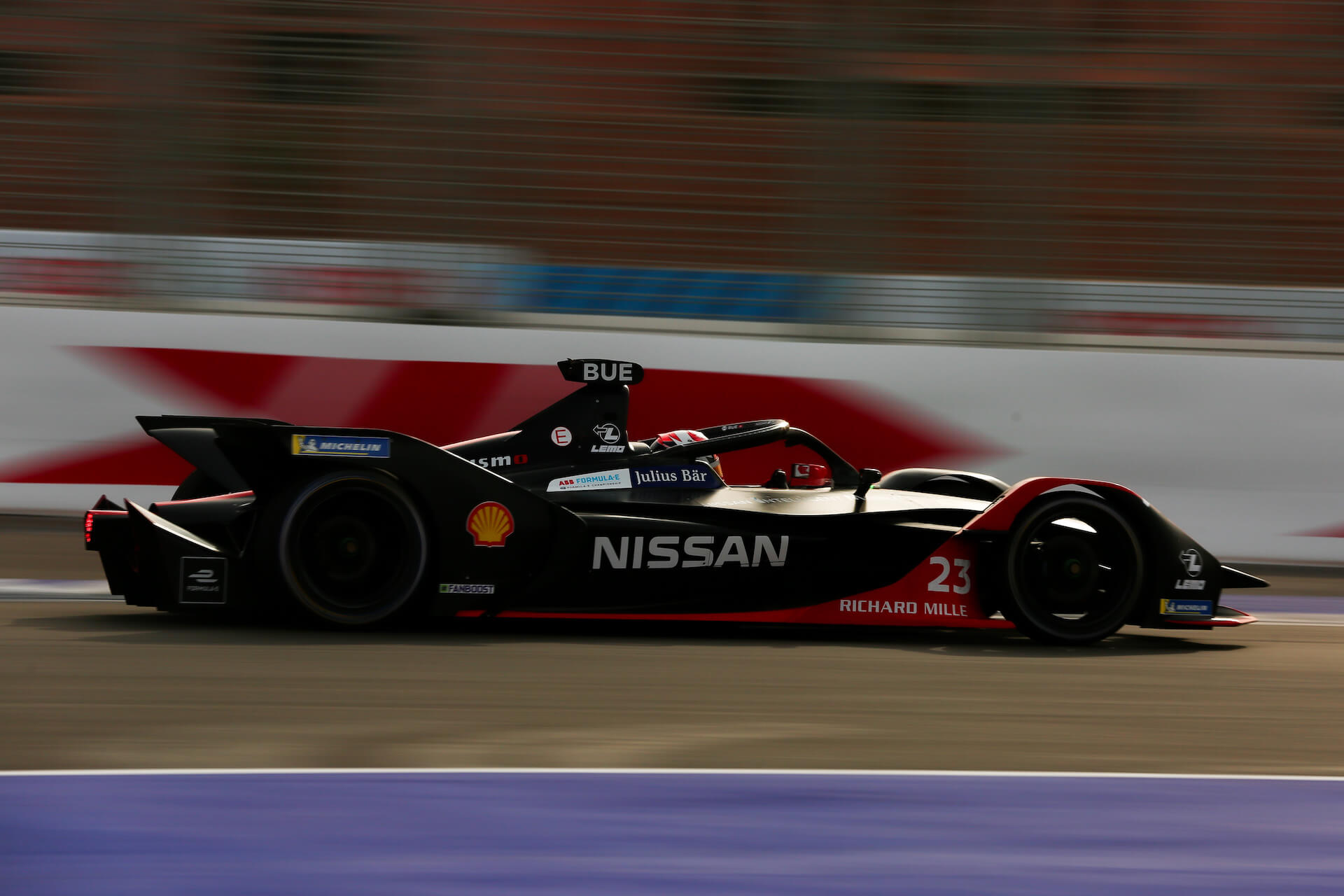 Nissan e.dams took a double points finish and continued its Super Pole streak at the Marrakesh E-Prix, the fifth round of the 2019/20 ABB FIA Formula E Championship.
Both cars appeared in the top 10 in qualifying, with Sebastien Buemi making a fourth consecutive Super Pole appearance to start sixth with Oliver Rowland ninth.

A late charge from Buemi brought the 2015/16 series champion up the order to fight for the podium in the closing stages, finishing fourth with a margin of just 0.2 seconds to the car ahead.

Last season’s rookie sensation Rowland made it a double points finish, with Nissan e.dams one of only two teams to feature both its cars in the top 10. This elevates the squad above Mercedes to fourth in the teams’ standings.

The European leg of the Formula E season is due to kick off on April 4 in Rome, Italy.