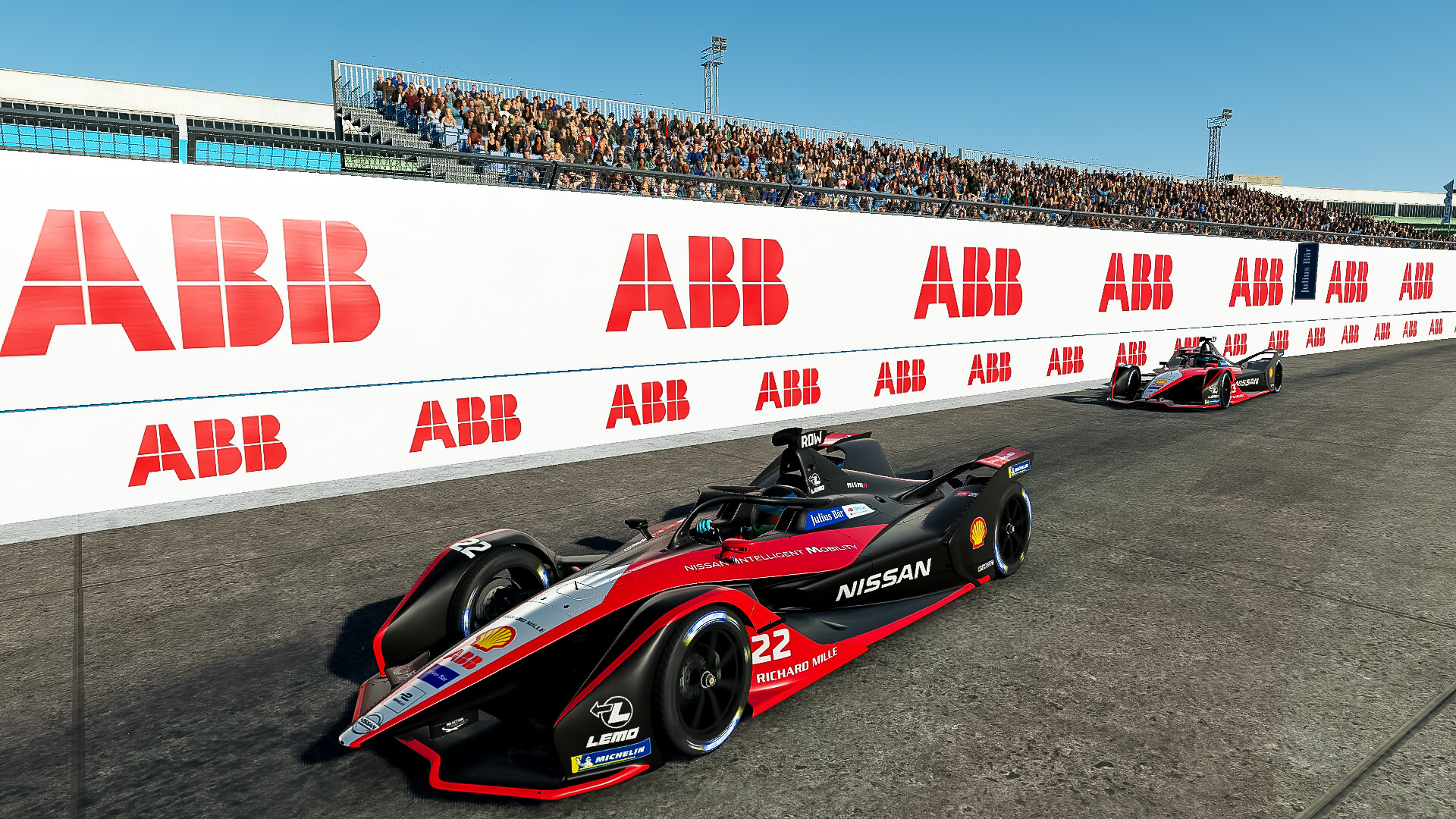 Nissan e.dams driver Oliver Rowland took his second series win in the final round of the ABB Formula E Race at Home Challenge, taking third in the drivers’ championship and helping Nissan e.dams to second in the teams’ standings.

Rowland’s dominant lights-to-flag win from pole position rounded off the eight-race competition in style, along with Sebastien Buemi’s fifth place from sixth on the starting grid. The success at the final race reflected the team’s strengthening pace and confidence through the second half of the virtual racing series.

With both drivers new to online sim racing competition, Rowland and Buemi used the opening rounds to settle in and adjust to their new sim racing set-ups at home. As the season progressed, their experience and pace developed leading to Rowland taking the team’s first win at race five in Berlin.

Rowland went on to take a podium in race six in New York, and fourth in race seven, again in New York. This late season surge from Rowland, backed up by two top ten finishes from Buemi, took Rowland to third in the drivers’ championship and the team to second – great results in what has been an extremely competitive and action-packed virtual racing series.

With the ABB Formula E Championship currently on pause due to the Covid-19 pandemic, the Race At Home Challenge was conceived to keep fans entertained and saw all 24 drivers and 12 teams compete on virtual Formula E tracks. Racing for a good cause, raising funds for UNICEF’s global coronavirus appeal that helps keep children safe, healthy, and learning in the face of the pandemic.

The ABB Formula E Race at Home Challenge is split into two grids and two races; the Driver Grid made up of Formula E racers, and the Challenge Grid of top-level sim racers.

Nissan e.dams fielded a handful of selected sim racers throughout the Challenge Grid races, with the professional sim racers on hand to coach the team’s race drivers on the intricacies of online sim racing.

The ABB Formula E Championship hopes to resume racing in the coming months, as soon as it is safe to do so.

Oliver Rowland: “Another very good race today. I was fortunate at the start that I was able to get a gap to the cars behind, and then it was all about being consistent in my lap times. A great day, but I’m a little sad that it’s all over as it’s been fun and great to support the UNICEF Covid-19 campaign. Hopefully, some time soon we can get back on track for real and I’m really looking forward to that. It would be great to carry on this form. Thank you to everybody for their support, and I hope to see you all soon.”

Sebastien Buemi: “I finished fifth today so it’s my best result for the series in the last race. I’m quite happy with that. Good job from Ollie to win again, and a good team effort overall. It’s been tough, I had to start from the beginning in sim racing and learn a lot. But, in the end, I got better and better, and I qualified much higher in the last two races. Overall, I’m really happy with the experience, and now I can’t wait to get back to the real racing, hopefully soon. I hope everyone enjoyed the sim racing action.”