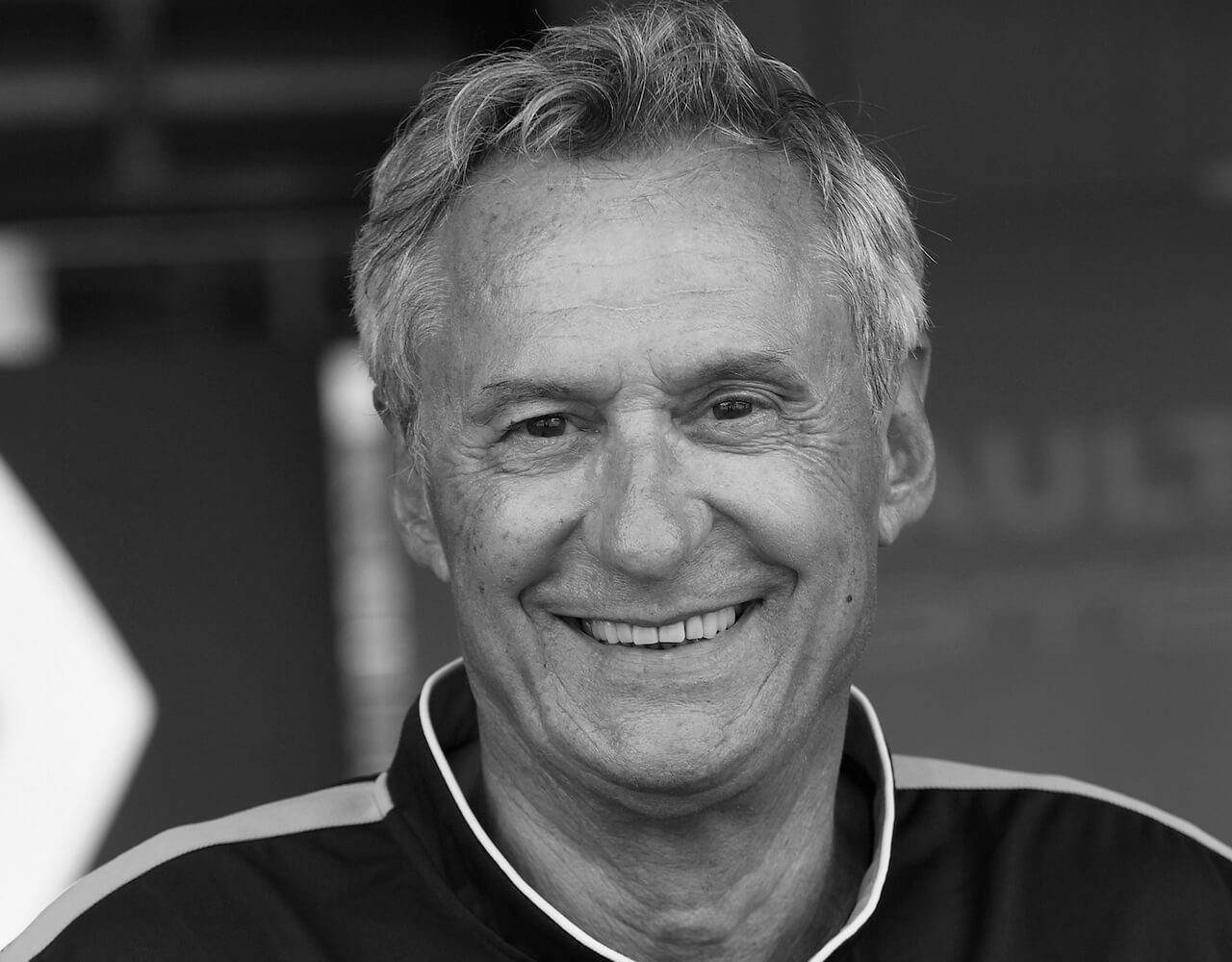 Jean-Paul Driot and DAMS: One Year On

You may have noticed we often use the hashtag #AllezLesBleus in our social media posts. It comes from a football chant for the French national team and simply means “Go Blues!”. It stands for passion and devotion – two words that quickly sum up Jean-Paul. He wasn’t just involved in motorsport because he could be. He created DAMS because he loved racing and shared the same competitive qualities you’ll find in any world champion.

Although DAMS is most known for its success in single seaters, Jean-Paul’s ambition led the team to pursue avenues in sportscar racing, entering the 24 Hours of Le Mans six times, the FIA GT Championship, as well as winning races in the Sports Racing World Cup and Porsche Mobil 1 Supercup and titles in Formula Le Mans Cup.

Jean-Paul had a way of spotting talent and nurturing it to allow it to blossom. Six drivers on the 2020 F1 grid raced for DAMS in the junior formulae, helping to shape them into the drivers they are today.

“Jean-Paul was very important in my career,” Romain Grosjean said. “He completely relaunched it in 2010 when we did Auto GP together and then GP2.

“I must say I take a lot of pride to see the team still performing at the highest level after helping them get back on track. Jean-Paul was a motorsport lover, a great person and I miss him a lot. He’s done so much for motorsport and me.”

Grosjean’s Haas F1 team-mate Kevin Magnussen won the Formula Renault 3.5 title with DAMS in 2013 prior to his move into F1 with McLaren: “I have some great memories from my time with DAMS,” he said.

“The team made a massive difference to me. The way they work is really similar to what I’ve experienced in F1 and being with DAMS really prepared me well. The professionalism and F1-like environment is all down to Jean-Paul. That season was a breakthrough year for me.”

Magnussen’s title was followed up the subsequent year by Carlos Sainz, who will soon adorn the famous scarlet red colours of Ferrari.

“Jean-Paul is by far one of the most special, passionate and unique characters I’ve met in all my years in motorsport,” he said. “I shared with him and the DAMS family the most important and successful year of my career prior to F1.

“I feel very lucky and grateful for all the advice and support he gave me and for the good moments we went through on and off the track. I will always cherish the experiences we shared together, and I know he is looking down on us and enjoying racing as always.”

Pierre Gasly had a strong campaign with DAMS, competing in his first full GP2 season in 2015: “I just recall the great times we had together, the fantastic results we achieved and the massive support Jean-Paul gave me throughout that year. It was an amazing experience working with him and I think I improved in many areas because of it.

“I have great memories of him but there’s one in particular that comes to mind: I remember going for dinner in Manhattan with Jean-Paul when I was in New York in 2017 for the Formula E race, standing in for Sebastien Buemi. It was really good to be with him that night, we had a lot of fun and Jean-Paul had great stories to tell. It was amazing to talk to someone with so much experience.”

Alexander Albon fought for the 2018 F2 title with DAMS, joining Toro Rosso the following year before being fast-tracked to Red Bull after just 12 Grands Prix: “I joined DAMS coming off a bad 2017 and I didn’t have much money or any big results to prove what I could do, but Jean-Paul believed in me. He signed me on as a driver without any real backing because he’s a true racer who supported me despite my situation.

“I enjoyed my time at DAMS a lot. They have a lot of passion and brains behind them, they’re extremely methodical in how they approach racing and you could tell they had a big F1 influence. I felt like the team really trusted me. DAMS was one of the few junior teams that listen to the driver and have a mutual respect.”

DAMS’ most recent F1 graduate, Williams’ Nicholas Latifi, was also a championship contender in 2019 and helped win the teams’ title which was dedicated to Jean-Paul’s memory.

“Jean-Paul played a big part in my journey to F1. He gave me a chance to join the DAMS family, as a driver with not much pedigree beforehand, and allowed me to learn and grow into the driver I am today.

“He supported me through all of the low and high moments and was always a voice of reason when I needed some advice. He also wasn’t afraid to give me a kick in the ass if he thought I needed it!

“One thing is for sure, I would not be where I am today without his support and trust in me.”

Jean-Paul’s legacy is continued by his two sons Gregory and Olivier, who have taken ownership of the team.

“One year has passed already since a great competitor and strong leader has gone from our lives and the DAMS family,” they said.

“Jean Paul is with us in every decision we make and each race we compete in. We miss him but we keep his legacy alive in running DAMS and e.dams. Thanks to the complementary strengths and values our father passed to us, combined with this amazing team we have, our competitive spirit is stronger than ever.”