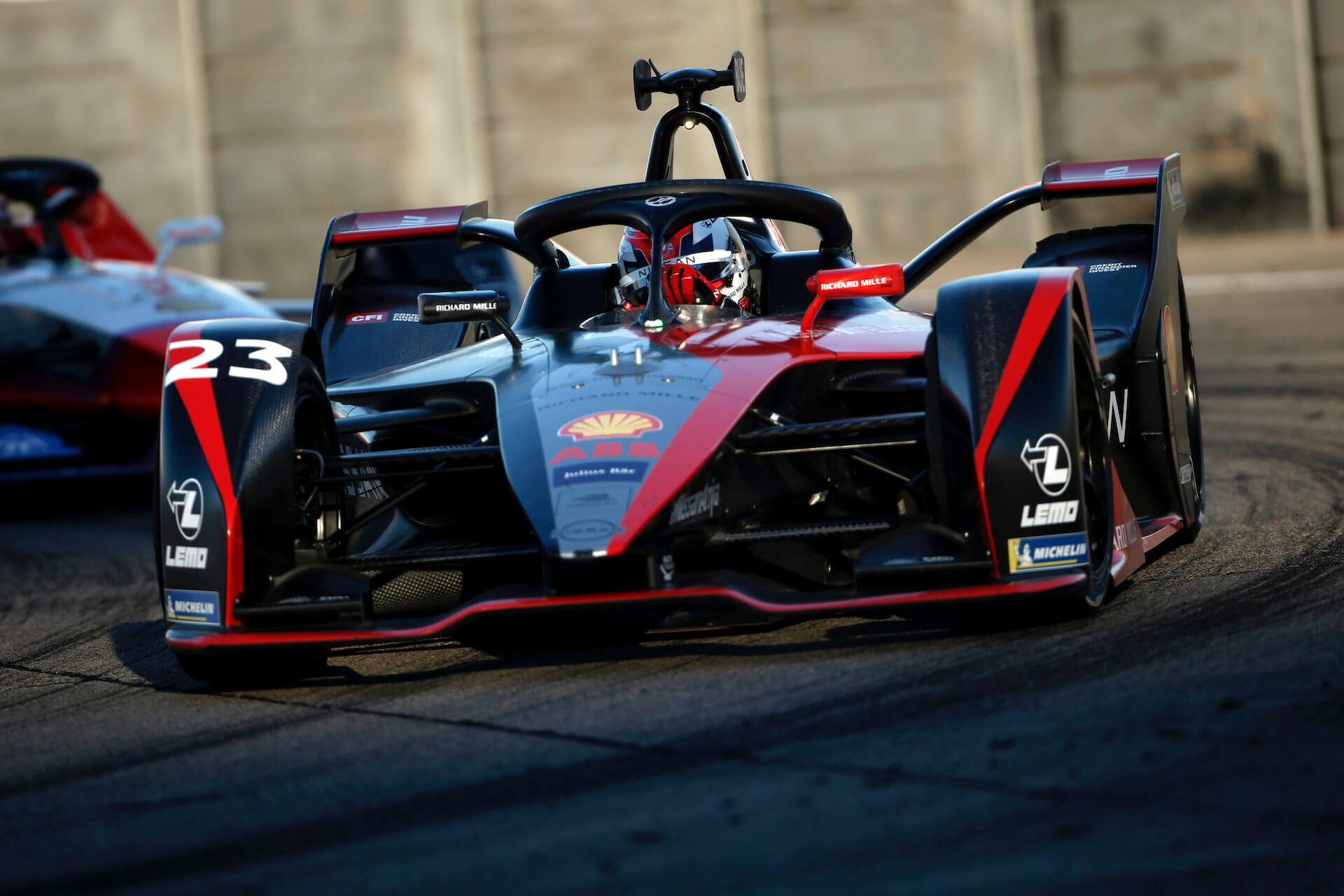 Nissan e.dams continued its impressive run of appearing in Super Pole at every track this season and scored a points finish in the first of six Berlin E-Prix to round off the 2019/20 ABB FIA Formula E Championship.

Sebastien Buemi made it five consecutive Super Pole appearances for the team by qualifying fourth on the reversed Tempelhof circuit layout in Berlin. Despite difficulties in the race, the Swiss driver battled for a position on the podium before finishing seventh for a third consecutive points finish, which only three other drivers have done this season.

Nissan e.dams was one of only two teams to have both cars inside the top 10 in qualifying after Oliver Rowland set the eighth best time, but the British racer had to recover from a pit lane start following multiple component changes on his car. Formula E rules dictate that he also had to serve multiple time penalties in the race as he could not serve a full grid drop. A strong drive brought him to the fringe of scoring points in 11th, but is classified 14th due to his time penalty.

With a second race on the reverse layout tomorrow, before returning to the traditional Tempelhof design this weekend, Nissan e.dams looks to improve on the foundations laid and be fighting towards the front with both cars.