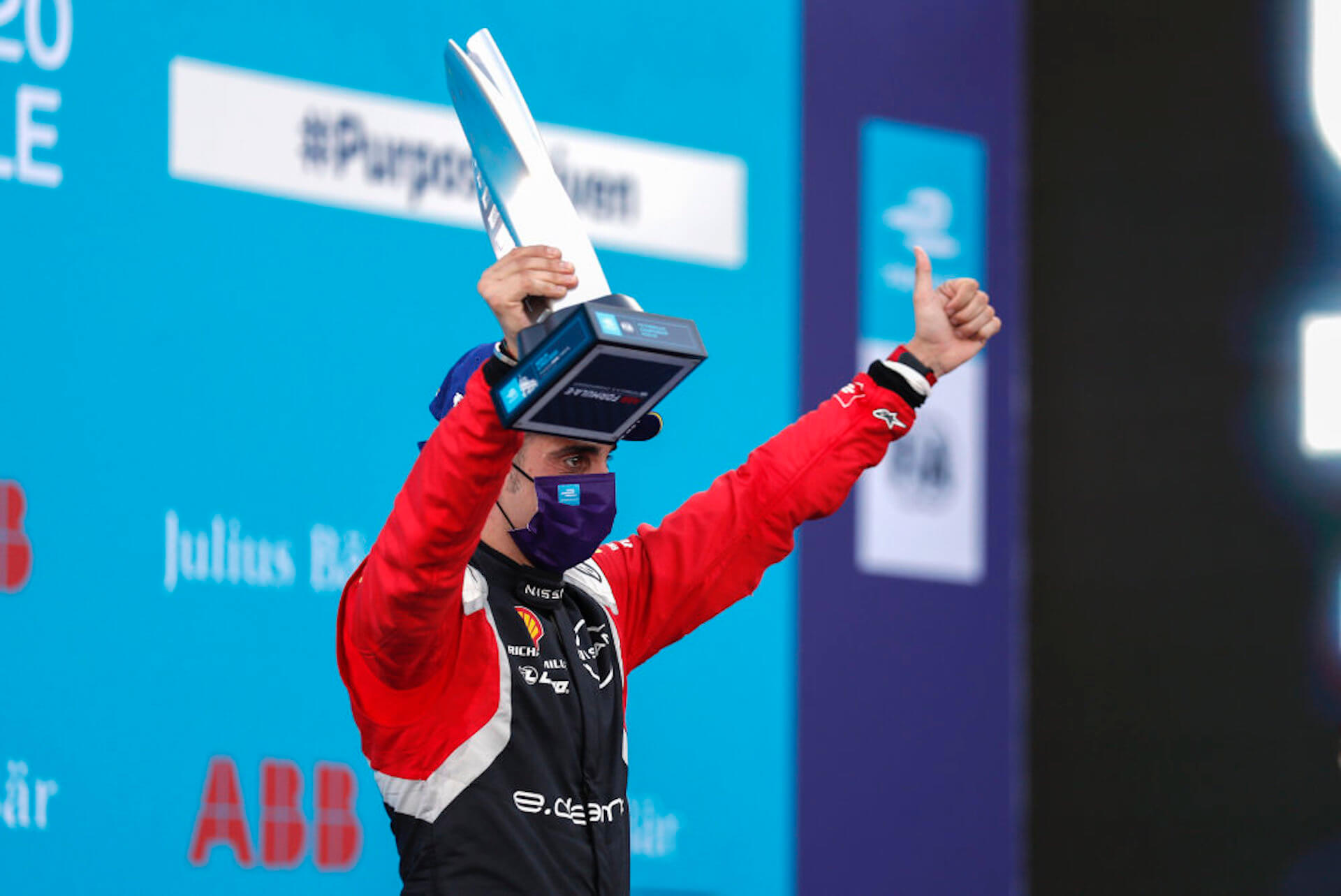 Sebastien Buemi claimed his and Nissan e.dams’ second podium of the 2019/20 ABB FIA Formula E season in the second of six Berlin E-Prix which make up the Season Six Finale.

Following yesterday’s strong double points finish on the reversed Tempelhof layout, the Swiss racer qualified second, extending his record for most front row starts, after securing an additional championship point by topping the group qualifying stage. The podium finish was the team’s fifth in the German capital and Nissan’s second in as many years.

Team-mate Oliver Rowland made it a double points finish in seventh, with the team one of only two to have both cars in the top seven. The result means both drivers are in the top 10 of the drivers’ championship (with Buemi sixth and Rowland 10th) and elevates Nissan e.dams to third in the teams’ standings.

The Season Six Finale continues with a double header on the traditional Tempelhof layout this weekend.