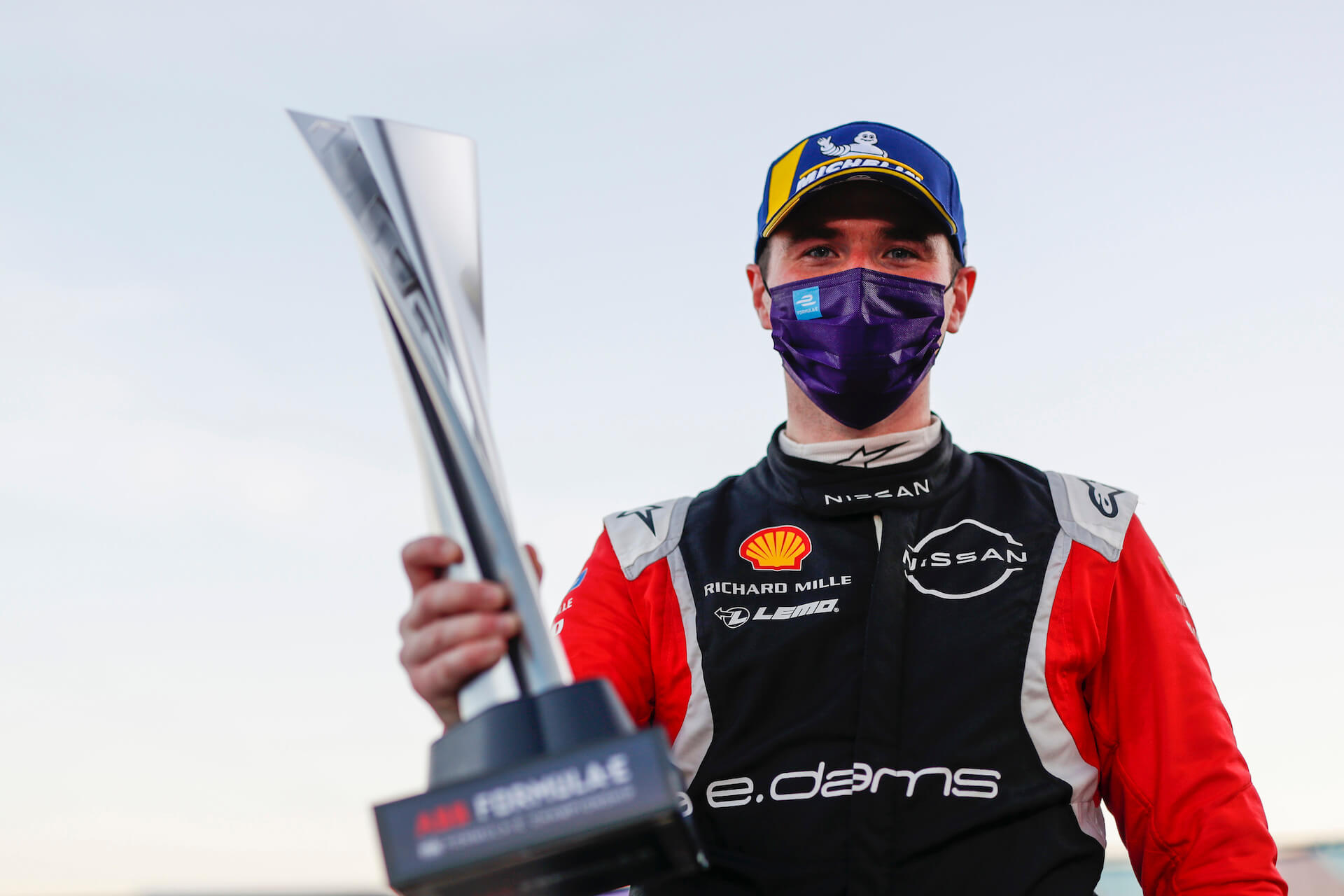 Nissan e.dams took its first victory of the 2019/20 ABB FIA Formula E season with Oliver Rowland at the penultimate round of the campaign from Tempelhof, Berlin.

After taking an incredible pole position, another season first for the team, Rowland dominated the race. He led from lights out to chequered flag, taking his first win in the all-electric series in style while managing the gap to the chasing pack.

Sebastien Buemi rose from 22nd on the grid, after he was unable to set a time in qualifying, storming through the field to cross the line 10th to score one point.

This leaves Nissan e.dams in a strong position to secure second in the teams’ championship, now 33 points clear with one round remaining. It also elevates Rowland to the vice-champion spot in the drivers’ standings, with Buemi now eighth.