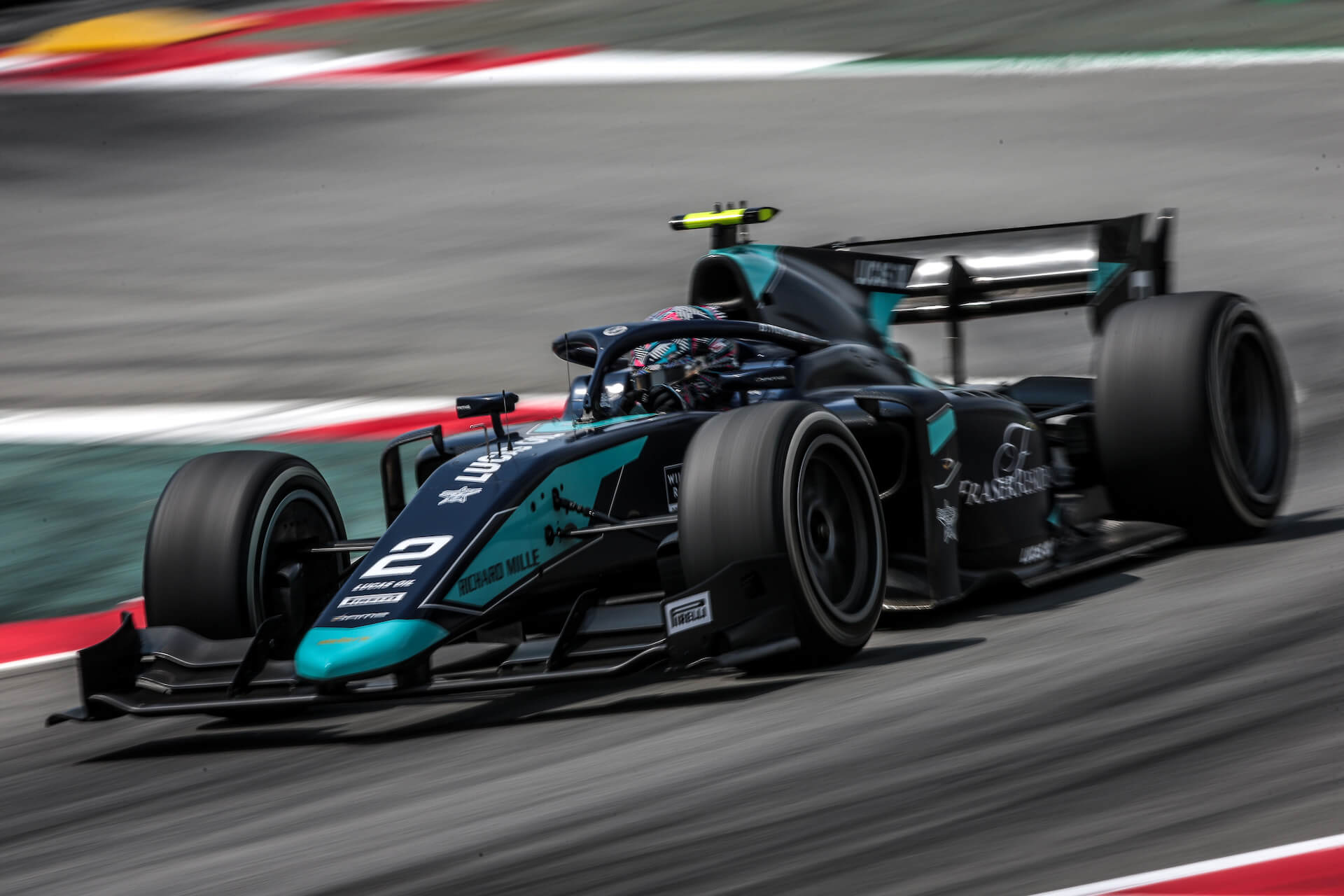 More points for DAMS in Barcelona

DAMS secured another points finish with Dan Ticktum in the sixth round of the 2020 FIA Formula 2 Championship from Barcelona. Unfortunately Sean Gelael had to withdraw from the weekend after a final lap incident in the Feature Race left him with a fractured vertebra.

Dan Ticktum: “It was a pretty strong start to the weekend with the best time in practice, but we didn’t get the tyres in the window for qualifying with everyone going slow in the final sector to prepare their laps, so I started eighth. The timing of the safety car in the Feature Race was incredibly unlucky. If we’d stopped one lap later then a podium was almost certain, maybe even a win. We tried an alternate strategy again in the Sprint Race, making a stop for the soft tyre because the hard wasn’t working for us. I started hauling in the cars in front but the stop needed to be a couple laps earlier to score points. Not an ideal weekend, but we’re looking forward to Spa in two weeks.”

Sean Gelael: “A tough weekend for me. I had a collision on the final lap which launched the car up and it landed heavily and I immediately felt some pain in my back. I was extracted from the car by the medical team and they took me to Barcelona Hospital for some precautionary checks and I was diagnosed with a broken vertebra, so I didn’t take part in the Sprint Race. I’m otherwise fine and went back to the hotel last night and now my focus is making sure to get the rest I need to get back in the car as quickly as possible. Thanks to the medical team and the hospital staff who looked after me.”

François Sicard, Team Manager: “Obviously this was not an easy race weekend, although it started off well with Dan fastest in practice. Unfortunately, we were unable to continue that in qualifying as once again the question of the new 18-inch wheels was raised and how to get the most out of them. It’s not an easy task to get the tyres in the right temperature window and it’s still something that needs work.

“We were on the verge of a strong result in the Feature Race, we had a good rhythm but one lap after Dan made his stop the safety car came out which meant our competitors had a free pit stop, so it was very hard to recover from this. Otherwise I think a top five finish was possible, and ninth was not a reflection of our performance but this is part of sport.

“In the Sprint Race we decided to pit as everyone expected massive degradation at the end of the race, which was a good decision. Maybe we should have done so two or three laps earlier as Dan was catching the field and maybe a top seven was possible. A very difficult weekend on the sporting side, but this is the racing life and now our focus is preparing for Spa.”

“Of course, we are relieved that Sean is okay after his incident, although he had to miss the Sprint Race and will be resting which is the priority. It’s never a good thing when your driver gets injured, but it could have been a lot worse. We wish him a speedy recovery.”