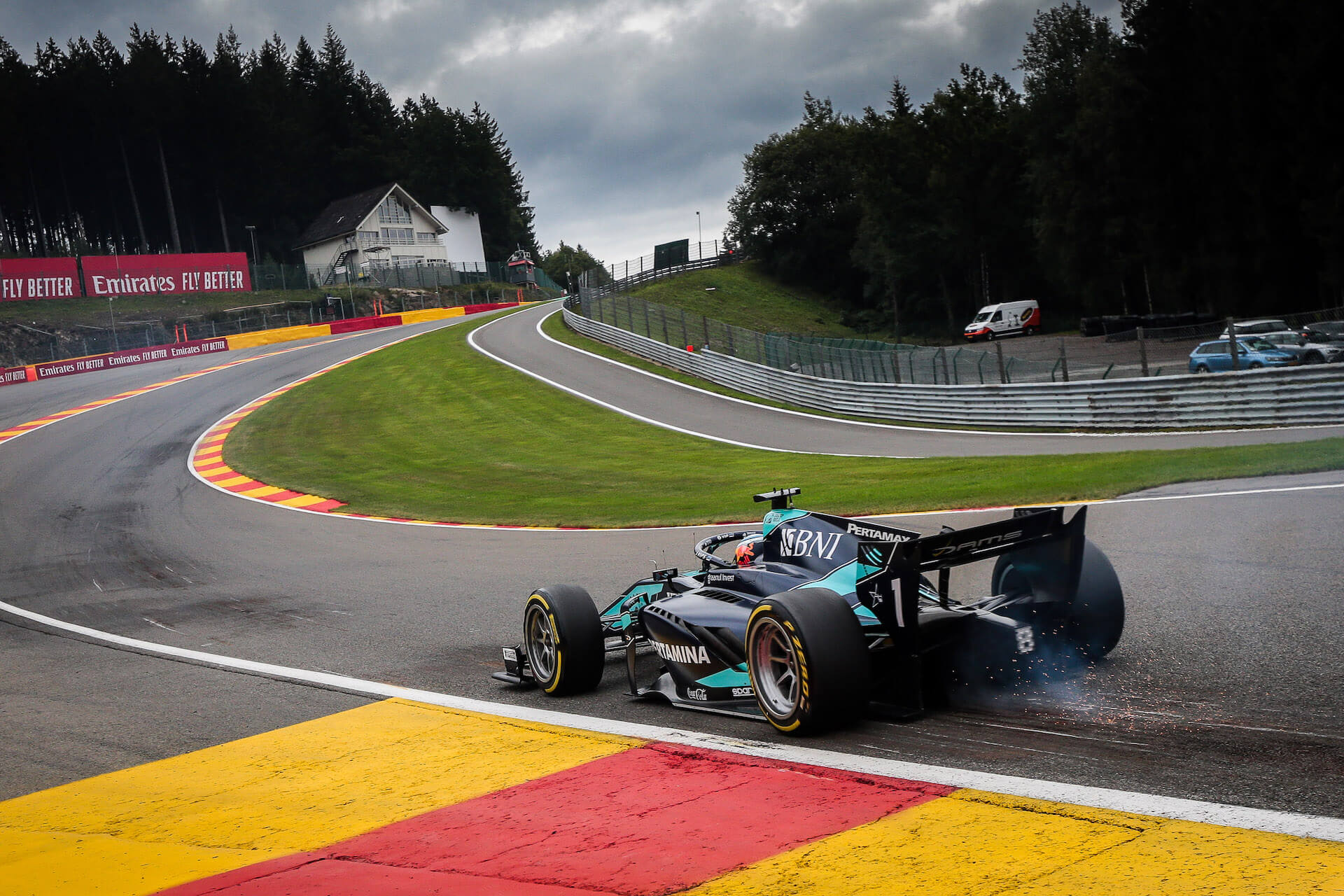 DAMS recovered to score points in the FIA Formula 2 Championship Feature Race at Spa-Francorchamps despite Dan Ticktum missing practice due to an inconclusive COVID-19 test. Debutant Jüri Vips could not take part in qualifying but put in two stellar recovery drives.

Dan Ticktum: “The start of the weekend was very tricky because I had an inconclusive COVID-19 test, so I wasn’t allowed into the paddock until I had a re-test which came back negative. Having missed practice I made a lot of mistakes on my qualifying lap because it was the first time I pushed the car, and the red flags just made it more difficult. We moved forward nicely in the Feature Race to sixth and the pace was really strong which placed us well for the Sprint Race. I had a good start, took the lead straight away then unfortunately got hit and my day was pretty much done because I had front wing damage, but we could have had a win. On the plus side, the pace is there so on to the next one.”

Jüri Vips: “I am very thankful for the opportunity DAMS gave me this weekend to take part in F2. I was surprised the pace was so good, given it was my first experience of the car, but we didn’t really get the results we should have because of a few small errors on my side that had very big consequences. We were matching the cars ahead of us, it’s just a shame we couldn’t take part in qualifying but it was a good learning experience. If we eliminate the small mistakes then we will be right up there.”

François Sicard, Managing Director: “A lot went against us this weekend. It was a very difficult challenge to arrive with a new driver, and it was not easy for Jüri either having never driven an F2 car before. To jump in and go is no easy task but he took it in his stride. It was a bit tough on Dan’s side following his inconclusive COVID-19 test which forced him to miss practice. At this level it’s very hard to only have two or three laps to get used to the set-up and speed, which is extremely high at Spa. So P14 was impressive but of course not indicative of our true pace. Unfortunately Jüri put the car into safety mode using the brake and throttle together to prepare the tyres and he didn’t know the restart procedure. It was a shame but understandable as he is completely new to the team and series.

“Both did an amazing job in the Feature Race. We had a very good car all weekend, just making some small adjustments which helped the drivers and they were happy. It put us in a good position for Sunday, it’s just a shame that Dan was hit while fighting for the lead which ruined his race. He kept the other cars behind him for a long time but eventually they overtook him. Jüri unfortunately stalled on the formation lap and had to start from the pit lane, but once again showed great speed on his way through the field.

“We didn’t score as many points as we expected this weekend, and things were made more difficult for us by issues that were out of our control but the performance of the team was very strong. So now we will try to bounce back for Monza.”