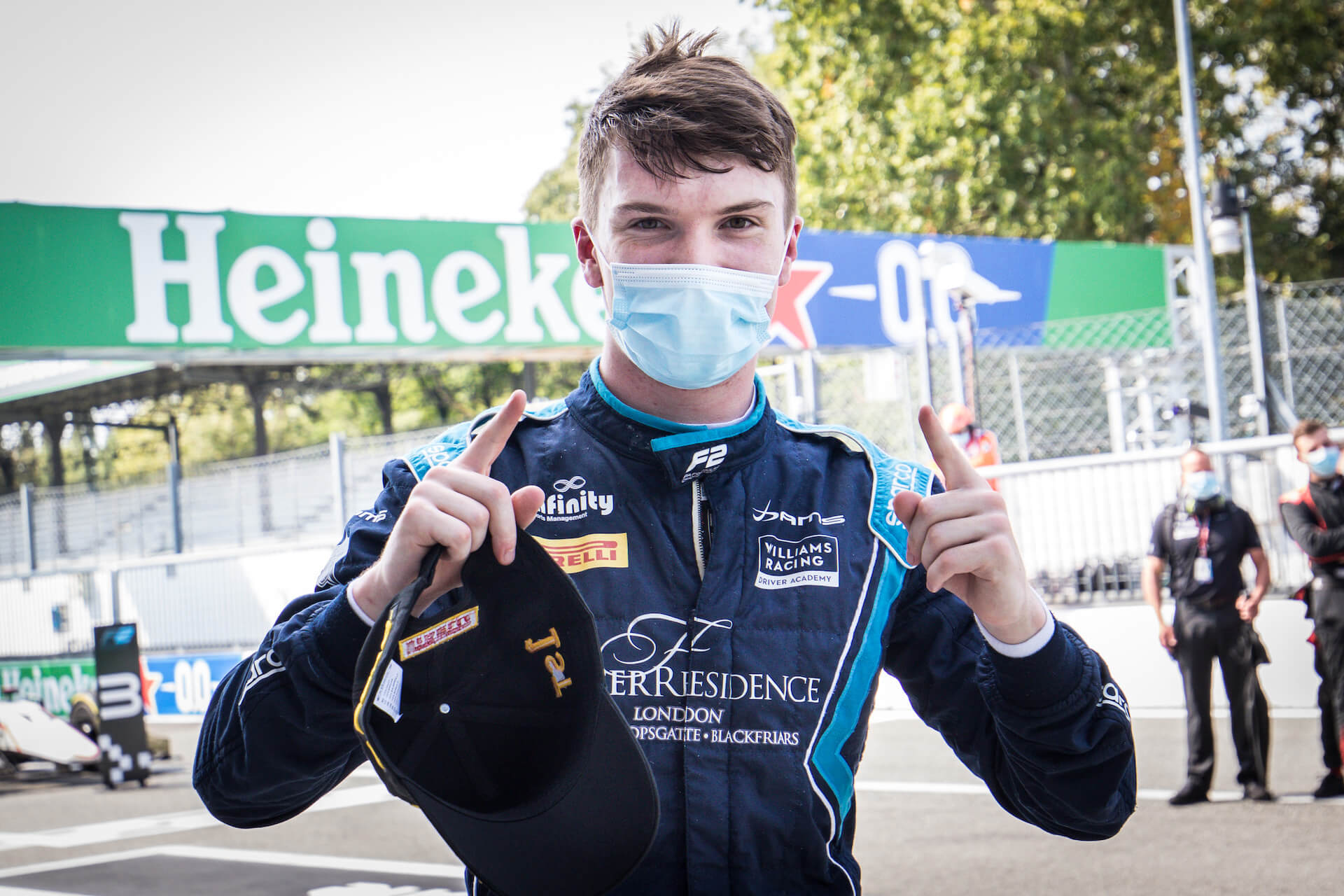 After taking a dominant on-track victory, Dan Ticktum’s car was disqualified from the Monza F2 Sprint Race for not providing a post-race fuel sample due to a leak in the spec fuel tank.

François Sicard, Managing Director: “This fuel tank problem has been known to the championship organisers and their suppliers for several races. The tank in Dan’s car was serviced three races ago, but we still had an issue. We had the right quantity of fuel for the race, in fact we put too much in as a safety margin and it’s a miracle we finished.

“Over 12 races, the #1 car had six DNFs due to engine-related issues and now, like many other teams, we have problems with the fuel tank and our case has been the most extreme. We finished the race but the fuel leak meant we failed scrutineering for something that is totally unrelated to the driver, the team and the engineers, who did their jobs well and properly calculated the fuel quantity. This has deprived Dan and DAMS of a great victory having dominated the entire race, and I understand why he is as gutted as we are.

“These issues cannot continue in such a championship, with the budgets required to participate and be competitive. It is simply unacceptable. Every team on the grid has had far too many problems out of their control since the beginning of the season. Overall reliability is urgently needed. This is a very competitive championship which has the potential to be great, but it is now up to the organisers and their suppliers to solve all these issues once and for all.”

Dan Ticktum: “The first five laps of the Sprint Race were very tense, because as soon as you break the DRS your chances of winning go up quite a lot. I was pretty much flat out early on and I was a bit worried about the tyre degradation for the end of the race, but after a few laps I was edging away and could relax. Of course I’m absolutely gutted by the disqualification. I know the team did nothing wrong and it was a problem out of their control. We executed a fantastic race today and I crossed the line first, so in my mind we’ve won.”

Jüri Vips: “Another weekend of learning on my side. We made a new seat for this race but it actually caused some issues. I wasn’t able to apply enough brake pressure and I was accidentally cross-pedalling with the throttle. This is just a consequence of the circumstances we are in, had we been testing or had some more track time we wouldn’t have this issue and could have started the Feature Race higher up. I still need to work on my tyre management, but again jumping in with no experience doesn’t help. I’m looking forward to Mugello. Hopefully we can have a good qualifying and a strong weekend.”