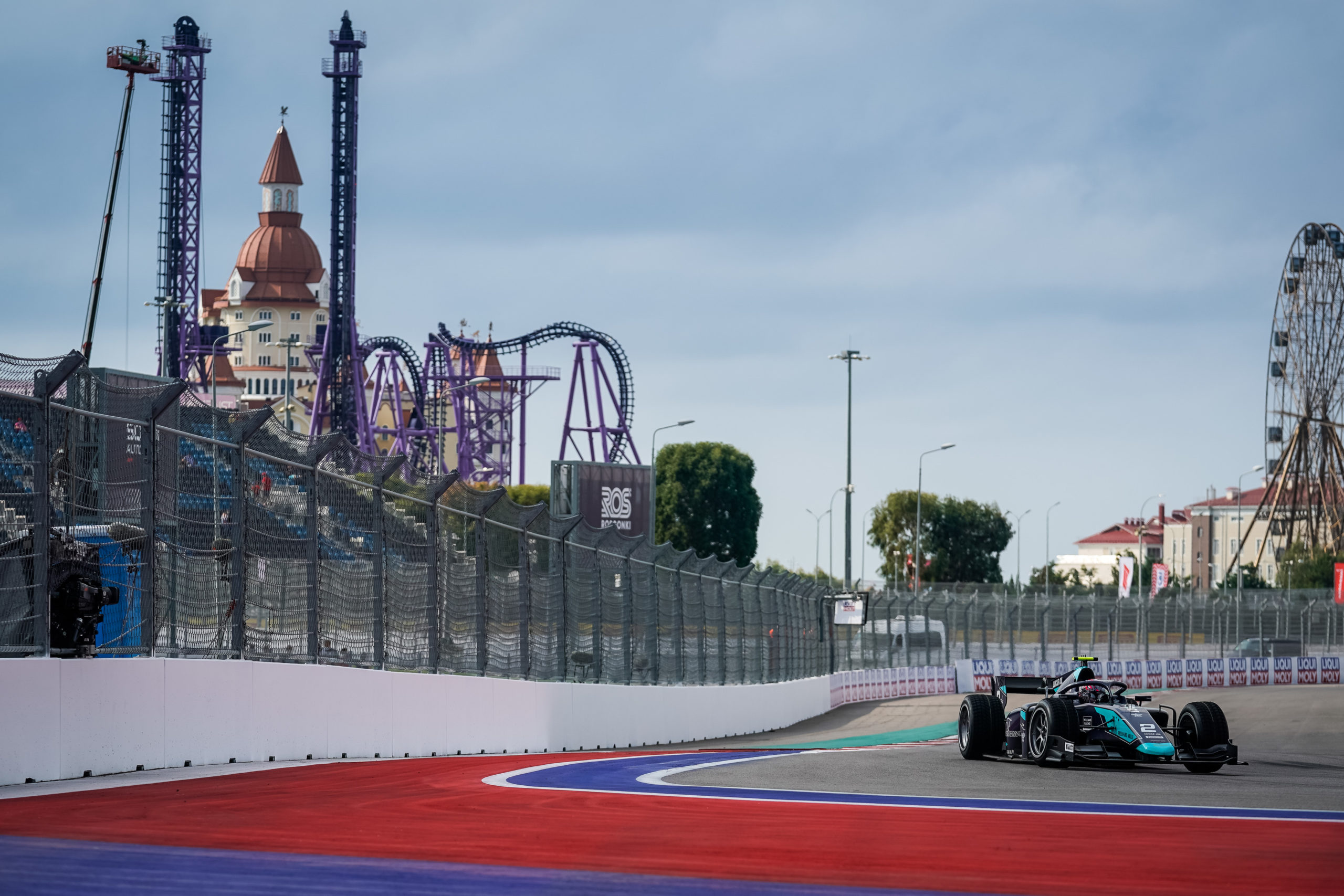 DAMS driver Dan Ticktum scored a pair of points finishes in a frenetic FIA Formula 2 Championship weekend at Sochi, Russia, with team-mate Jüri Vips denied a chance to show his full potential in his final appearance for the team this year.

Britain’s Ticktum climbed from 17th to 10th in the Feature Race, picking up two further points for the fastest lap, and was making progress on Sunday before a red flag ended his charge and he was classified eighth. Vips was hit out of the opener at Turn 2 and had made it up to 18th in the Sprint Race before the stoppage.

Sean Gelael will return to the #1 car for the championship’s next visit to Bahrain, with the team thankful for Vips’ work during the last four rounds.

Dan Ticktum: “It’s the first time I’ve been to Sochi and it was a pretty mixed weekend. Qualifying wasn’t good, we couldn’t get the super soft compound tyres switched on, which made the Feature Race difficult starting from 17th. We were quick and managed the tyres well, I lost some places on the start because of an incident ahead, but overall we were happy with the pace. Starting from 10th in the Sprint Race I felt we were quick again and could have made up some more spots. The focus is now on improving qualifying ahead of Bahrain.”

Jüri Vips:“It was a difficult weekend, I didn’t get many laps at all. We struggled in qualifying and couldn’t get the tyres up to temperature. The team worked very hard to solve the issues, but I got taken out in the Feature Race which is a shame. We could’ve had the chance to recover some points and had a positive weekend were it not for the first race incident. I’d like to thank DAMS for the opportunity to race in F2 these last four rounds, I really enjoyed it and hope I can join the team again in the future.”

François Sicard, Managing Director: “It was not the results we were expecting, especially after the strong pace shown in Spa, Monza and Mugello. We started on the wrong foot in qualifying and couldn’t manage the super soft tyres as well as we would have liked. It really damaged the drivers’ performance, which meant we were starting quite far back. The races were difficult with Jüri being hit from behind in the second corner on Saturday, forcing him to retire and putting him further back on Sunday’s grid. Dan was very impressive in the Feature Race and made up a lot of places on the prime-option strategy. We know where we went wrong and will learn from this heading to Bahrain, where hopefully the team can be at the same level as we were in the previous three rounds. Thank you to Jüri for all his hard work since filling in for Sean and we wish him the best of luck.”