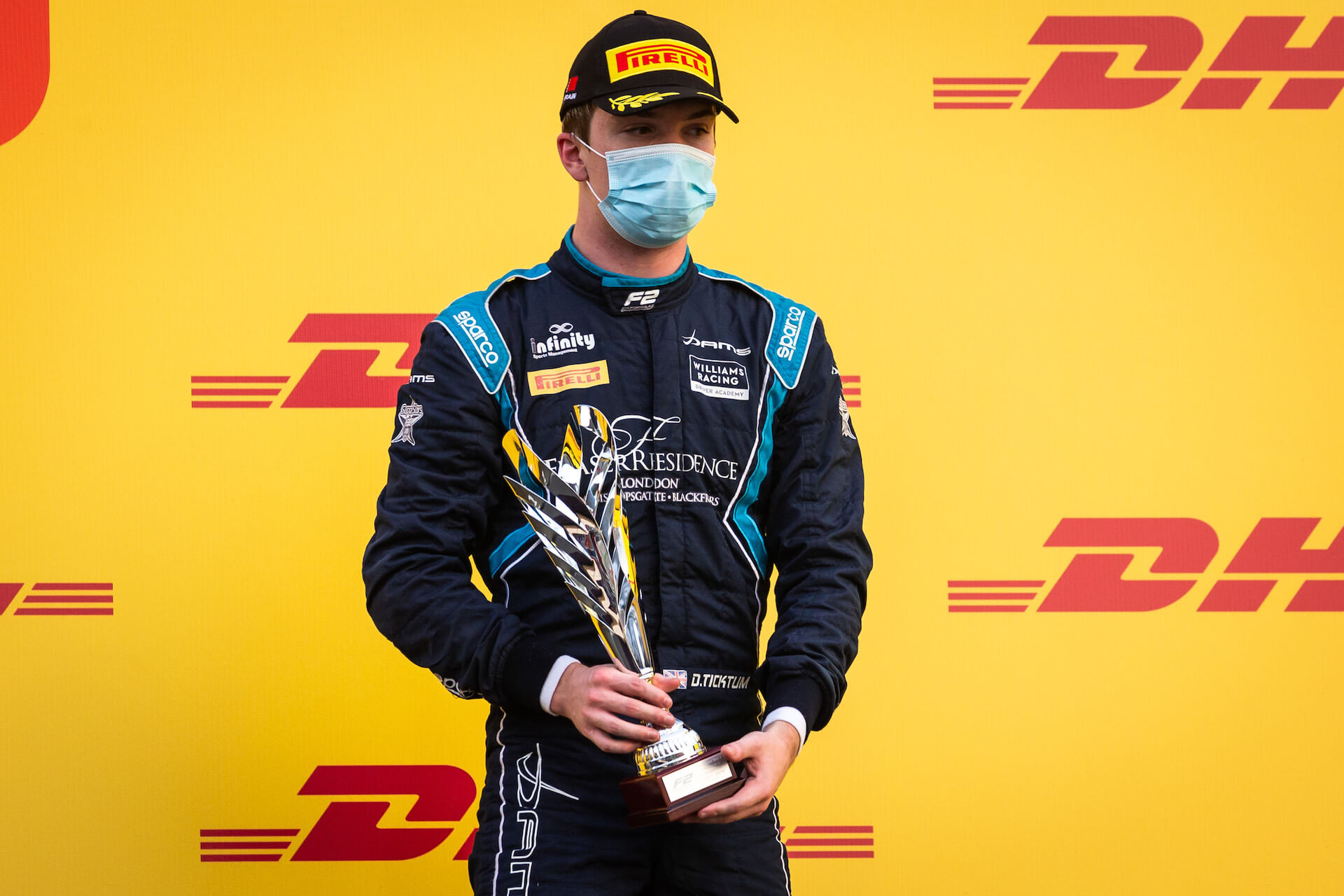 After securing reverse grid pole with his eighth-place finish in the Feature Race, Dan Ticktum claimed DAMS’ fifth podium of the season in the Sprint Race to round off the 2020 campaign on a high.

Dan Ticktum: “I did my best to defend the lead in the Sprint Race but we just couldn’t hang on to it and came home third. I would like to thank DAMS for giving me the opportunity of a top drive in F2. A year ago I was staring at the possibility of my career coming to an end but DAMS believed in me and gave me a shot, so for that I am very grateful.”

Sean Gelael: “I’d like to thank the whole DAMS team for their efforts this year and for sticking with me during my recovery time after I was injured. I struggled with getting the tyres up to temperature in qualifying because the track is unusually short, but I was able to make progress in both races. It was tough on tyre management but we pulled through.”

François Sicard, Managing Director: “We have finished the season on a high with a podium for Dan, hopefully this shows an upward trend for 2021. The races were interesting because the nature of the circuit meant everyone was packed together and fighting all race long, so it was tough to manage the tyre degradation. But we were able to start at the front for the Sprint Race and secure a podium.

“Our thanks to Sean and Dan for their efforts. This season has been pretty tough as the defending teams’ champions. It was not the year we expected and it’s been a bit of a rollercoaster with some great performances and some not as good. The challenge has been understanding the new 18-inch wheels, but also having lots of races in a row with very few breaks meant there was little time to analyse what we had done. Also we had an entirely new driver pairing, we had to learn each other, plus Dan was a rookie and Sean was injured mid-season, we lost some momentum because of these factors.

“Now we are focusing on the post-season test where we will try some new things that we were unable to trial during the year. It’s the right time for some technical development and investigation and to start preparations for 2021.”