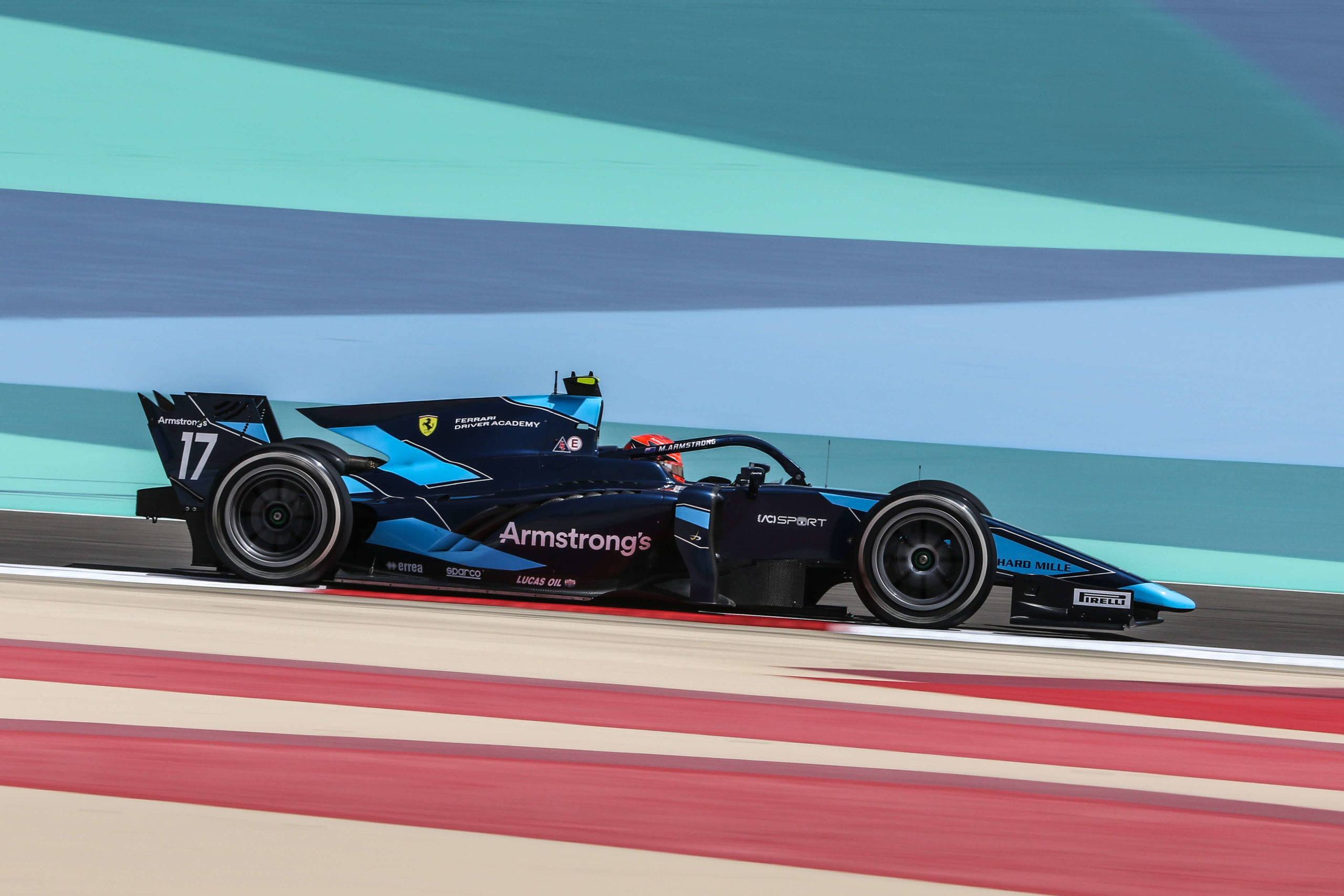 DAMS secured points in the first Feature Race of the 2021 FIA Formula 2 season with Marcus Armstrong storming through the field to take fifth place. The Ferrari Driver Academy member suffered a technical issue in the first Sprint Race on Saturday but fought back later that day to go from 20th to 10th in the second Sprint Race.

Roy Nissany showed good pace but was unlucky to be caught up in first-lap incidents in two of the three races.

Marcus Armstrong:“The conditions were quite extreme here this weekend but we were fast, whatever the weather threw at us. We had very positive long run pace, especially on soft tyres. Unfortunately, during the second run in qualifying we underperformed so this put us out of position. In the first Sprint Race we had a technical problem, we were down on power from the beginning of the race and then eventually it just let go. In Sprint Race 2 we managed to charge through the field. It was looking very good until the late Safety Car allowed others to change tyres. A podium could have been possible but we didn’t have a new set of tyres to put on. Finally, in the Feature Race we had a good strategy, we came through the pack and we managed our soft tyres very well. The Safety Car came in one lap too early and I didn’t have any temperature in my tyres to attack hard, but the important thing is we took home some strong points.”

Roy Nissany: “Not the weekend we expected. Our qualifying was compromised by not being able to record a decent lap on the first set of tyres and the session was difficult from there on with the red flag. Following that, we started from the midfield and tried to limit the damage by making up some places, eventually finishing just outside the top ten in Sprint Race 1. As for the Feature Race, I had a great start and then got hit from behind. It’s not an easy situation, there’s nothing we can do about it and we just have to accept it. I’m looking forward to our test in Barcelona, collecting some more data and moving on to the next round in Monaco. I’m sure we have great potential and we will show it very soon.”

François Sicard, Managing Director: “Overall, a disappointing meeting especially after the positive performance we showed in pre-season testing. We started very well, showing good pace in practice and the early stages of qualifying before the red flag. Unfortunately, our tyre warm-up hasn’t been strong enough and that has been extremely detrimental to our performance. At least we knew we were capable of much better.

In the first race Marcus had a technical issue, nothing to do with the team. Fortunately, it was solved for the next two races but still it put him on the back foot. Sprint Race 2 was good for Marcus. We went for a bold strategy with the option tyre and we showed our true speed. Roy was very unlucky, he was involved in a Turn 1 crash, lost his front wing and had to stop, costing him a lot of time.

Today’s Feature Race was much stronger, Marcus had brilliant speed with a great strategy and showed that we had the potential to score many more points. Roy was pushed off the track on the first lap, it was very unlucky again for him, there was nothing he could do. It’s obviously disappointing because we had higher expectations, nevertheless we showed solid pace. Now we have to prepare for the next event in Monaco. Before that we have three days of testing in Barcelona so we have to continue to work and make sure next time we deliver when it matters.”