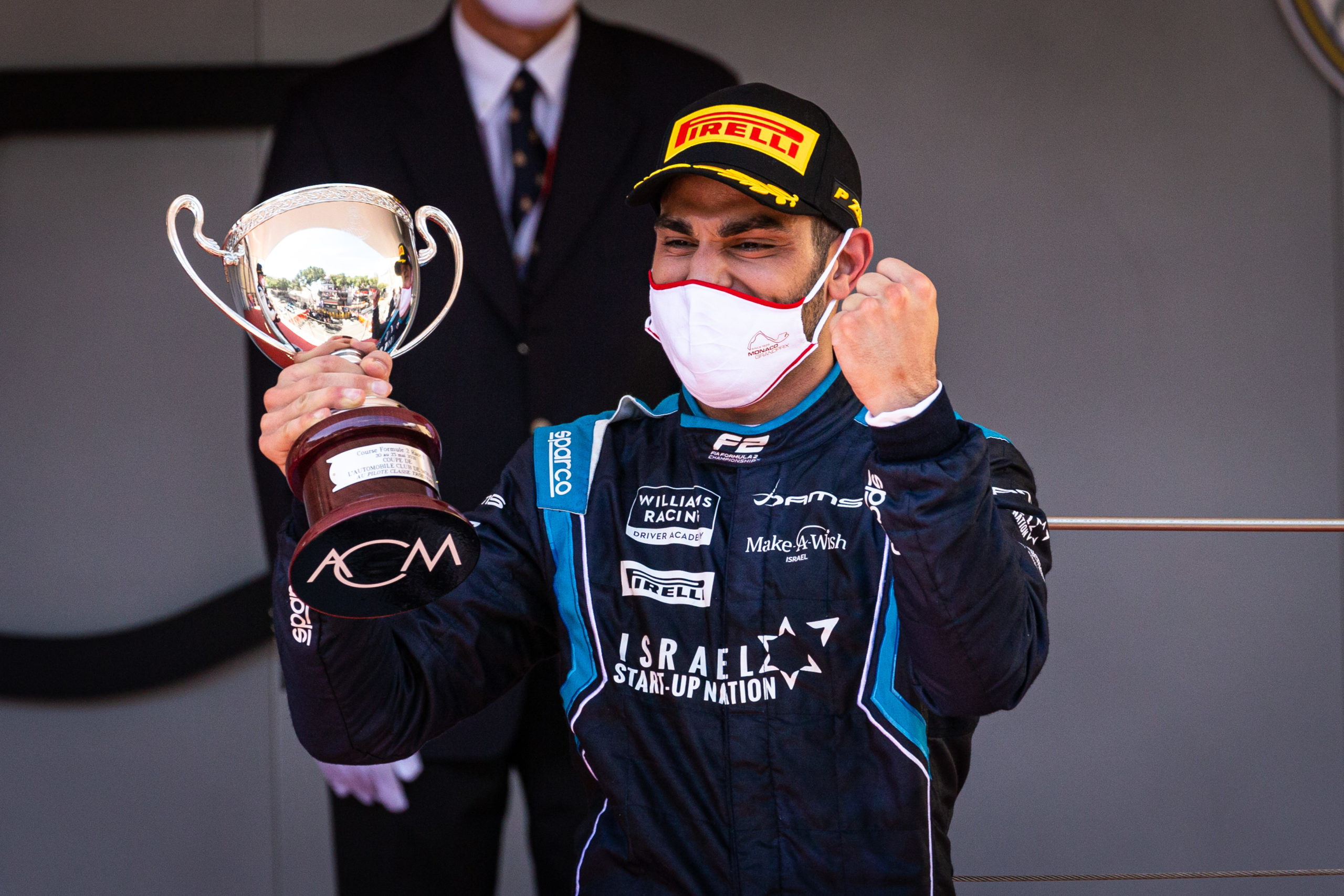 DAMS driver Roy Nissany scored his maiden FIA Formula 2 Championship podium in the first Sprint Race in Monaco after an excellent drive through the streets of the Principality.

The Williams Racing Official Test Driver qualified seventh, putting him fourth on the grid for the reverse grid Sprint Race 1. Following a perfectly executed race, Nissany met the chequered flag in third. He added a further two points to his tally with a ninth-place finish in the Feature Race.

After making up places from 14th on the grid, Marcus Armstrong put in a sensational last-lap overtake in Sprint Race 1 to claim 10th, diving up the inside of La Rascasse to secure the Sprint Race 2 reverse grid pole for the Ferrari Driver Academy member.

Unfortunately for Armstrong, he was forced to start from the pit lane on Saturday morning after stalling on the way to the grid. He was set for points in the afternoon’s Feature Race, with a great drive putting him in the top ten in the closing stages, but contact with another driver pushed him into the barriers and out of the race.

Roy Nissany: “I’m really happy to be leaving Monaco with a trophy after my first podium in F2. I had a really strong race on Friday, the pace was great and we deservedly finished in the top three. To be on the podium was a mega feeling, we worked really hard for this result in the simulator and with the engineers. I was pleased to score more points in the Feature Race, and we’ll be working hard before the next event to further improve our pace to fight for more points. I’m looking forward to Baku, it’s one of my favourite tracks so hopefully we can have another positive weekend.”

Marcus Armstrong:“It was great to be competing in Monaco but we didn’t get the results we wanted. In Sprint Race 1 we worked hard to take P10 and I’m really happy with the last-lap overtake to secure the position. Unfortunately, I stalled on the warm-up lap for Sprint Race 2 and that cost us the chance of a podium. In the last race, we had a good strategy and excellent speed. I was going for an overtake on another car but we made contact and I ended in the wall. Despite that, we still had great pace and I hope to carry that to the next round in Baku.”

François Sicard, Managing Director: “Monaco lived up to its reputation, it was a weekend of highs and lows. It was great to see Roy scoring points in two out of three races and taking his first podium. He’s been working really hard, so this is a deserved reward for all his effort with us. He had very good pace straight away and kept his composure to take third in Sprint Race 1. He missed out in Sprint Race 2 after a little mistake, but he had a very positive weekend overall, scoring more points in the Feature Race.

“It was a pretty tough weekend for Marcus, he had a difficult qualifying before an absolutely amazing comeback, clinching 10th in Sprint Race 1 and reverse grid pole. Unfortunately, he stalled on the way to the grid and had to start from the pit lane. In the Feature Race he came through the field strongly again, he was set for points but had contact with another driver and ended in the wall. It’s a shame because his pace was good, like it was in Bahrain.

“We’ve definitely got what it takes to compete, Roy showed that we have the potential be up there so we have to be confident for the coming events. Both drivers will be at the factory in Le Mans this week as we prepare for Baku, so we will be working hard to score strong points.”