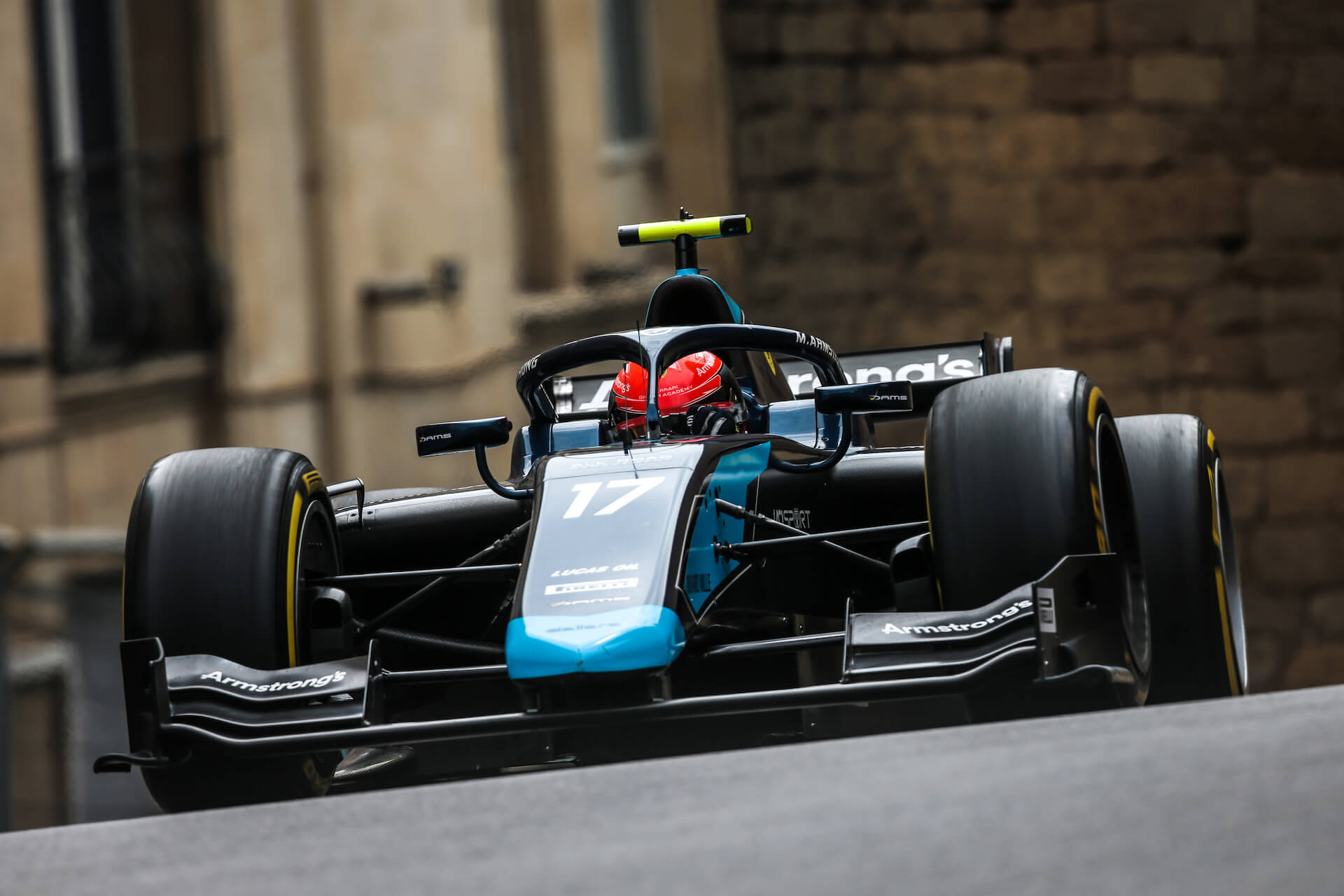 DAMS scored points with Marcus Armstrong in Sprint Race 1 in Azerbaijan, taking seventh place on the streets of Baku at Round 3 of the 2021 FIA Formula 2 Championship.

The Ferrari Driver Academy member showed pace all weekend but was unfortunate to be involved in incidents in Sprint Race 2 and the Feature Race while running in the points.

Following his podium finish at the last event in Monaco, Roy Nissany was unable to qualify after a crash in Free Practice, but moved forwards from his grid spot with strong drives in Sprint Race 1 and the Feature Race.

Marcus Armstrong: “We leave Baku disappointed but there are definitely some positives to take away. We had strong pace in practice and secured our best qualifying of the season before taking points in Sprint Race 1. In Saturday’s second race we were running well, but I made a mistake and ended in the wall. We got a good start in the Feature Race, picking up a place into Turn 1, but we were hit into Turn 3 and forced to retire. It’s very frustrating, but we have to take the positives and come back stronger.”

Roy Nissany: “It was a really frustrating weekend for me. We had good pace in the first part of Free Practice, but I made a mistake towards the end and had a nasty accident. The team worked hard on the car but couldn’t fix it in time for qualifying, which meant I had to start at the back in Sprint Race 1 and the Feature Race. We managed to move up in those races, but it’s difficult to score points after missing qualifying. A weekend to forget, but we have plenty more chances this season to make up for it.”

Francois Sicard, Managing Director: “On the whole it was a frustrating weekend for DAMS. Marcus was strong in practice and qualifying and made a big improvement on his grid position from the first two rounds. For Roy it was difficult, he made a small mistake but it had big consequences, so he missed qualifying. Marcus had good pace in the first part of Sprint Race 1 but suffered with tyre degradation at the end and dropped back, but still scored points. Incidents in Sprint Race 2 and the Feature Race made it a very frustrating weekend overall for him. Roy had good pace in Sprint Race 1 and the Feature Race, gaining several positions from his grid slot. Now we have to get back to the factory and work together as a team to return to where we expect to be at the next events.”