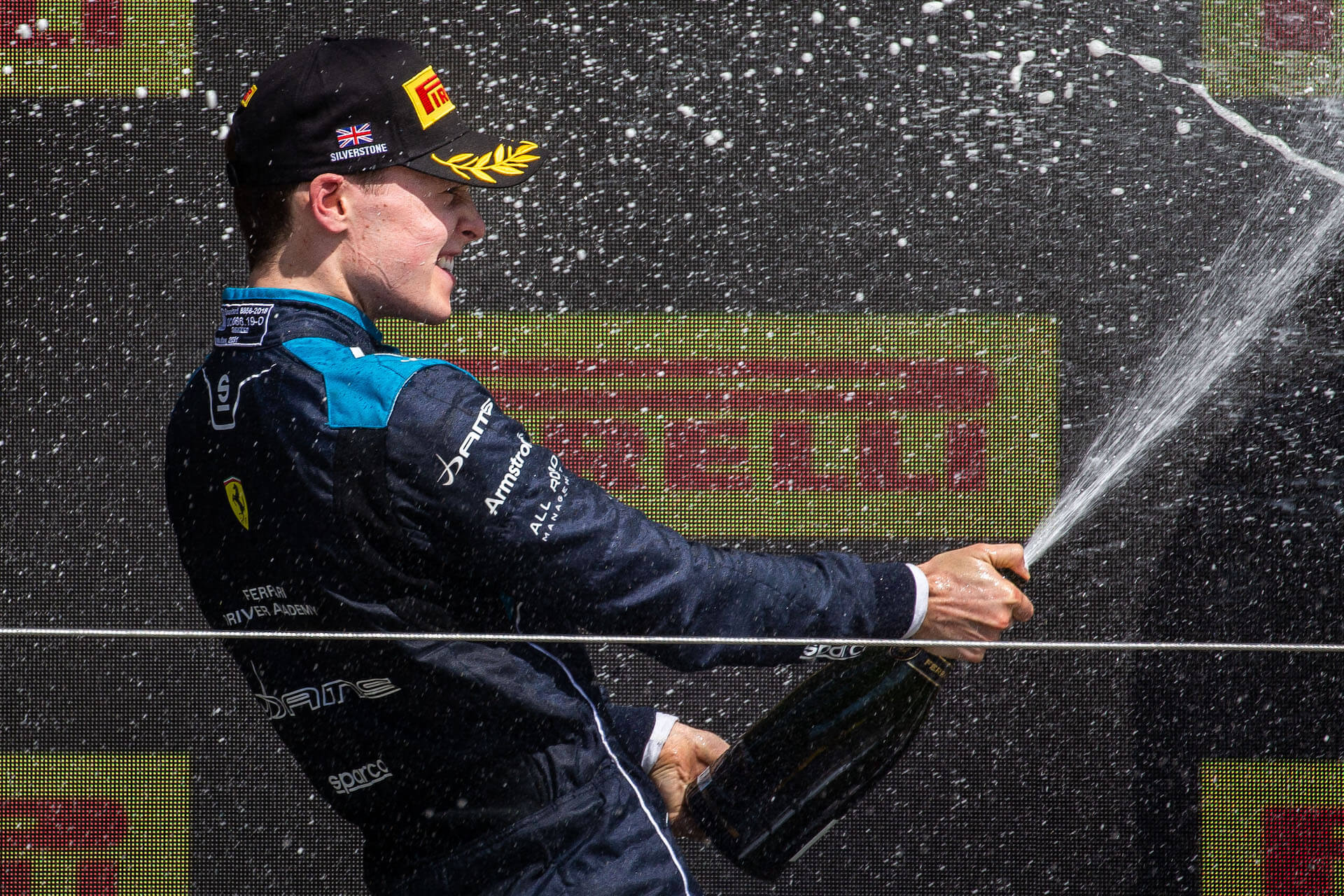 Marcus Armstrong claimed his first podium of the 2021 FIA Formula 2 Championship at the legendary Silverstone circuit in Great Britain.

The Ferrari Driver Academy member finished second in Sprint Race 2 after securing a front row start with a brilliant opening lap to the first race of the weekend, in which he made up five places.

Roy Nissany of the Williams Racing Driver Academy secured eighth in Qualifying, and also put in a storming drive in Sprint Race 2 to go from 21st on the grid to 12th at the chequered flag.

Marcus Armstrong: “This podium has been a long time coming. I thought the win was possible but Verschoor got a good start from pole and from there it was a bit of a procession. We put pressure on him but it’s tough when you get so much aero wash from the driver in front. The car was extremely strong, it’s a shame we couldn’t extract all the performance in Qualifying but we’re heading to circuits like Monza and Sochi where I’ve had great success in the past. Hopefully this is the start of a good run of results.”

Roy Nissany: “We had a lot of potential this weekend. I was very happy with my qualifying performance, being incredibly close to the top four shows what we can do. Unfortunately, I made a mistake at the start of Sprint Race 1 and had to retire. It’s a shame because I made up nine places in the second race so we clearly had speed. There was an issue during my pit stop in the Feature Race that cost us some time and as it was so hard to overtake on this track we couldn’t recover. The good news is it’s possible to fight at the front and it’s only a matter of time until we realise our potential.”

François Sicard, Managing Director: “We round out the opening half of the season with a positive weekend as Marcus secured his first podium of the year and the team’s second. It was not a perfect weekend as Qualifying was not so strong, but he drove fantastically in Sprint Race 1 to get second on the grid for Sprint Race 2. Roy had an extremely impressive Qualifying in eighth, just 0.078s from the second row of the grid. Unfortunately, he had an incident in the first race, but his performance in the second proved his pace at Silverstone. We expected to score points in the Feature Race, however it was incredibly difficult to overtake and a lot of drivers struggled with this. We didn’t fulfil our true potential here, but we now have a bit of a break and focus on Monza in September.”