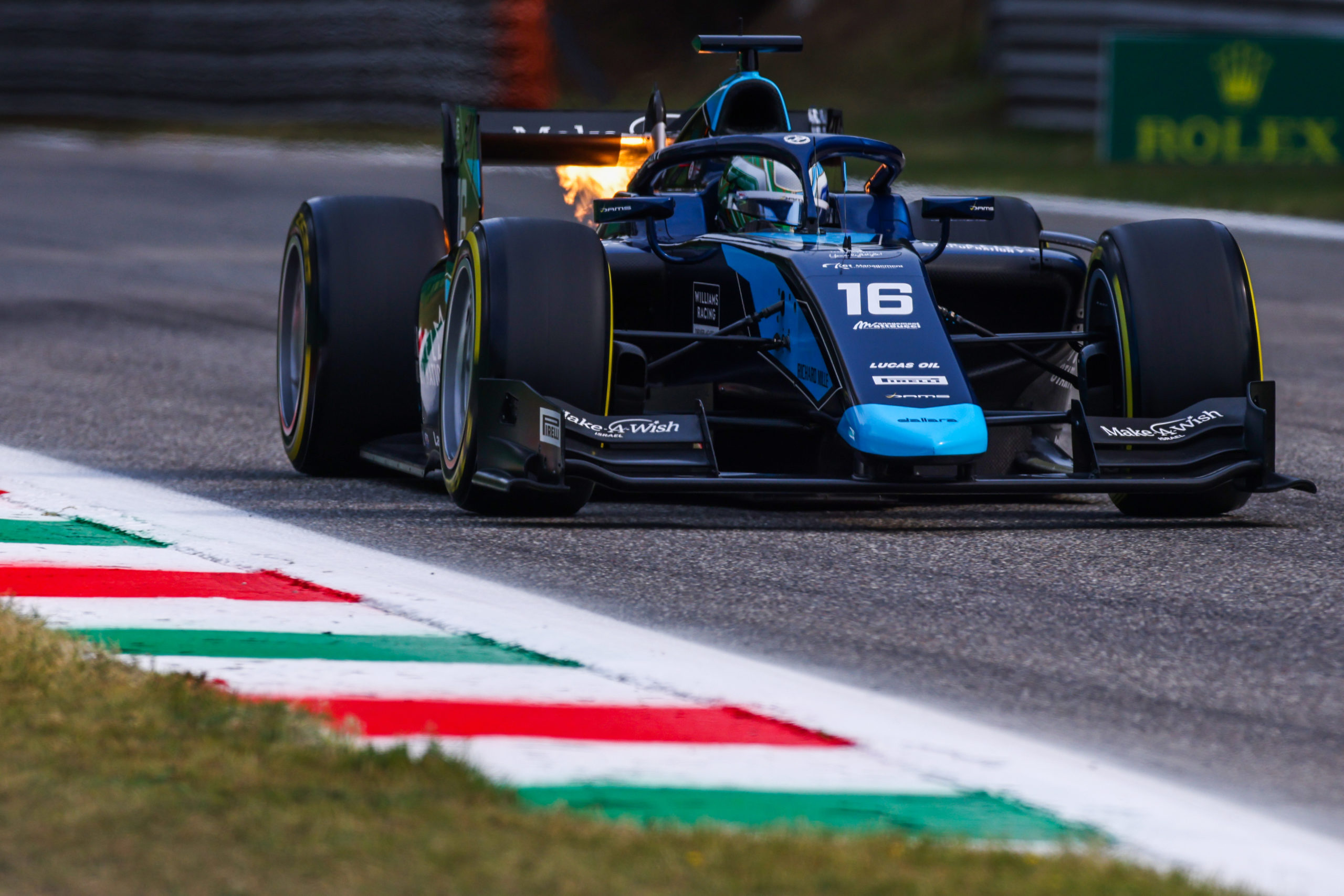 Roy Nissany and Marcus Armstrong secured a double points finish in the FIA Formula 2 Championship Feature Race at Monza in a weekend limited by technical issues in Free Practice.

Neither driver could complete much meaningful running on Friday morning, leading to a difficult qualifying session. From 15th and 17th on the grid respectively, Nissany and Armstrong battled hard through a chaotic 30-lap Feature Race to finish eighth and ninth, both adding to their championship tally.

Roy Nissany: “We had a technical problem in Free Practice which prevented us from running, making it difficult to adjust to the car and get the balance right in time for qualifying. In Sprint Race 1, I was hit at the first corner and had to pit at the end of lap 1. We recovered really well and it was impressive that we finished in 11th. The Feature Race was pretty crazy, there was a lot going on with strategy. We had to stay out when the majority of the field pitted under the first Safety Car as we started on the medium tyres, but fortunately it came out again and we were able to have a good stop and take ninth. Our focus now turns to Sochi, where we’ll look to put the technical issues behind us and target more points.”

Marcus Armstrong: “Free Practice was difficult following our technical problem, the team did well to fix the car, but it made qualifying far more difficult due to the lack of track time. In Sprint Race 1 we were going well but I made a mistake at Ascari and lost the car, which is very disappointing for me and the team. Sprint Race 2 was always going to be tough from the back but in the Feature Race we made up several positions to score points. It was a hectic race but the car felt good despite some tyre degradation towards the end. I’m happy to have Marcus in the top 10 with me and we can take the positives to Sochi and hope for a smoother weekend.”

François Sicard, Managing Director: “After a long summer break it was a frustrating return on Friday, with both cars having technical problems which were out of our control in Free Practice. It made qualifying very difficult as neither Roy nor Marcus had much track time before the session. Roy was doing brilliantly in Sprint Race 1 but pushed just a bit too hard and had a spin. Marcus recovered well after he was hit at Turn 1 and was unfortunate to miss out on reverse-grid pole for Sprint Race 2 after a great drive. On Sunday we split the strategies. It was difficult for Marcus as he started on the mediums, so couldn’t pit under the first Safety Car when most of the pack came in for new tyres. Both drivers performed very well to get themselves into the top 10, and we now have to look forward to Sochi and aim to fight for more points there.”