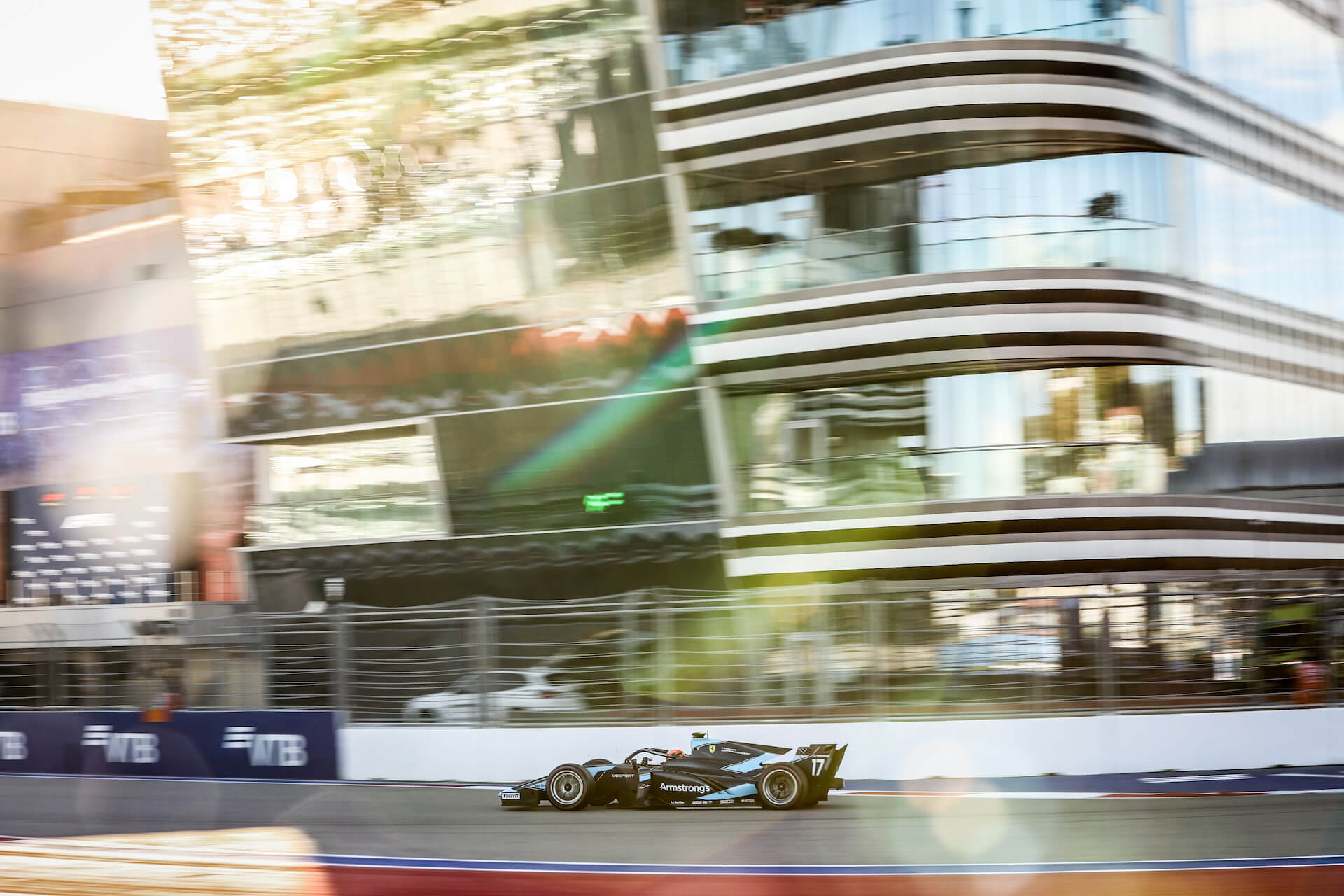 DAMS just missed out on a points finish in the FIA Formula 2 Championship Feature Race in Sochi, Russia, with Marcus Armstrong 11th.

Marcus Armstrong: “We were just a couple hundredths of a second away from starting on reverse grid pole in qualifying. Obviously that was a bit frustrating, especially as overtaking was then incredibly difficult in the Sprint Race because the only dry part of the circuit was the racing line and DRS wasn’t activated. We had a chance to score points in the Feature Race but we had a slow pit stop and that cost me some time. Overall, not a fantastic weekend but we have a big break until the next race for us to look at what we can improve.”

Roy Nissany: “It was looking like we might make it into the top 10 on the grid, but my front wing was broken early in qualifying and we couldn’t realise our potential. We had decent speed by the end of the Sprint Race but it wasn’t enough to make big progress, especially as you couldn’t go off line to overtake and there was no DRS. Unfortunately, I received a five-second time penalty in the Feature Race and we couldn’t score points. We’ll be working hard to make sure we end the season well in Jeddah and Abu Dhabi.”

François Sicard, Managing Director: “Qualifying was disappointing for us, one tenth quicker and we would have started seventh today with Marcus so the field was incredibly tight. We had some dreadful weather on Saturday that meant we only did one Sprint Race as parts of the circuit were flooded in the morning. The track was still drying when we got underway and with DRS not being activated, overtaking was very challenging. We expected to score some points this weekend but we had a delay on Marcus’ pit stop in the Feature Race and Roy was also compromised by a five-second time penalty. It’s 10 weeks until the next race in Jeddah so we have plenty of time to analyse the last two events and make adjustments for the closing races of the season.”